Seattle survivor of Las Vegas shooting: 'It’s not something you can just get over'

"I don't want people to wait until they're affected to take action," Seattle resident Emily Cantrell said reflecting on her own involvement in gun safety legislation following last year's shooting in Las Vegas. 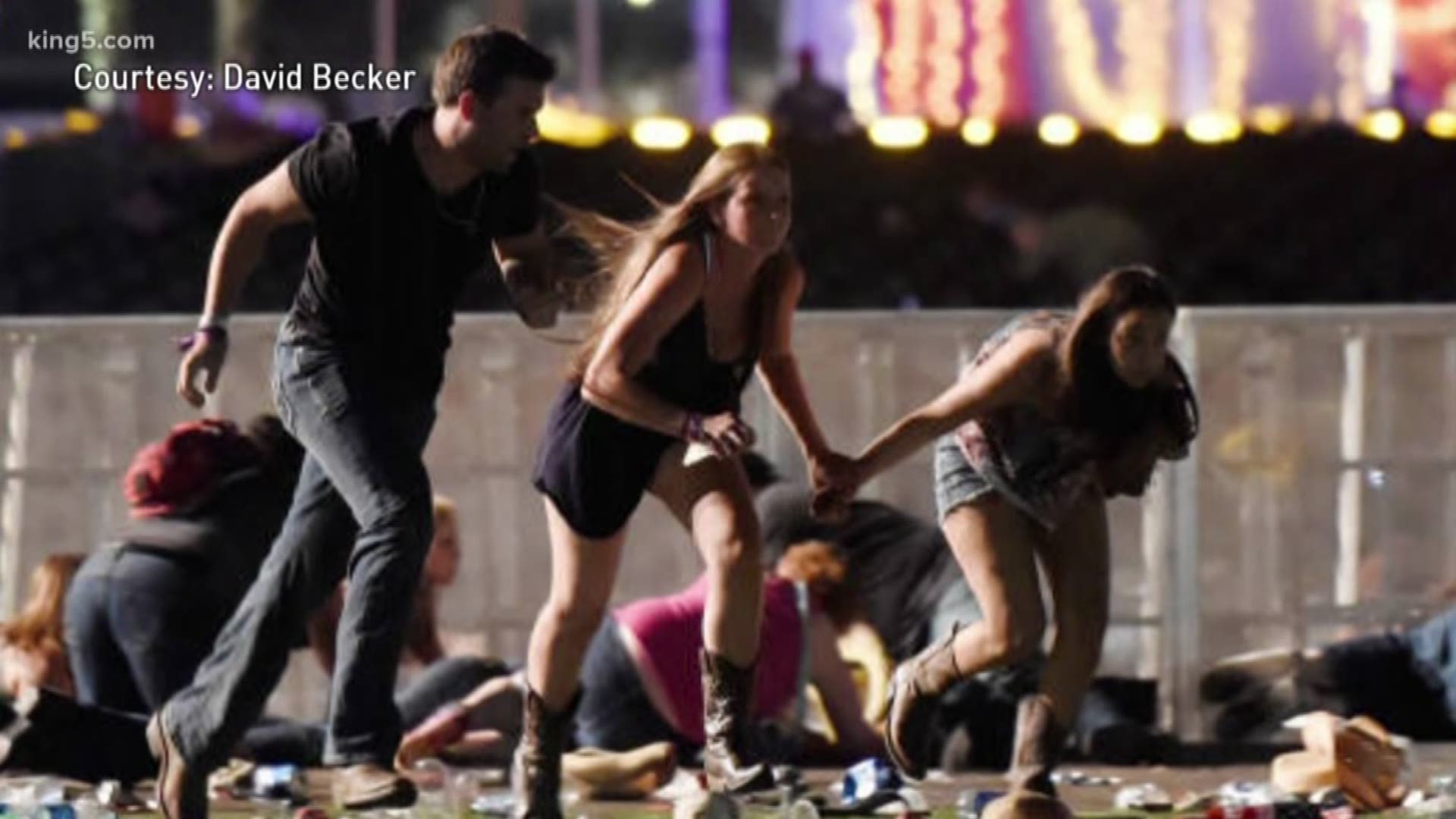 It has now been a year since the deadliest mass shooting in modern U.S. History. One year ago, 22,000 people were in a crowd when a gunman opened fire on the fans attending the Route 91 Country Music Festival. 58 people died and more than 400 were injured.

Among the thousands in attendance was Seattle native Emily Cantrell. Cantrell was with her fiancé at the festival, a show they traveled to three years in a row. The night of the shooting Emily was near the stage as Jason Aldean performed and the gunman opened fire.

“It’s not something you can just get over, it’s something even time, even time is difficult for it to heal,” Cantrell said.

“We heard what we thought were firecrackers,” Cantrell said. “Then we heard them again and the girl next to us dropped down with blood on her leg and that’s when we realized that it was not firecrackers, that the noise we were hearing was gun shots.”

“A helicopter was going overhead so some people thought the shots were coming from the helicopter up above,” Cantrell added. “We ran and we dove and we ran and we dove. We would run in between the breaks of gunfire and eventually when it started back up again we would dive.”

“I ended up inside an airport hanger where we stayed for a couple of hours until the police came and we were bused to UNLV,” Cantrell said.

When Emily and her fiancé returned to safety they immediately planned to jump on the very next flight back home to Seattle.

It wasn’t long after her arrival that she started her work to stop shootings in America.

She wrote a letter to Senator David Frockt that included these words.

“I can’t comprehend how our country has allowed mass shootings to become normal, thoughts and prayers are never enough, we must take action,” Cantrell said in her letter to Senator Frockt. “While I try to be #VegasStrong, true healing will not begin until I know I’ve tried to make a difference and try to keep this from happening to anyone else.”

Since that letter, she’s testified on gun legislation in Olympia and joined two non-profits working to stop shootings in America.

She hopes more people get involved too.

“I would say that a lot of people think, ‘Wow, it’s so sad that this shooting happened or that shooting happened, but they feel that it won’t happen to them. That it won’t happen in their backyard. But it will, if we don’t do anything, it will happen to you or someone you know,” Cantrell said. “Once you’re affected by this odds are you’re taking action, but I don’t want people to wait until they’re affected to take action.”

But through her grief and heartbreak for all those injured and killed that October night, Cantrell is still mindful of all the good that exists in the world.

“There might be a few really, really bad people in this world, but there’s a lot of good and we don’t want to forget that,” Cantrell said.