Seattle students and Councilmember Kshama Sawant have called for a city-wide walkout Tuesday opposing teacher transfers within the district. 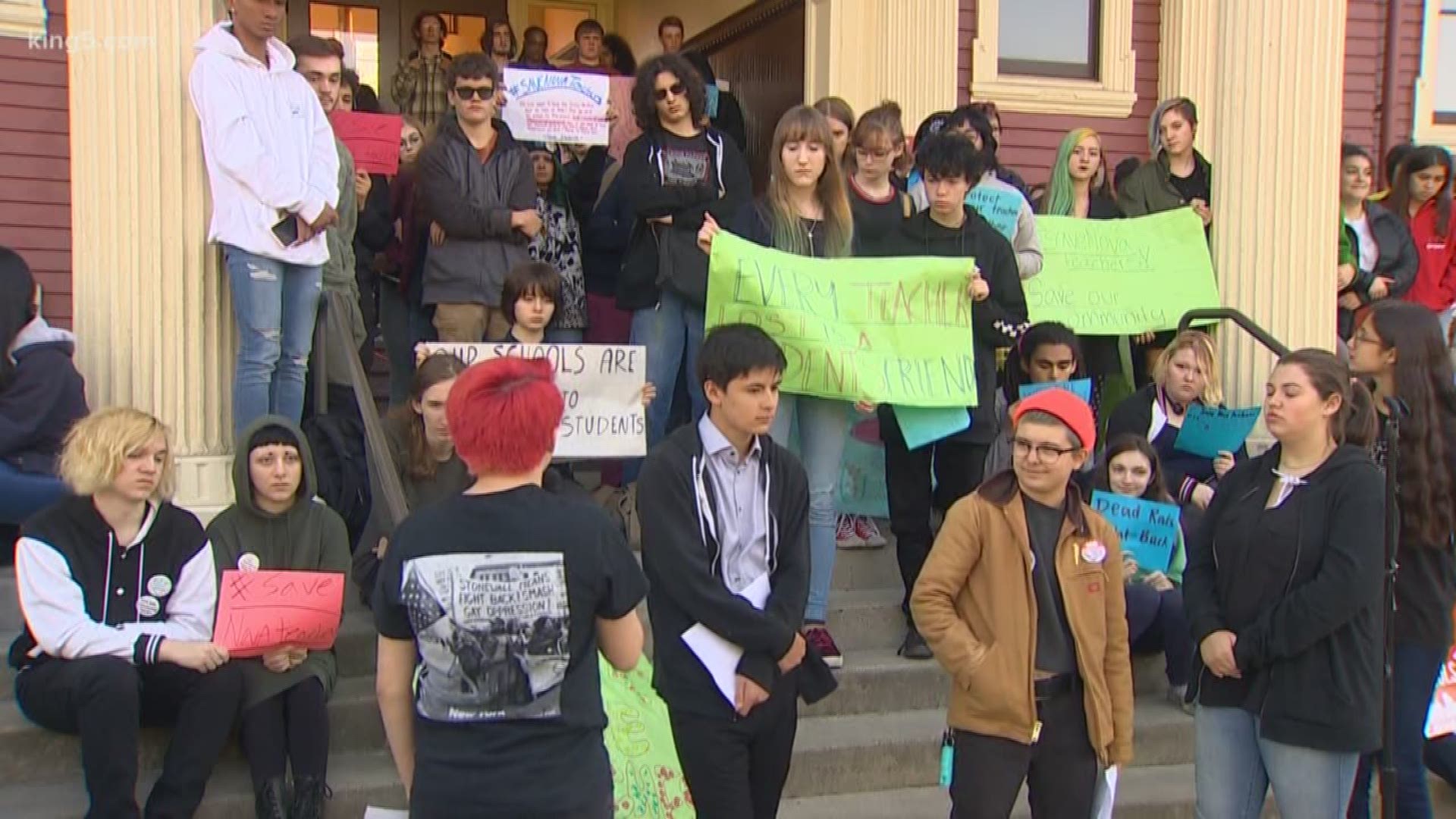 Students in Seattle walked out of class Tuesday as they protested staffing adjustments in schools across the district.

On Monday morning, students at Nova High School were joined by Seattle Councilmember Kshama Sawant as they called for a citywide walkout.

District officials say no one at Seattle Public Schools is losing their contract or job.

A statement from the district came after hearing concerns from parents and students over "staffing adjustments" being made following a projected $7.5 million shortfall due to a declining enrollment.

A total of 33 teachers will "be displaced from their jobs," according to an email from Sawant's office. Ten cuts to building staff will be made at the high school level, according to the email.

But that doesn't mean teachers are losing their jobs, according to the district.

“We understand that any change to staffing and school schedules is frustrating for staff and families," a statement from the district reads. "A race and equity lens was used to support our schools with the highest need. While the need was greater than our available resources, we were able to stabilize some staffing and minimize greater disruptions for some schools. For example, NOVA. They should have had 2.8 [full-time equivalent positions] pulled based on their student enrollment counts. They were mitigated and the pull was reduced to 2.0 FTE."

"This year we don’t have as much financial flexibility to keep schools whole and pay for staff at under enrolled schools. We need to move teachers to schools with higher than anticipated enrollment. This is not a reduction in force or a cut, teachers will still have contracts."

"Last year we were able to mitigate schools, like NOVA with low enrollment, at a much higher level. This year not only are our actual student counts under projection (724 students), this is the first year in 10 years that we are seeing a drop in overall student enrollment. Our neighboring districts are also seeing lower actuals than projections. It is something as a region we will need to investigate and better understand.”

Seattle Public Schools were expecting 53,667 students this year. By the sixth day of school, enrollment was 52, 943.

Schools with reduced teacher allocations (note: some positions are currently not filled):

Interagency (2.0) - Vacancy (NOTE: This was already adjusted earlier in the year.)