Seattle to reduce speed limit on 80 percent of city roads

The citywide speed limit will be reduced to 25 miles per hour. Residential streets, without a divider, will remain at 20 mph. 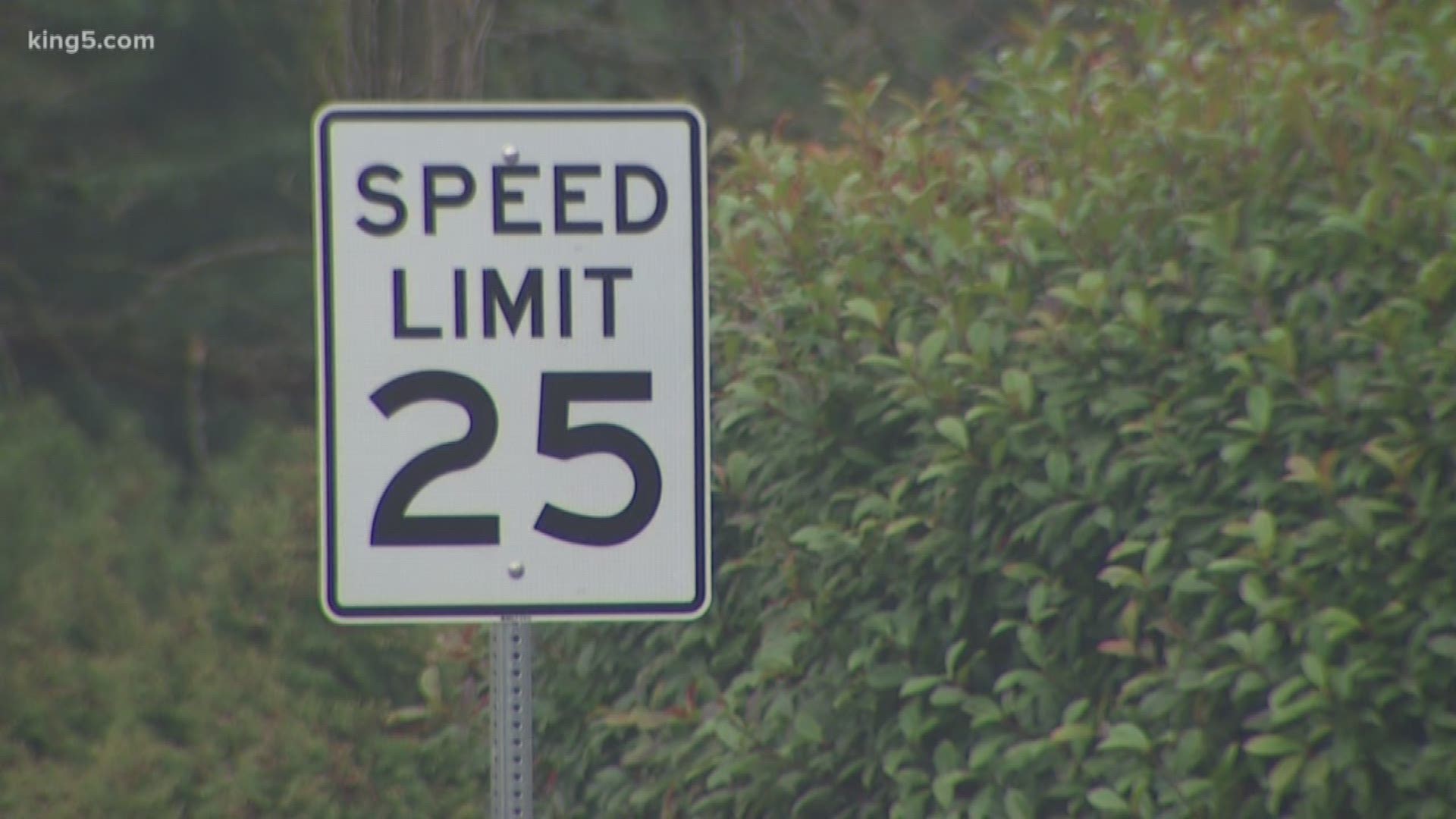 Seattle will be reducing the speed of vehicles on city streets in an attempt to make the roads safer for drivers, pedestrians, and bicyclists.

Mayor Jenny Durkan announced on Tuesday that citywide speed limits will be reduced to 25 miles per hour. The Seattle Department of Transportation (SDOT) said that the speed reduction would impact 80 percent of roads, mainly arterials divided by a yellow line.

Residential streets, without a divider, will remain at 20 mph.

“The data says it’s been one of the most unsafe years we’ve had in Seattle for pedestrians, and that is not acceptable,” said Durkan.

“We have to act to save lives, and act on our Vision Zero plan,” she said.

The Vision Zero plan is the city’s commitment to end traffic deaths and serious injuries by 2030.

SDOT said a pedestrian struck by a car traveling 30 mph is twice as likely to be killed than one traveling 25 mph.

“We have found across the city where we’ve made changes purely to speed limit, that we have seen a reduction in speeds and that’s what gives us the confidence [about] making a change like this across the city,” said SDOT Director Sam Zimbabwe. “And doing that systematically across the city will have the result of reducing speeds and reducing crashes.”

“We must make our sidewalks and roads safe for everyone – too many of our residents have lost their lives in traffic incidents, often the most vulnerable. That is unacceptable,” said Durkan. “We are rolling out a series of investments and changes we know will work to improve safety in our City and help all our residents feel safe getting where they need to go.”

Seattle reduced the default speed limit in the city to 25 MPH in 2016, but only made the changes on streets mainly in the downtown core. Now, SDOT will install about 2,500 new 25 mph signs across the city over the next year and a half. In the meantime, drivers are asked to follow the current signage.

“It takes a while for seniors to cross the street,” she said. “…You were putting your life at risk just trying to cross Rainier Ave S.”

She shared examples of times cars involved in crashes have hit their building or struck nearby signs.

“Which is why it’s critical the speed limit get reduced because someone is going to get killed,” she said. “Someone was killed.”

Durkan and Green unveiled the new 25 mph sign outside the senior center. Green hopes it works, but knows enforcement will also be key.

SDOT expects there to be some exceptions they will examine on a case by case basis. One example, the West Seattle Bridge.

Seattle will also work closely with WSDOT to reduce speeds on state highways that pass through the city including Aurora Ave N on State Route 99 and Lake City Way on State Route 522.

“People travel in a variety of ways and should be able to do so safely to reach their destination, regardless if that’s on the interstate or the final feet to the door,” said Washington State Department of Transportation (WSDOT) regional administrator Mike Cotten. “WSDOT’s goal is zero deaths or serious injuries on our roads and highways by 2030 because one is just too many. With that goal in mind, we are committed to working closely with the city of Seattle, transportation service providers, and the traveling public to make this a reality.”

Durkan also announced several other plans to reduce danger on the roads by doubling the number of intersections timed to give crossing pedestrians a head start, an investment in engineering changes on streets, and a new crash-review task force.

RELATED: Seattle drivers are some of the least distracted among major cities, study finds