The owner of A Pizza Mart on the outskirts of the city says she is losing business to competitors just outside the city because of the 1.75-cents per ounce tax. 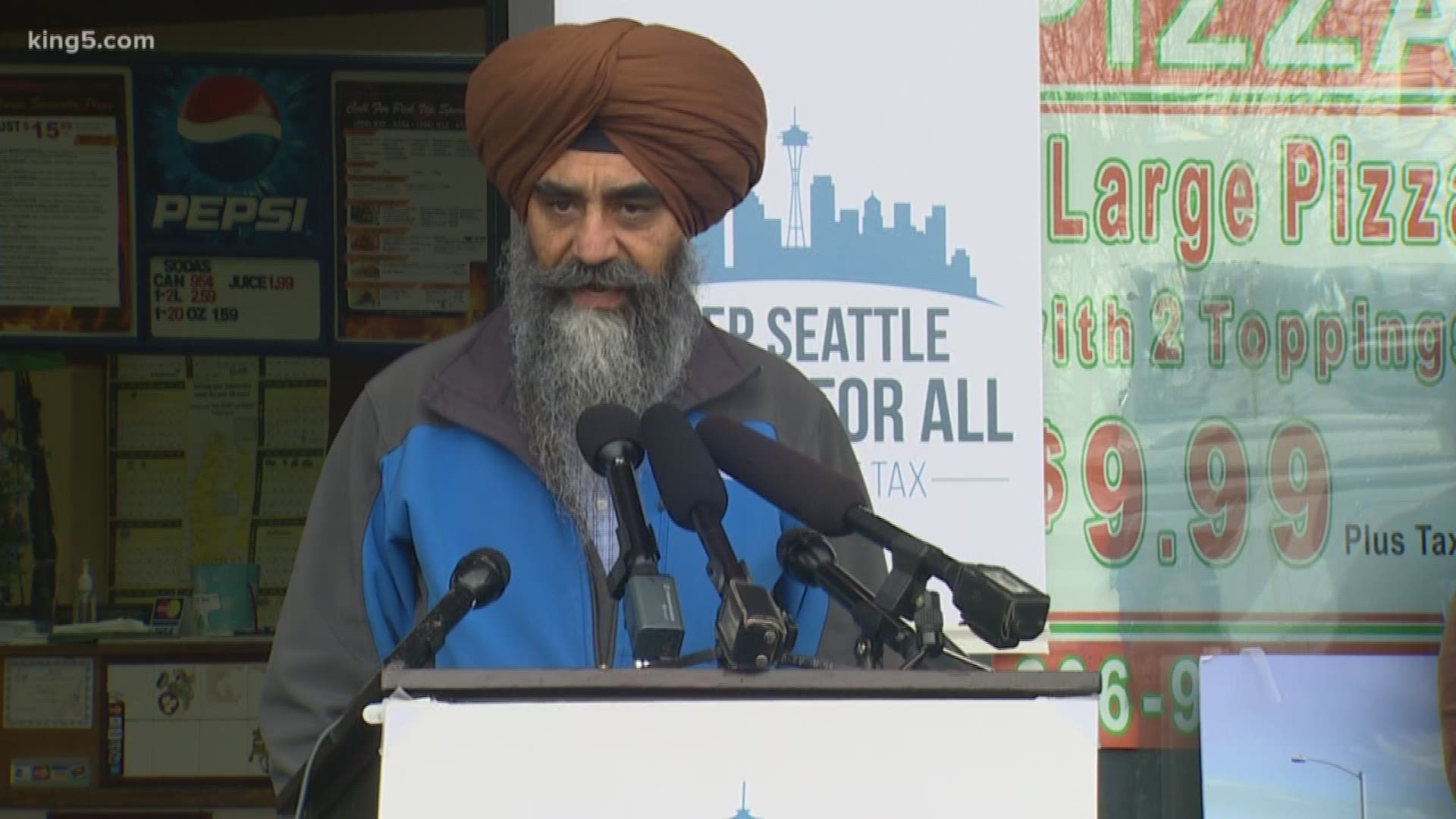 "With the tax four weeks old, our fears are being realized. We call on the city council to address the needs of the community and workers and address this tax," said Peter Lam of Teamsters Local 174.

The tax adds 1.75 cents per ounce on a wide variety of popular beverages including sports drinks, energy drinks, soda, and juice boxes.

Leaders of the tax effort say it is expected to generate about $15 million in the first year alone. They say the money will go toward food programs for those in need, early learning, and other education programs. Supporters also hope the tax will serve as a deterrent for consumers and lead them to healthier choices. They say the drinks have little nutritional value and have been linked to obesity, diabetes, and other health problems.

Jagajit Singh, who has run A Pizza Mart on the outskirts of Seattle for 20 years, said the tax puts her business at a disadvantage to businesses down the street that are just outside the city limits.

"Many of my customers are from outside the area and will simply choose to not come to my store," Singh said.

Singh went on to claim that it was businesses like hers that will be most impacted by the soda tax.

"Stores just down the street are advertising for people to buy drinks there because they don't have Seattle soda tax. Once our customers leave they may not come back," she said.

"Many customers are frustrated and blaming the store owners," said Daniel Kim, the general manager of the Korean American Grocers Association, which has 99 members in Seattle. "Our hope is that city leaders will listen and understand how unfair this tax is," Kim said.

The event was organized by Keep Washington Livable for All, an anti-tax group.

Costco made its thoughts known on the tax right away. It posted signs in its stores in Seattle telling people they could go to Costco stores outside the city limits to avoid the tax.

Seattle City Council members Lorena Gonzalez and Teresa Mosqueda released a statement Friday saying that other cities who have implemented similar taxes found they do not significantly impact businesses.

"We look forward to the ongoing independent evaluation of our new policy to monitor its effectiveness, the input of our Community Advisory Board to guide our community investment decisions, and the expansion of important programs that increase access to healthier food choices, as well as early learning and education programs, for all of our city’s residents," the councilmembers said.