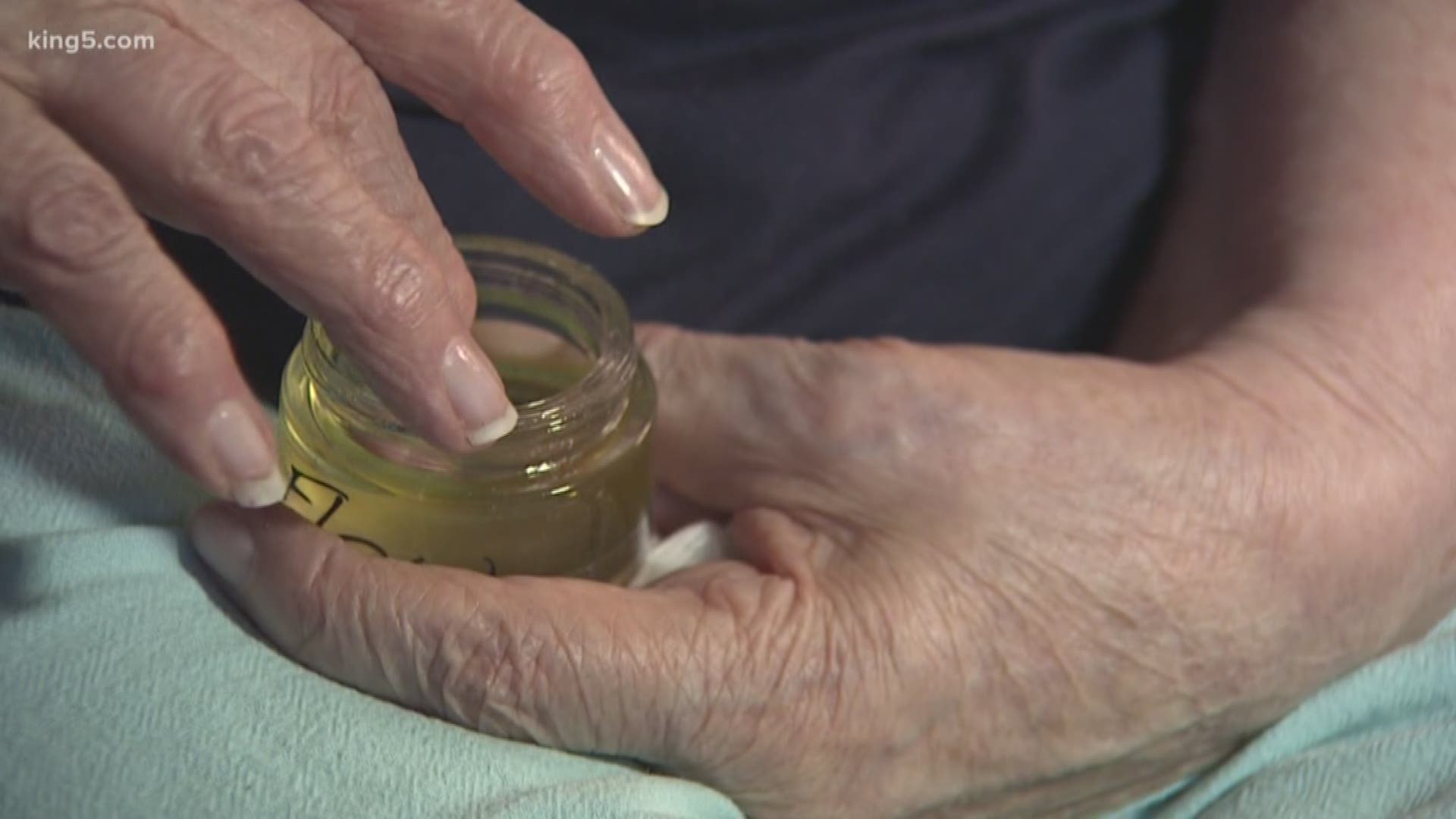 Seattle — Eighty-year-old Connie Schick uses a cannabis cream for chronic pain after a stroke. Schick said it's better than using an opioid painkiller, which hurts her stomach and can be addicting. She said even her children think it's a great idea.

"Quite frankly, I do what I want to do anyway," she grinned. "I don't care what the reaction is."

The cream she uses contains cannabidiol -- or CBD -- a non-psychoactive molecule in cannabis. CBD doesn't make you "high" like THC, which is also found in cannabis.

Kelly Ogilvie, CEO of Seattle-based DeepCell Industries, researches and develops cannabis technology. Ogilvie said he only needs to look at his sister, Sasha, to know that CBD is a lifesaver. Sasha's epilepsy caused seizures. She fell and dislocated her shoulder and hurt her knees.

Sasha got hooked on opioid painkillers. Her life began spiraling out of control until she tried CBD sugar. She not only managed her pain, she said she cut her evening epilepsy dosage in half. She's been seizure free since 2008.

"I can't believe this works better than what the doctors had prescribed for me," Sasha marveled.

Dr. Nephi Stella at the University of Washington School of Medicine has been studying cannabis for 25 years. He said researchers are convinced CBD can reduce seizures and help fight glioblastomas and "strongly believes" CBD fights pain, anxiety, PTSD and some cancers.

And, he added, grandma cannot overdose on cannabidiol.

In June, the Food and Drug Administration approved the use of a CBD drug to treat severe epilepsy.* Ogilvie believes it's just the beginning of affordable, non-addictive therapies for a host of ailments.

"My sister is proof of the effect it can have," Ogilvie said. "So it's personal for me."

*Reporter's note: Epidiolex was approved in late June 2018 by the Food and Drug Administration to treat seizures caused by Dravet Syndrome and Lennox-Gastaut Syndrome. CBD products can be legally purchased in Washington state but must be used within the state.