Seattle schools back to normal operations Friday; other districts uncertain

Seattle public schools are back on schedule Friday, but that's not the case in other parts of Puget Sound. Most schools are also off next week for mid-winter break. 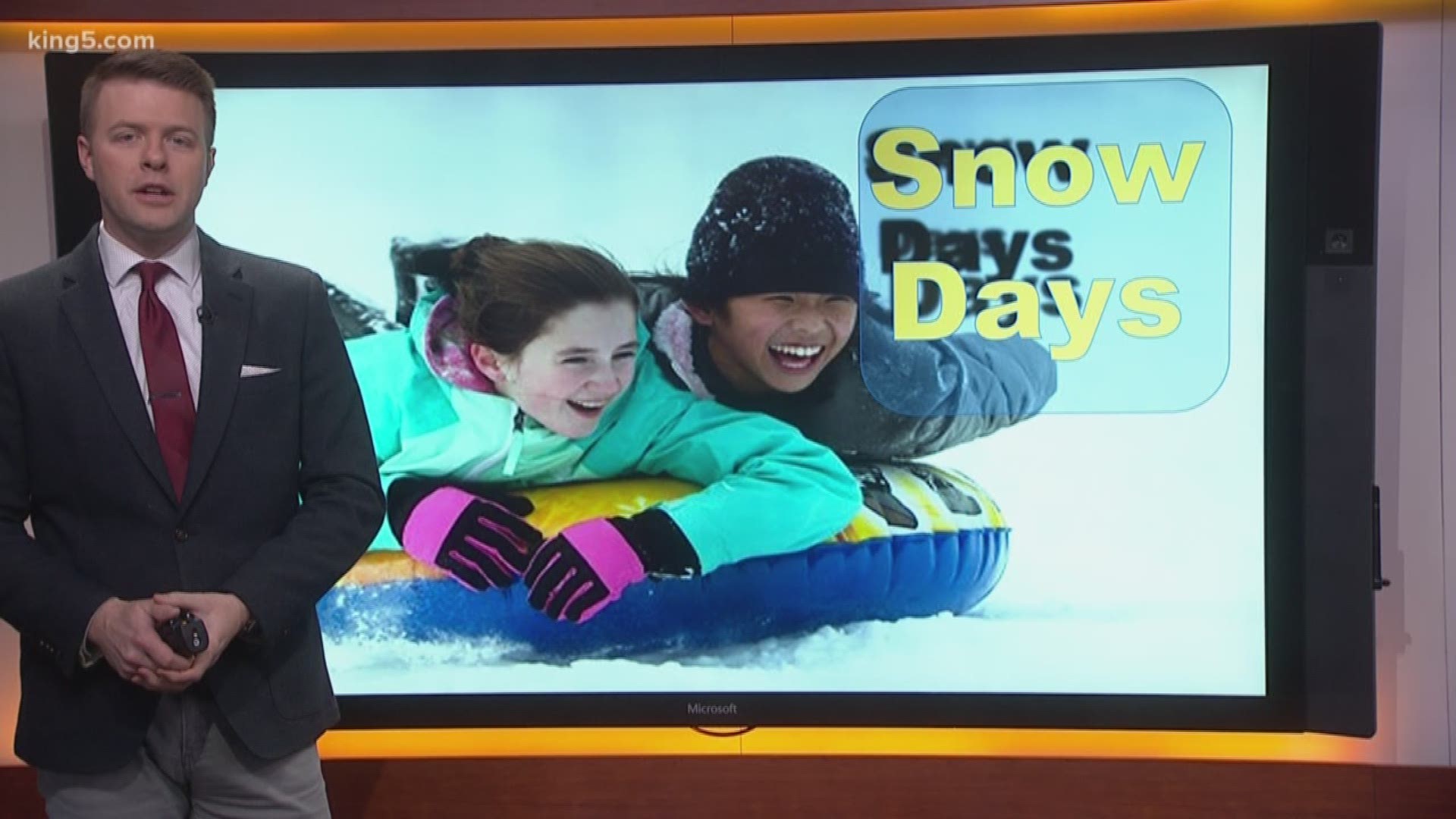 Many Puget Sound schools are getting back on schedule after a series of snowstorms hammered the Northwest. But districts like Kent and Northshore will go a full week without school.

The state's largest district, Seattle Public Schools, is back to regular school hours on Friday, including normal bus operations.

Tacoma Public Schools will also return to normal hours Friday after three days off and a delayed start to Thursday. Students in Tacoma do not have school on Monday, February 18, in observance of Presidents Day. But school is in session the rest of next week in Tacoma public schools.

The Everett School District is back to a normal Friday schedule, which is a regular Learning Improvement Friday (LIF). Buses will run on snow routes, with no out-of-district transportation. After-school activities and athletics will go on as scheduled.

In Kent, the state's 4th largest district, schools will remain closed on Friday, for a full week without classes. Kent will also be closed the following week for Presidents' Break, which was already built into the district's calendar.

The Northshore School District will take another snow day on Friday. They've also been closed all week. Superintendent Michelle Reid tweeted, "Conditions necessary to open all schools safely have not been met. Reluctantly, we must remain closed tomorrow Friday 2/15/2019. Continuing thanks for your patience during this challenging time."

Most schools in Washington are on mid-winter break next week. See the state's school calendar here.

RELATED: How do districts make up for all the missed school?

Students across Washington state have already had several snow days or early dismissal. Each district has its own policy for snow make-up days.

RELATED: How many snow days do Puget Sound schools have?

The Seattle School District has three days designated as snow days during the 2018-19 school year. They are January 30, June 21 and June 24. If more snow days are called, the school district will have to negotiate with their labor partner, Seattle Education Association, to make up the lost days.

The Highline School District has five make-up days built in to their calendar. Make-up days are June 19, 20, 21, 24 and 25, which are all at the end of the school year.

The communications director said that there are no make-up days scheduled for the Northshore School District. If they do have to close school because of snow, they commonly add days to the end of the school year.

The school district has no make-up days built into the schedule, but would add days on to the end of the school year, according to their calendar

The Bellingham School District has two make-up days scheduled for June 17 and 18, 2019 as part of their bargaining agreement with teachers. If more days are needed, they will look into other options to make up the missed days.

According to the school district's calendar

There are two days scheduled

If there are any snow days in the Mount Vernon School District, the calendar allows for three days to be added to the end of the school year on June 14. June 17-19 are reserved as make-up days.

The school originally had four snow days but the seven-day teacher strike made it necessary to rearrange the school calendar. There are two more make-up days remaining.

The Puyallup School District has two make-up days scheduled for May 28 and June 24. The school district has not said when the last day of school will be because of the potential for more snow days with the weekend's coming storm.

There are no make-up days scheduled for the Olympia School District, but any days missed would be made up at the end of the school year according to their calendar.

According to the school district's calendar, there is one make-up day for snow closures scheduled for February 19