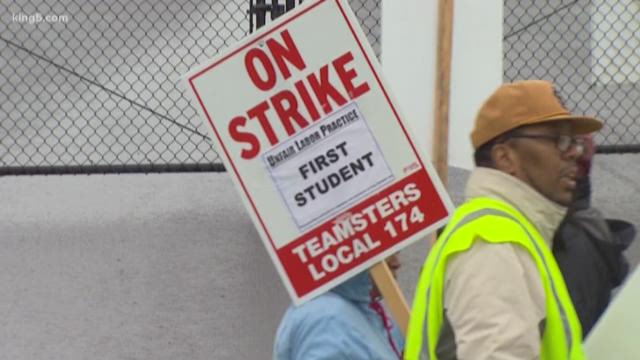 Day one and two of the Seattle school bus strike ended just as it began: with no negotiations and none scheduled. Both sides appear far apart in ending the stand-off.

Some 12,000 Seattle students once again had to find a different way to get to school on Monday, and it's looking the same for Tuesday.

About 400 drivers walked out of their school buses and onto the picket line Thursday - among them, Kim Fortune who has been behind the wheel for 34 years.

"I'm out here for all of us, my brothers and sisters, to get health care," she said. "That's what we need. Health care and retirement." 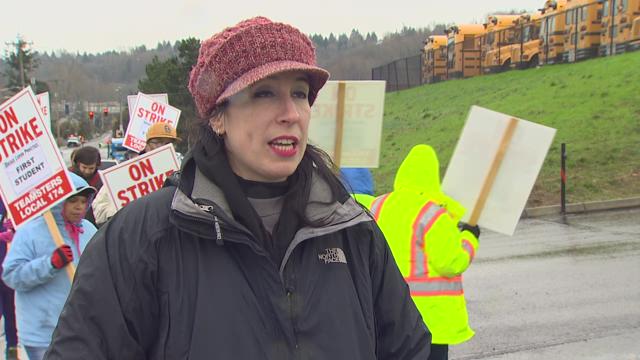 Before all this began, bus drivers received an annual cash stipend of up to $1,900 per year for health care needs.

The union refused to even bring that to a vote, saying the plan is too similar to a previous proposal and that the coverage for families remains far too expensive.

"At this point, these guys are just fighting for the respect and basic rights they deserve, which is the right to take care of themselves and their families when they're sick," said Jamie Fleming of Teamsters Local 174.

The lead negotiator for First Student said the bus company's offer was fair.

"The union wanted coverage that's essentially full-time coverage for part-time work," said Kim Mingo. "That would be an additional $6.5 million in addition to what we currently pay per year."

There has been no movement on the company's standing retirement plan proposal.

And neither side appears willing to make the first move.

"How long this strike lasts is entirely up to First Student," said Fleming. "These guys are willing to fight for as long as it takes."

"I understand this is a hardship on families, I truly do," stated Mingo. "We are working very diligently to try to resolve the issue and get our buses rolling."

First Student has been sending text messages to drivers offering them $25-a-day bonuses if they cross the picket line and come to work. So far, about 50 have taken the company up of that offer. 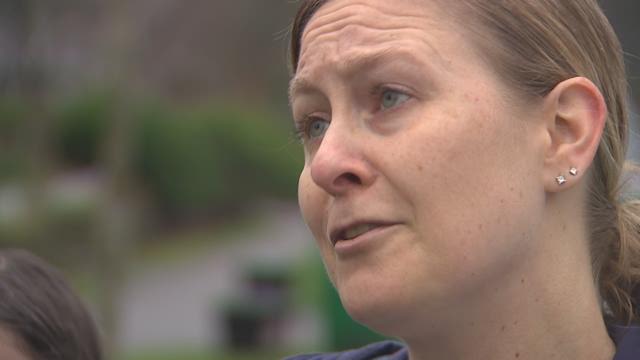