The Roosevelt station, along with the new Link light rail stations in Seattle's University District and Northgate, will open Oct. 2. 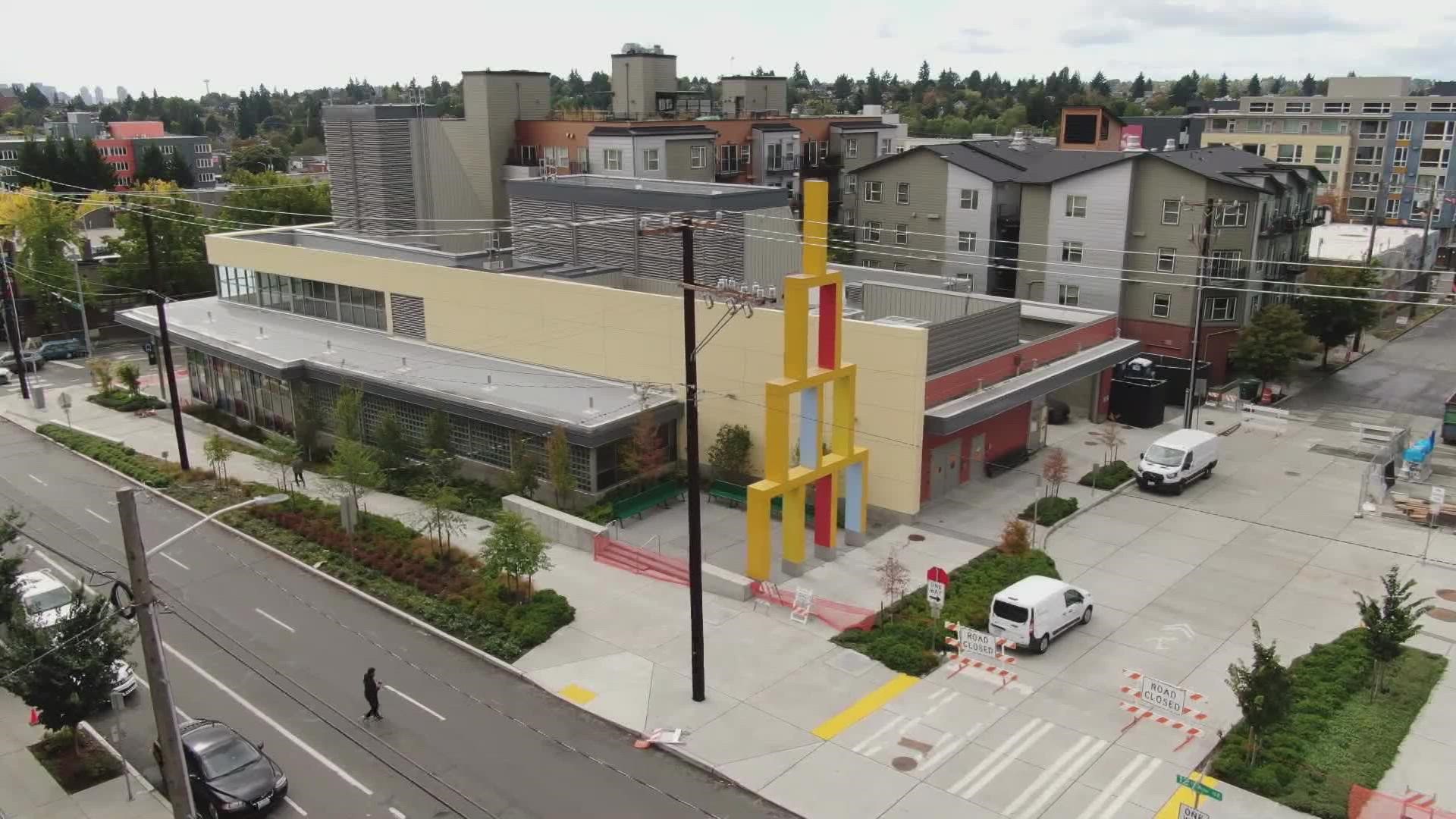 SEATTLE — Sound Transit's new Link light rail station in Seattle's Roosevelt neighborhood will open Saturday, Oct. 2, and business owners in that area say they are ready to see an uptick in foot traffic.

The Roosevelt station is located at the corner of 12th Avenue and 65th Street. The station will allow riders to travel south to Sea-Tac Airport and north to Northgate.

Businesses have been dealing with nearly 10 years of construction as Sound Transit worked to extend its Link light rail service. Muhammad Uddin owns the restaurant Bengal Tiger Cuisine of India in the Roosevelt neighborhood and said the construction took a toll.

"It was a really difficult moment for this neighborhood because of the parking issue," he said. Uddin’s eatery, which he opened in 1997, sits hidden in the shadow of new, modern apartment buildings. He said the area has changed quite a bit since his restaurant opened.

"I’ve seen everything. There was a QFC, a lot of small buildings here and now it’s lots of high rise buildings," Uddin explained.

Now, after years of planning and construction, the Roosevelt Link light rail will soon open and it has a picture of Uddin, among other people in the neighborhood, on display at its entrance.

"All of my customers, everybody’s saying, 'hey, good job staying here. You’re going to have lots of business. Lots of people are going to come from all over the city,'" Uddin said.

"Every neighborhood in Seattle is special," said Sound Transit spokesperson John Gallagher. "This really gives people an opportunity to explore those neighborhoods."

The new Roosevelt station will feature a piece of the past. The old Standard Radio sign, which has been a long-time fixture in the neighborhood, will continue to shine bright in the new station.

"We restored it, refurbished it. It’s looking fabulous. And, it’s a reminder of what the neighborhood’s about and what we can celebrate here," said Gallagher.

Sound Transit said light rail riders will be able to get from downtown Seattle to the Roosevelt neighborhood in 14 minutes.

The Roosevelt station, along with the new Link light rail stations in Seattle's University District and Northgate, will open Oct. 2.