Facing a series of violations from Seattle and King County agencies, CDL Recycle in Georgetown is now shut down. 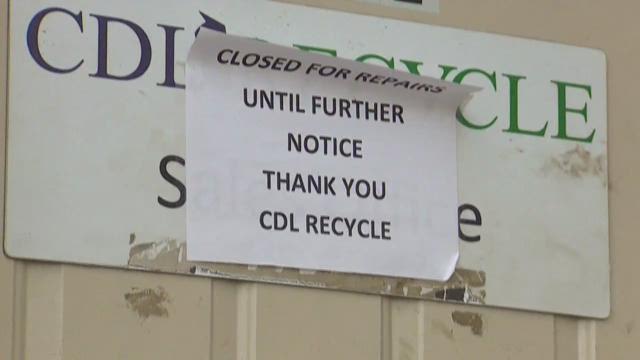 An industrial recycling facility has shut itself down after a year of complaints from people in the Georgetown neighborhood and amid a series of city and county violations.

CDL Recycle, according to Seattle and King County, did not have proper permits to operate. Violation notices have been sent for the last month, the most recent from Seattle Public Utilities, which removed the business from its list of approved recycling facilities.

"After many, many months of working with them to try to comply with the rules, we gave it our best effort to provide that flexibility," said Bryan Stevens with Seattle's Department of Construction and Inspections, "At a certain point, we stopped seeing progress."

Homeowners across from the business have noticed toxic dust from the site filtering into their houses. A Facebook page dedicated to the issue refers to the block most affected as a "Dust Bowl".

"We have the right to live in safety in our neighborhood," said Sacha Davis, who lives with her wife and two children just 500 feet from the site. "Just because we live around industry we don't have the right to have a safe place for our kids."

However, neither the permit violations nor the air quality were ultimately what closed CDL Recycle down. Seattle city officials said the business closed on its own after an accident in the property's main building compromised its stability.

If the structure can be repaired, and permit issues are resolved, officials say the business can reopen.

CDL Recycle and its parent company did not respond to several attempts for comment.