Groups across the U.S. are calling for donations and working to secure housing as thousands of refugees flee Afghanistan. 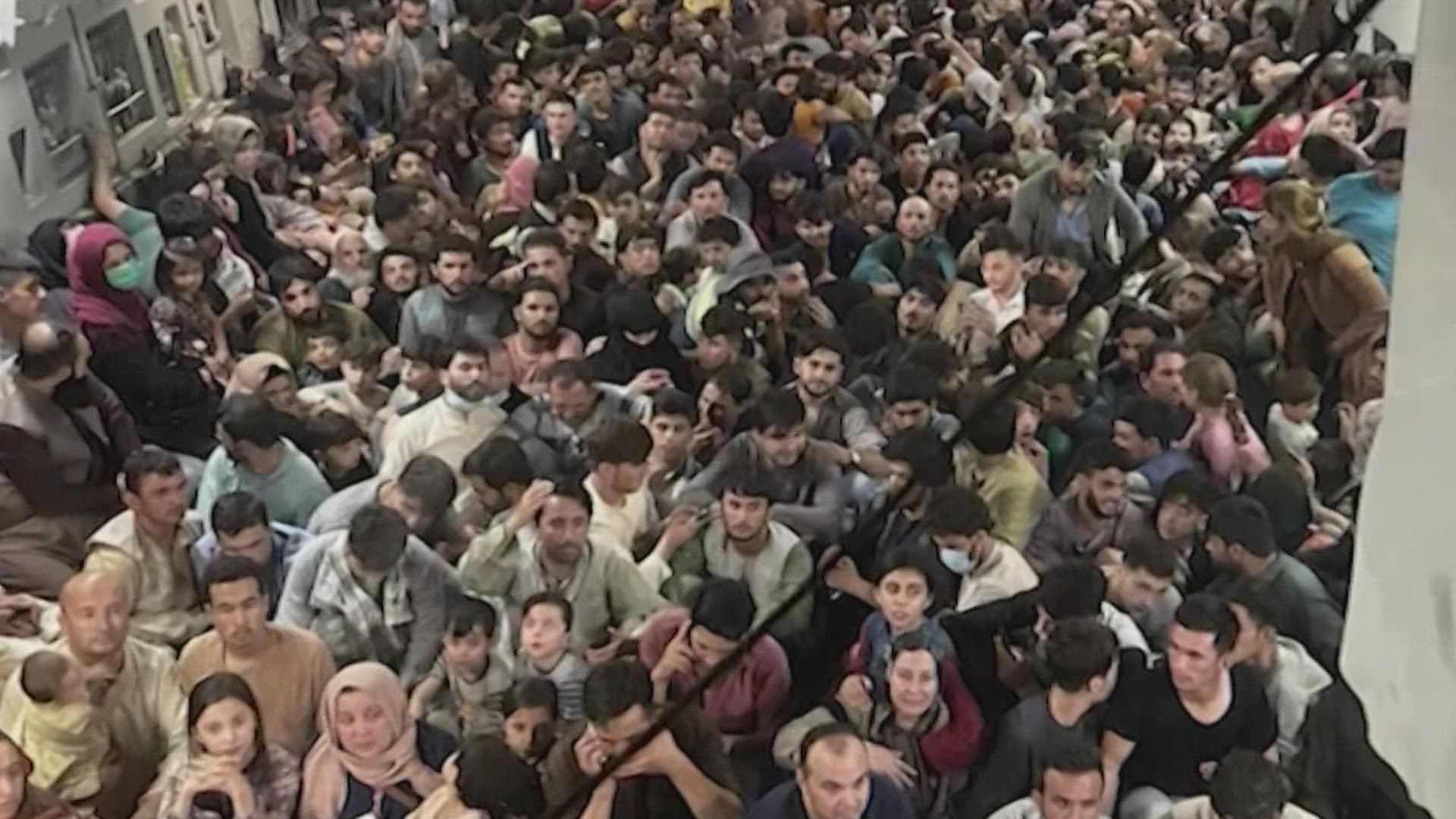 SEATTLE — As Afghanistan falls to the Taliban, Mahnez Eshetu, an immigrant from Iran, can’t help but think of her own immigration story.

“When the president left Kabul – it felt like exactly what happened when the Shah of Iran left,” Eshetu said. “It was like someone taking the chair away from under you.”

Eshetu is the executive director of the Seattle-based nonprofit Refugee Women’s Alliance. Eshetu and her staff are preparing for an influx of refugees from Afghanistan desperate to escape the Taliban.

“People who have to leave their country because they fear for their lives fear of execution fear of retaliation and they leave to find a host country so that they can build a life for themselves,” she continued.

The U.S. government confirmed Monday that plans are in place to receive as many as 22,000 refugees across military bases here in the states.

“There may be other sites identified if services are needed, additional capacity is needed. At this point, we're looking to establish 22,000 spaces," said Garry Reid, a director for the Afghanistan Crisis Action Group within the Department of Defense.

"As we prepare for even more arrivals, U.S. Northcom and the U.S. Army are working to create additional capacity to support refugee relocation in the U.S., including temporary sites under assessment at Fort Bliss, Texas, and Camp McCoy, Wisconsin," said Reid.

That will likely be just the beginning. On Tuesday, KING 5 learned several nonprofits in the Puget Sound region are already preparing for an influx of men, women and children.

The nonprofit World Relief Seattle announced on its Facebook that as many as 25 Afghan refugees, many of those children, are already on the way to Seattle.

“We’re now hoping, waiting and praying that more people will make it out of harms way in the days and weeks to come,” said Chitra Hanstad, the executive director of World Relief Seattle.

Meanwhile, groups across the U.S. are calling for donations and working to secure housing – this as the true impact of the fall of the Afghan government has yet to be felt.