Seattle Public Library branches rack up more than $434,000 in damage during pandemic

The Seattle Public Library is seeing an increase in loitering and vandalism across all its branches, with the Central Library downtown costing the most in damages. 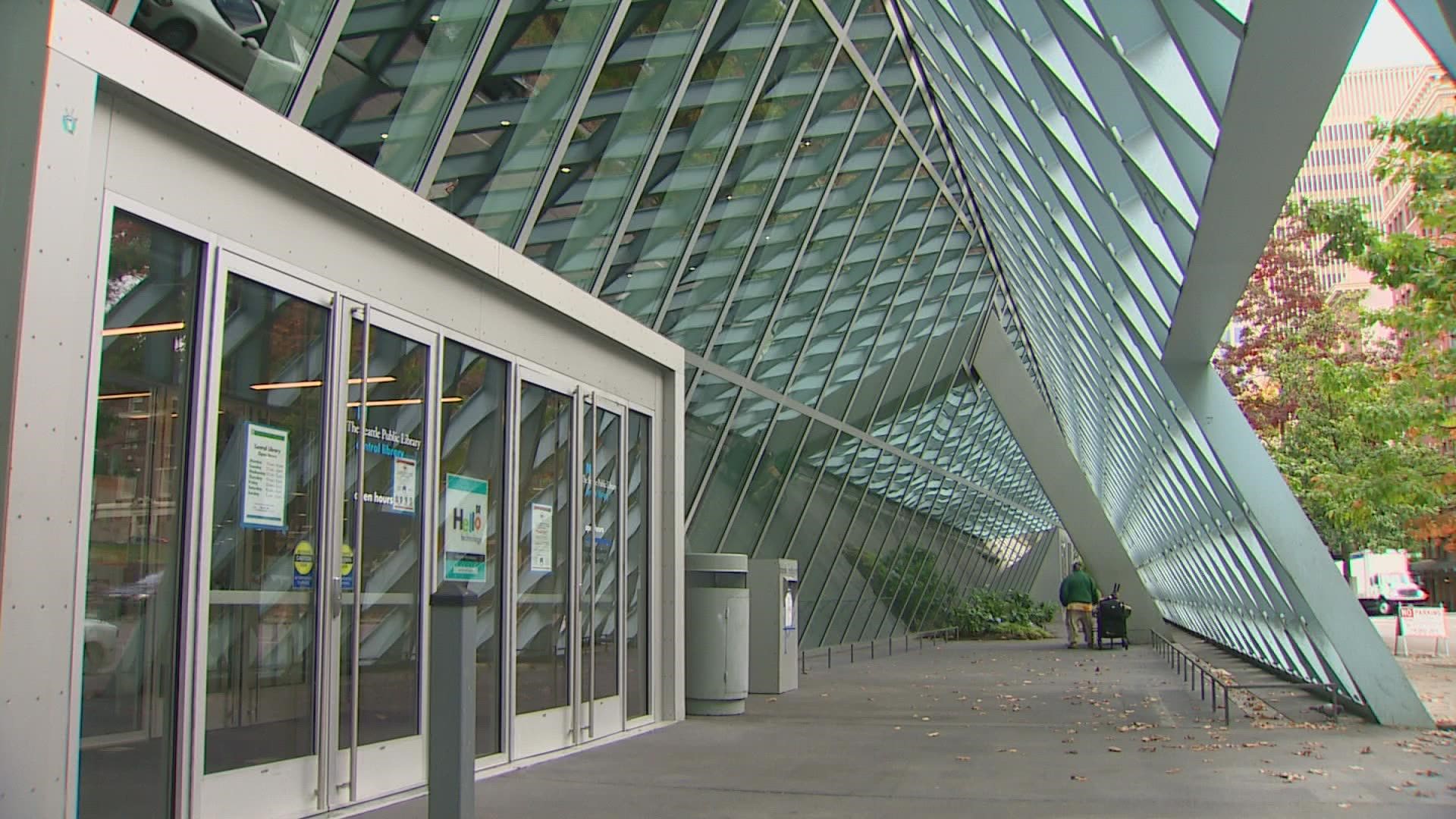 SEATTLE — Seattle Public Library (SPL) administrators say the damage incurred over the course of the COVID-19 pandemic to its facilities more than doubles that of a normal, non-pandemic year, totaling more than $434,000.

SPL provided a breakdown of the costs in a budget report titled, "Cost Incurred or Estimated due to Vandalism," which shows the staggering toll the pandemic has taken.

"Central Library Building has faced many challenges since March 2020, including increased number of homeless campers, escalated illegal activities and disruptive behaviors around the building," the report said.

SPL said not only are these incidents a financial burden on the library system, but library staff feels "extremely concerned for safety at work," according to the report.

The library system is experiencing an increase in loitering and vandalism across all branches, the report says. Besides downtown, the other areas that incurred the highest financial burden were the Rainier Beach and Beacon Hill neighborhoods with $89,312 in damage, and the Ballard and Fremont areas with $61,209 in damages.

Library administrators also said it's not just their branches that are feeling the pain.

Fay said Seattle City Councilmember Debora Juarez requested the report. Juarez represents District 5, which includes the Lake City and Northgate library branches. Those two branches incurred only a total of $7,733 in damages due to broken windows and graffiti removal.

KING 5 reached out to Juarez's office for a comment but so far has not heard back.