A summer program is helping potential construction workers get up to speed on much-needed skills to help fill an industry labor shortage. 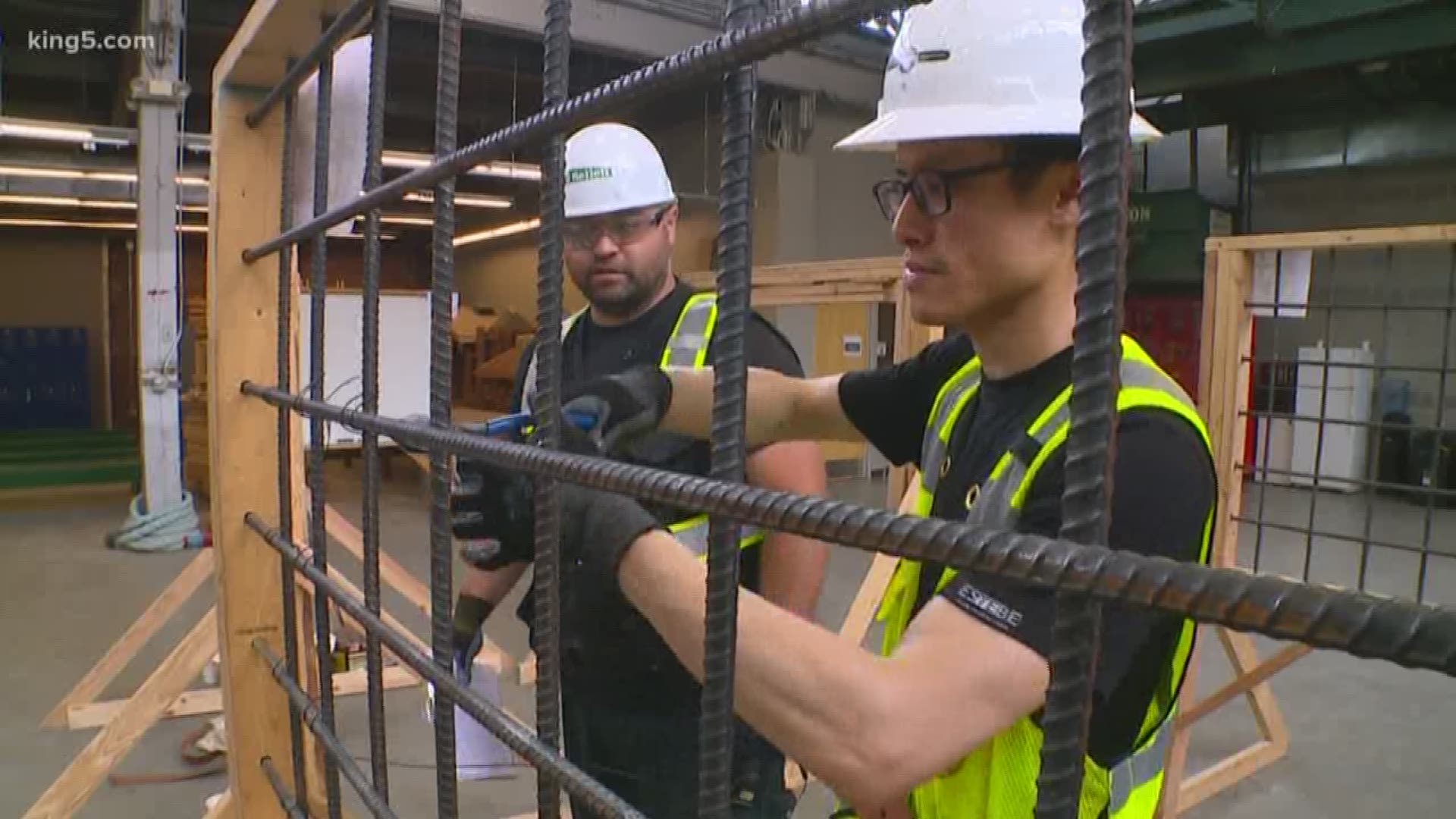 SEATTLE — A summer program is helping potential construction workers get up to speed on much-needed skills to help fill an industry labor shortage.

“You make college education kind of money without even going to school,” said Dustin Bradshaw, 24, who is training to work in construction.

He’s participating in a free 11-week program called PACE, Pre-Apprenticeship and Construction Education. It's run by ANEW, a non-profit that helps launch people into construction careers, with a focus on women and people of color.

Bradshaw bounced between minimum wage jobs after high school and knew college wasn’t for him.

“I was looking for more of a long-term career path, [I had] kind of been doing restaurant jobs and other odd jobs and stuff like that, and this program kind of gives the opportunity to find a stable living wage,” he said.

“A lot of times we go to high school and we're told, ‘Go to college! Go to college!’ and we don't even know what the pathways are in construction," said Karen Dove, ANEW executive director. "This gives them the opportunity to see what those pathways are and to find something that they're going to love doing."

ANEW has been around since the 1980s, but its mission is more important than ever as the industry struggles to fill well-paying jobs.

Randy Nickell is the education director for ANEW and said he's seen people make it out of homelessness and incarceration through the PACE program. Many of them have never stepped foot on a job site.

“I would say 90% of them come in with zero knowledge,” Nickell said.

In a few weeks, the class will graduate, and many of them will join apprenticeship programs, where they'll start out making $20 to $26 an hour, Dove said.

“If you're a hard worker and you show up on time and do your job as best you can, I feel like there's a lot of opportunity for growth,” Bradshaw said.

Funding for the program is provided by the city of Seattle, King County, Sound Transit, and the Port of Seattle, among other groups, which are all want to hire local workers for their jobs, Dove said.

“We trained 180 people [last year] and we could probably do double that and still not meet the needs of the industry right now,” she said.