Seattle police released more than 200 pages of witness and officer statements, as well as photos and 911 calls from the crane collapse 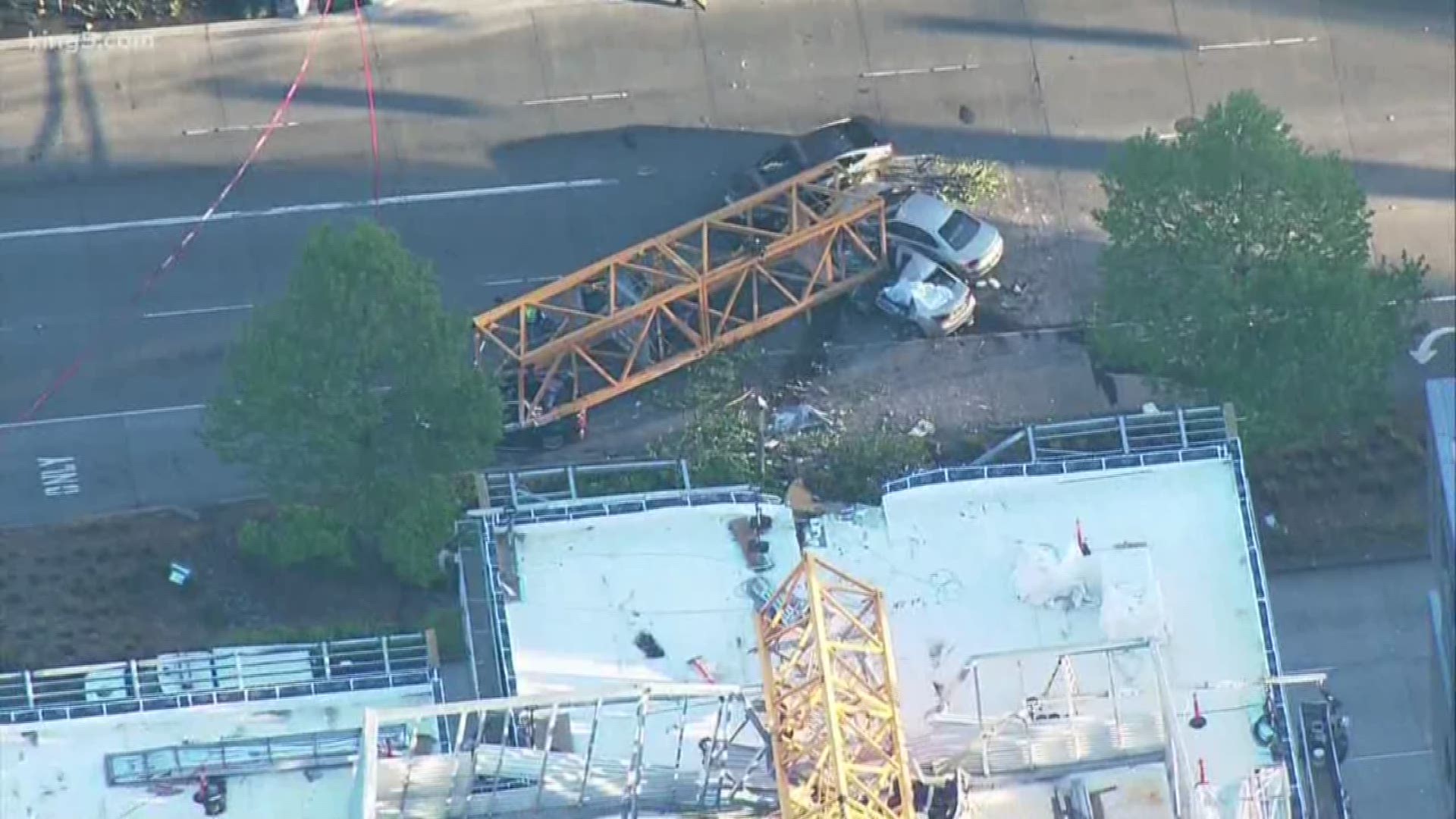 The report also included never-before-seen photos from the April 27 crash showing the full extent of the damage when the crane fell.

KING 5 will not be publishing those images due to their graphic nature.

Among those newly released images was a photo of Sarah Wong's school ID that was found at the scene. Wong, who was killed in the collapse, was a freshman at Seattle Pacific University.

Officer statements paint a devastating scene of people scrambling to help get the victims out of the cars.

The 911 calls that were released paint a similar picture. Callers unsure of what happened but knowing it was bad and help was needed fast.

On one officer’s statement, he wrote that when he arrived at the car that victim Alan Justad was driving, a man who said he was a doctor told the officer Alan’s pulse was weak, until sadly it was “gone.”

One officer noted that he could tell by the dispatcher’s voice this was no simple collision.

Another officer commended the help from ironworkers on scene as they process the loss of their brothers, Andrew Yoder and Travis Corbet.

Despite the release of SPD’s report, the investigation into what caused that crane to fall continues at both the state and federal level.

More on the deadly crane collapse: