One man was taken to Harborview Medical Center for serious injuries as a result of the attack and two others were treated at the scene. 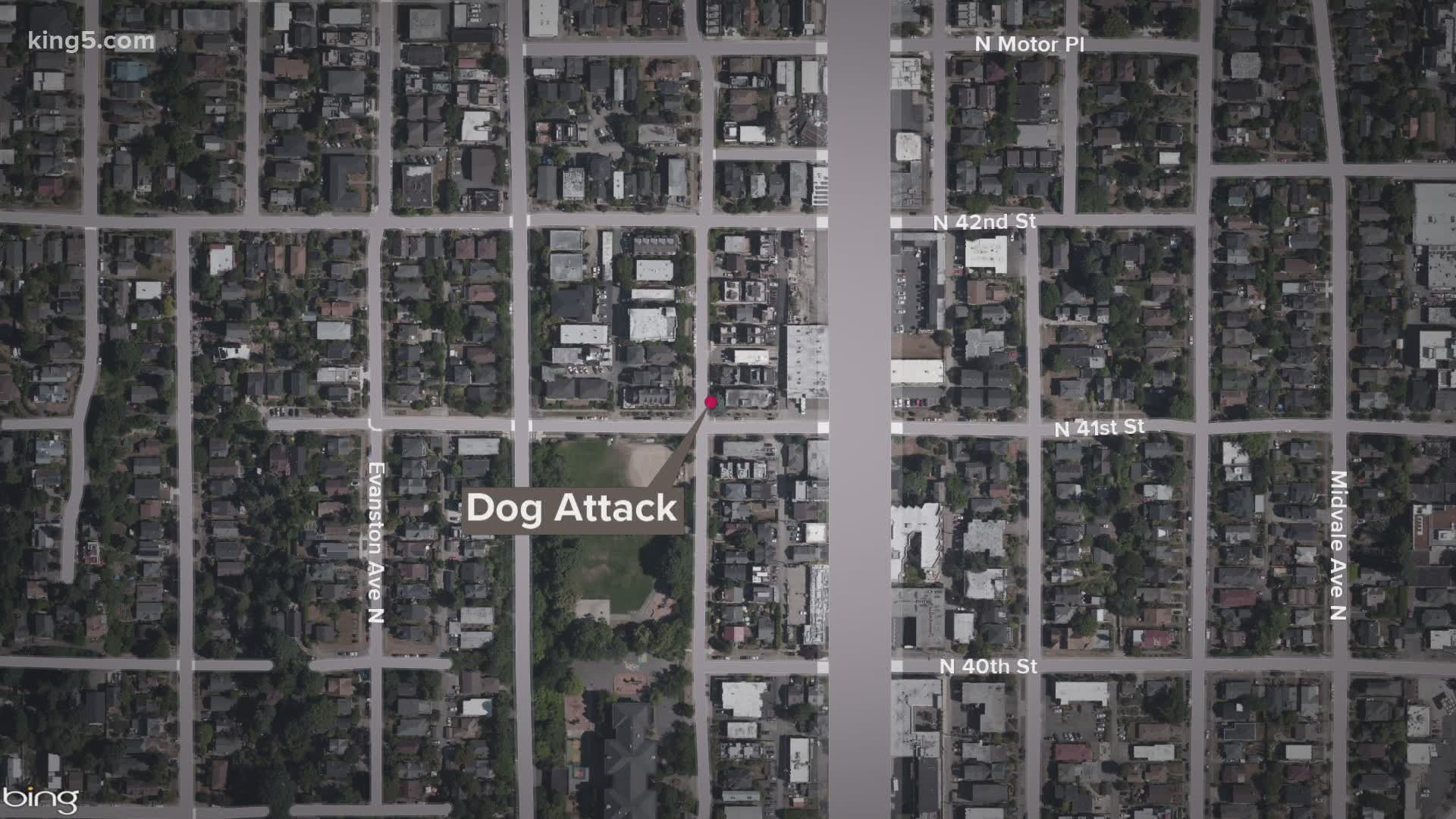 Officers responded to a report of an unknown disturbance in the 14100 block of Linden Avenue North at 4:30 a.m. Saturday. When they arrived, officers discovered there was a dog attacking people in an apartment.

They were able to coax the dog away from a man who had severe injuries as a result of the attack, police said. After getting the man out, police said a woman was still trapped inside.

The dog wasn't allowing the officers by to get to the injured woman, and that's when one officer shot and killed the dog, police said.

Officers were then able to get the injured woman out of the apartment for treatment.

Police said the man was taken to Harborview Medical Center for serious injuries and two other were treated at the scene.

Detectives with the Force Investigation Team are now investigating the shooting.