The Office of Police Accountability found the officer violated the Seattle Police Department's policies of bias-free policing and professional conduct. 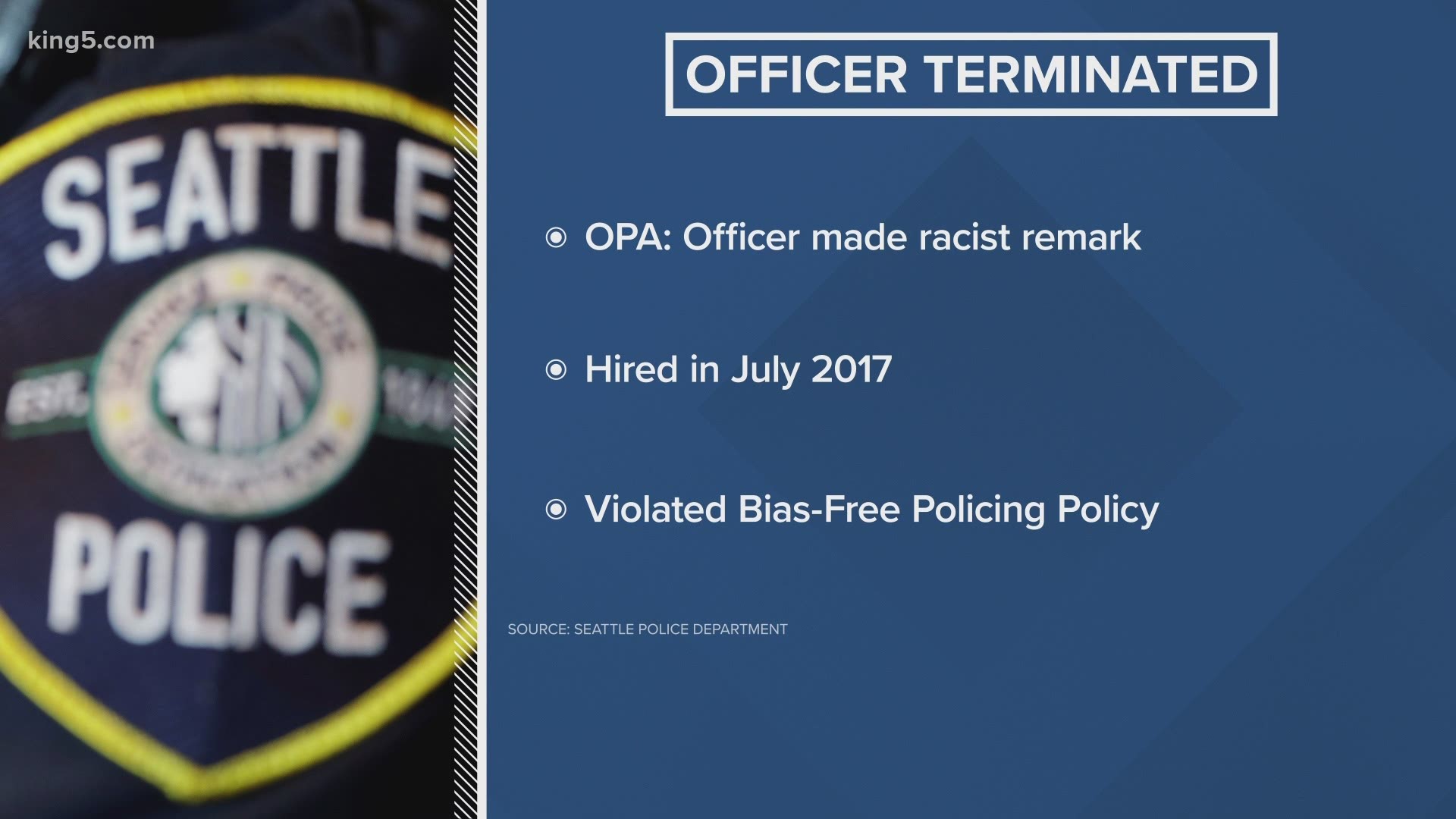 SEATTLE — A Seattle police officer has been terminated for using a racial slur to refer to a Black individual he had made contact with during a call last spring.

The Office of Police Accountability (OPA) started investigating the incident, which occurred on March 31, 2020, after three of the officer's coworkers reported it to their superiors.

The officer made the racial slur while talking to three of his fellow officers about a trespassing incident they responded to days prior. The officer used the slur to refer to the Black individual they had made contact with during the call, according to the OPA report released in September of last year and obtained by KING 5 this weekend.

The OPA interviewed the witnessing officers as well as the officer who said the slur. According to the report, the officer initially said he did not know that the term he used was racist, but upon researching it later, he agreed it was racist.

The Seattle Police Department issued the following statement to KING 5: