The Seattle Police Department is launching a public awareness campaign this week to counter a phenomenon called "swatting." 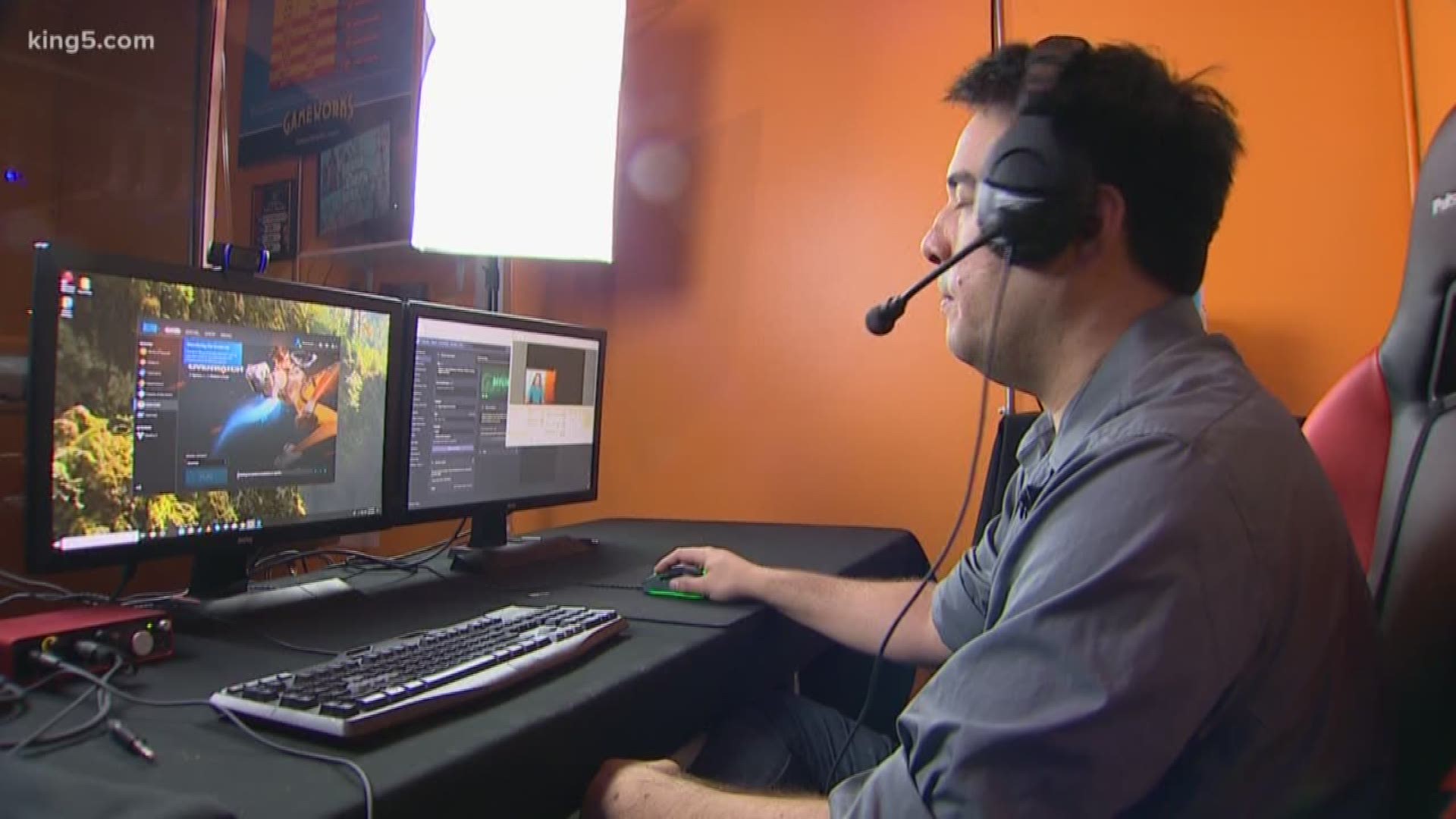 The Seattle Police Department is launching a public awareness campaign this week to counter a phenomenon called “swatting.”

Swatting involves someone reporting a fake crime to police, hoping to get law enforcement to deploy to a home as a prank. Victims are often people who play video games, online broadcasters, and people associated with the tech industry. That makes Seattle easy pickings.

Livestreamers allow anyone in the online world to be a voyeur, to watch, listen and interact with the streamer sometimes for hours every day.

"Many of these people the connections you build with these streamers are intense and personal connections," said James Feore, director of the Seattle Online Broadcasters Association. "If they reach a point where they dislike a person, that feeling of hatred becomes that much more intense."

So intense it somehow motivates a person to pull a dangerous prank, a hoax 911 reporting a horrible crime at the target's home. Streaming gives outsiders a front row seat into someone's home.

KING 5 reported on another swatting incident the same month. Police received a report of a suicidal man in a library. Officers entered the Madrona neighborhood library with their guns drawn and ended up handcuffing an innocent man.

A department spokesperson said it did not have any data on the number of swatting calls it has responded to.

One incident in Wichita, Kansas last year ended with a fatal police shooting of an innocent man.

Seattle police began searching for a solution after receiving requests from residents concerned about swatting and their safety. The challenge was how to create a registry for the 911 Center while protecting the privacy of the individuals on the list.

The department came up with a solution using Smart911 and Rave Facility.

Smart911 is a supplemental data service that allows you to create a safety profile connected to a phone number that can be seen by emergency responders when you call 911. Rave Facility is a partner service to Smart911, originally designed for schools and commercial properties, to provide useful information about the building to first responders ahead of an emergency.

SPD says when the 911 call center receives a report of a critical incident, they can dispatch responders and simultaneously check to see if residents at the address registered a concern for swatting on Rave Facility. If so, the dispatcher conveys that information to police officers who still proceed to the call, but they do so with valuable information that can keep police from making a fatal mistake.

Because Smart911 and Rave Facility are exempt from public disclosure, the registry can protect the private information of the people who submit their information.

Sgt. Sean Whitcomb said officers will still respond to the call, but with more information.

"It's not going to alter the police response but it's going to be shared, so that way those officers have the best information possible," said Whitcomb.

Seattle Police Chief Carmen Best says one of her priorities is to create a “culture of continuous improvement and innovation.”

“Our new anti-swatting protocol is a reflection of this,” she said. “We heard the concerns of our community members, and made small adjustments to our business practices. The goal is to empower affected community members with a confidential way to share specific swatting concerns with our 911 Center. Seattle police officers deserve to have the best information available as they respond to sensitive calls for service.”