Seattle officials, including the police department, expressed safety concerns about the Capitol Hill site where protesters have blocked roads. 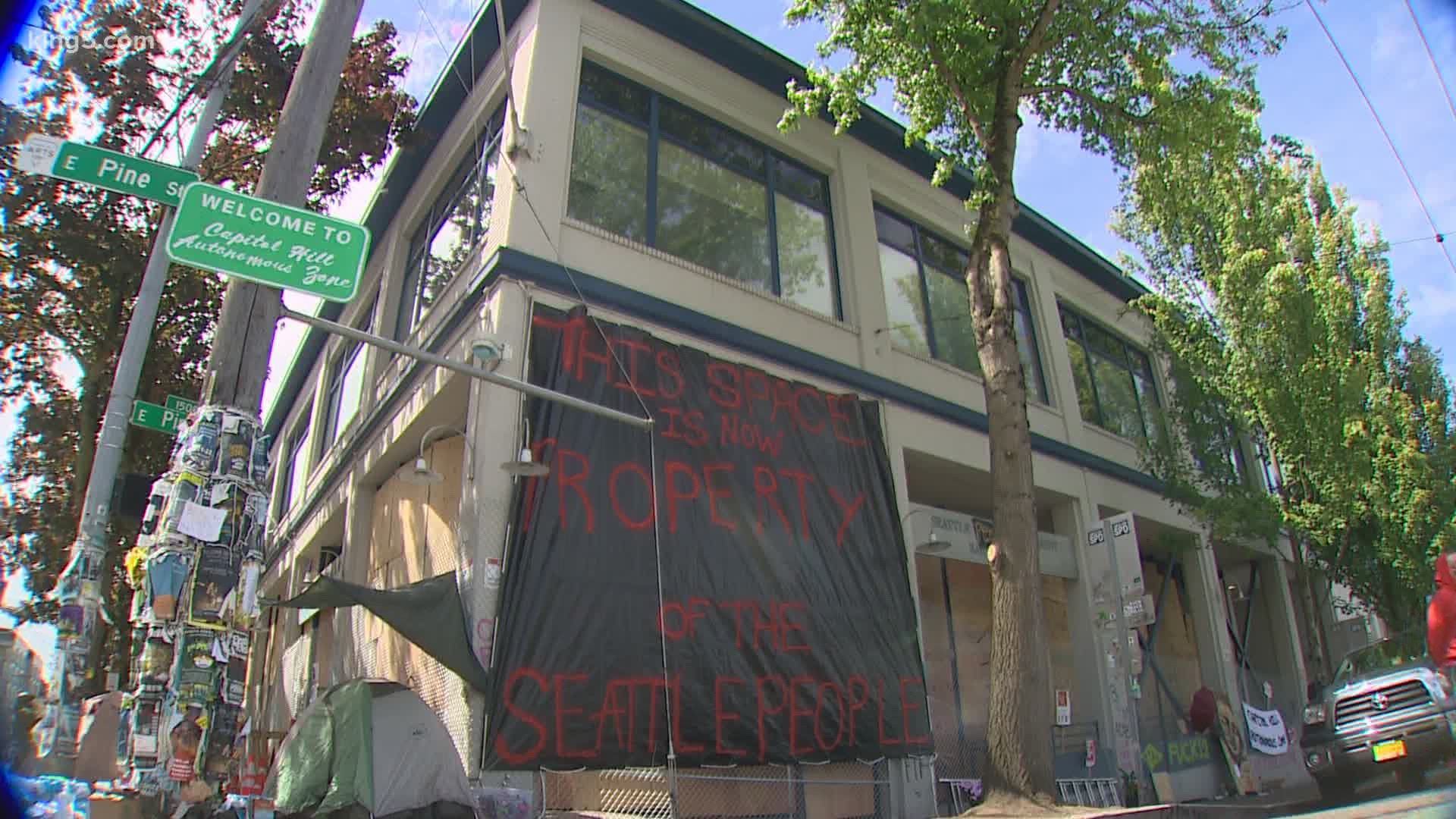 SEATTLE — After several days of violent clashes between police and demonstrators on Capitol Hill, Seattle police reopened the streets so people could march in front of the East Precinct.

Instead, protesters have set up tents and have blocked streets.

The perimeter stretches from 13th Avenue past 11th Avenue, near Cal Anderson Park, and it runs from East Olive Street to East Pike Street.

Rooks, a protester who provided his first name only, says he has been at the site day and night.

"If you want to call it anything, it is the people's community,” Rooks said.

The streets outside the Seattle Police East Precinct was the site of a number of clashes between protesters and police in the past two weeks. Mass protests against police brutality have occurred nationwide after the killing of George Floyd in Minneapolis.

But Seattle police say they are concerned about safety, and their goal is to reopen the precinct. According to Assistant Chief Deanna Nollette, they have seen checkpoints where people are armed.

"We have heard of people asked for ID and that a business was told they needed to make a donation to be in the area,” Nollette said.

Rooks says he has not seen that.

"It is not nothing aggressive or violent,” he said. “We didn't come out here for any of that."

He says the community is welcome, and while there is no one leader, there is a unified message.

"That's what those faces on the wall. Black lives killed by police,” Rooks said as he looked toward a poster placed on the side of the East Precinct. “We want people to see that those lives matter.”

When asked what it will take to get protesters to clear the streets, Rooks had a vague answer.

"We're hoping to see a better, if not system, society altogether,” Rooks said.

However, the blocked off area is an obstacle for the fire department, said Fire Chief Harold Scoggins.

“How would we get a person from a medical call out of here,” Scoggins said.

Scoggins has been in the area working to ensure there is a way to bring in emergency vehicles and medical aid, if a problem were to arise. The fire department has a station at 13th and Pine.

The barricades have become an urgent issue for Seattle city leaders, including Councilmember Andrew Lewis.

“I oversee the mayor and the police department, I'm certainly going to be having conversations with them as this process unfolds,” Lewis said.

RELATED: Trump tells Seattle 'take back your city NOW' or 'I will'