Seattle police are investigating a gas station burglary in Magnolia where thieves returned to the scene after authorities didn't immediately respond. 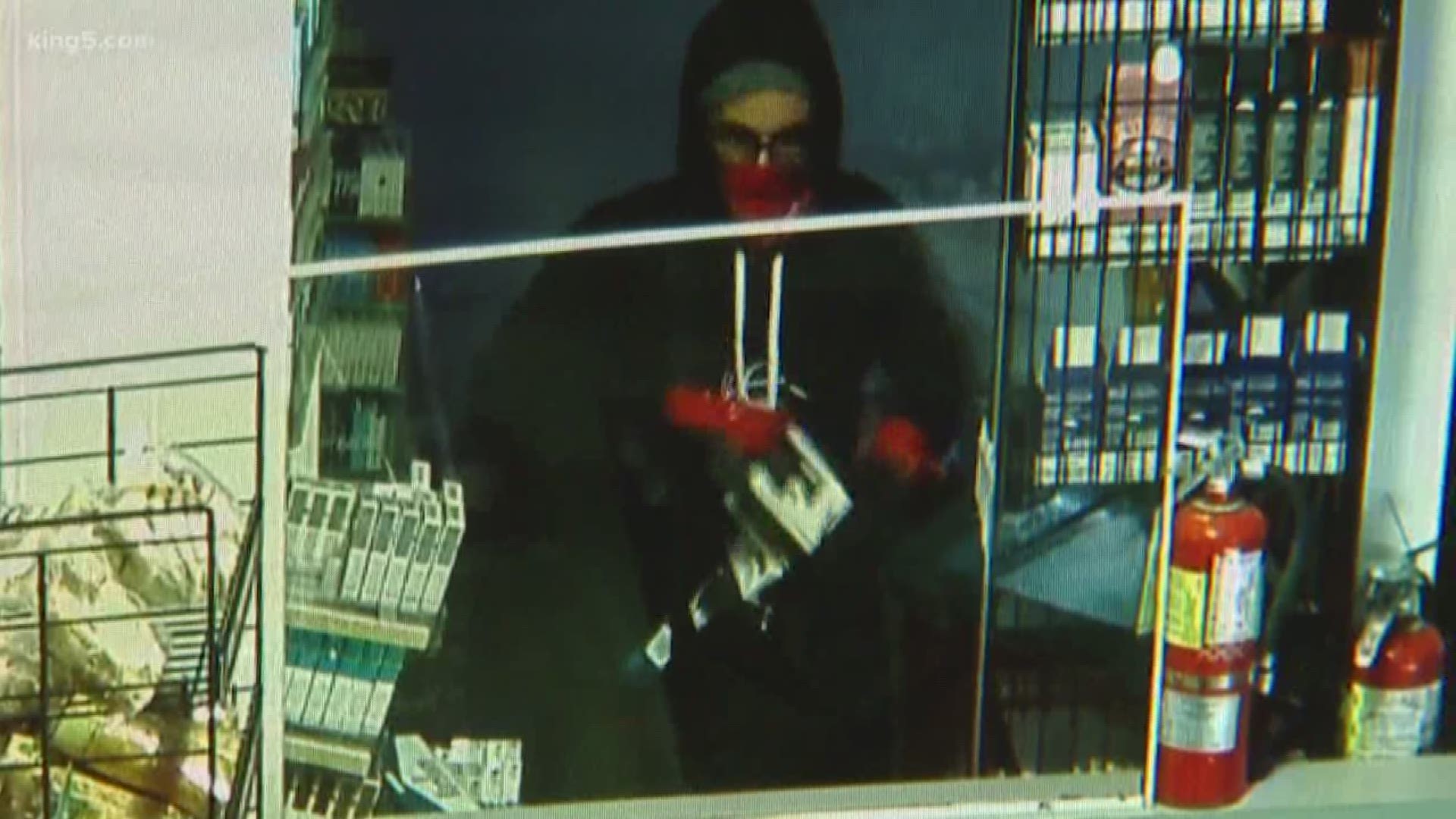 Thieves stole $15,000 of merchandise from a Magnolia gas station during an early morning break-in last Friday. The Seattle Police Department says the 911 call was first relayed as a lower priority call when it came in. Sgt. Sean Whitcomb says it should have been a 'priority one' call.

On average, a priority one call has a nine-minute response time.

"We are a service agency, and we are always striving to do our best. It's clear there was a gap here and for whatever reason, the call did not make it in as a priority one," said Whitcomb.

It happened at the Magnolia Shell Station in the 3300 block of West Government Way. The alarm company notified 911 and the gas station's owner, Sam Nasif. Nasif was able to view the surveillance video in real time on his cell phone.

"That's them walking in," said Nasif as he watched the video again Tuesday.

Two people dressed in dark clothes had bandanas covering their faces. One person shattered the front glass door with a rock and smashed their way inside. The other intruder threw a lit smoke bomb inside the convenience store in an effort to cloud the cameras, but surveillance still captured the pair loading up on packs of cigarettes.

Then they left in a red truck, but not for long, according to Brian Burns, Nasif's business partner.

"They drove by after they broke-in. They waited about five minutes, and they nonchalantly broke-in, stole a bunch of stuff and walked back out again," said Burns.

"They showed up at 4:22," said Burns, who adds that it took an hour and fifteen minutes for officers to respond.

The thieves made away with a hefty haul from the gas station.

"They got about $15,000 worth of cigarettes, and then they took a small amount of the lotto tickets," said Burns.

Nasif notified Washington's Lottery that the tickets were stolen. He says the state agency was able to track at least one ticket to a gas station in Kent where someone cashed it in hours after the break-in.

"We then reported that they also tried to turn the tickets in on 125th and 15th NE in Seattle Friday afternoon. It went on deaf ears," said Burns.

He says he called police, hoping officers would get the surveillance video from the two locations.

"They said, 'We haven't even assigned a detective to it yet,'" said Burns.

Seattle police said the response should have been faster. According to Sgt. Whitcomb, when the 911 call first came in, it was apparently not made clear that it was a crime in progress and that's why it received a lower priority.

It's something the department says it regrets. The case is now under investigation.

Seattle police just launched a new way for residents to view monthly updates on officer response times, along with proactive patrols and data on 911 calls from around the city. Learn more here.