Seattle PD have released bodycam footage of a man shot to death after taking his girlfriend's baby following a domestic violence dispute. 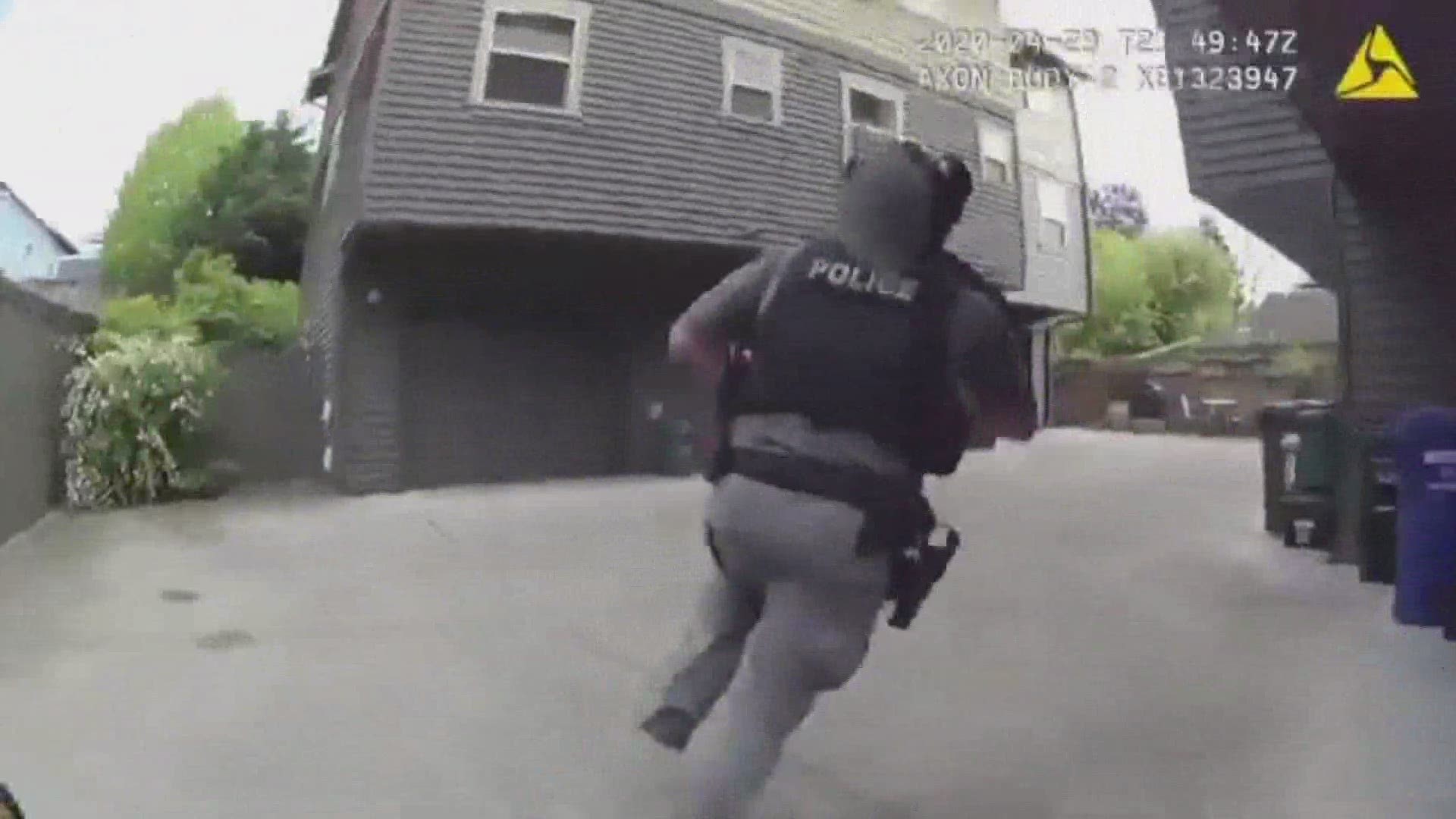 SEATTLE — Seattle Police released bodycam footage on Friday of the shooting and killing of a man they say was beating his girlfriend on Wednesday.

The suspect ran away and kidnapped his girlfriend's baby.

SPD blurred the video and released it to the public Friday evening. In the video, you can see officers quickly reach for the baby the suspect was holding when he was shot. The baby was not injured.

“Since the first week of March, domestic violence calls in our city have gone up 25%,” she said.

RELATED: Overall crime is down in Washington amid coronavirus crisis, but domestic violence calls are up

Best said the investigation into the shooting is still underway and couldn’t share many details.

She said officers responded to a 911 call on Wednesday afternoon in Columbia City from the victim who said her boyfriend was attacking her and had fired a shot at her.

Police said they saw visible injuries on the woman.

The suspect then fled with the woman's 1-year-old child. Officers caught up with him outside a nearby apartment building where he was ultimately shot and killed.

Best implored everyone to help curb this recent spike in domestic violence by speaking out, even if they don’t want to.

“We don’t want to see anyone else in the community victimized by domestic violence. And we know that people know,” she said. “Neighbors friends, family... if you know someone is the victim of domestic violence please, call it in. Intervene.”

Chief Best added the officer involved in the shooting is a 15-year veteran.

She said she recognizes how unsafe these stay home orders can be for some people and implored them to utilize resources such as texting 911 if they can’t call.

King County has also made it possible to file for protection orders online.