Seattle police officer Adam Fowler said the firework felt like someone hitting him in the face with a hammer, and he was worried he would lose his left eye. 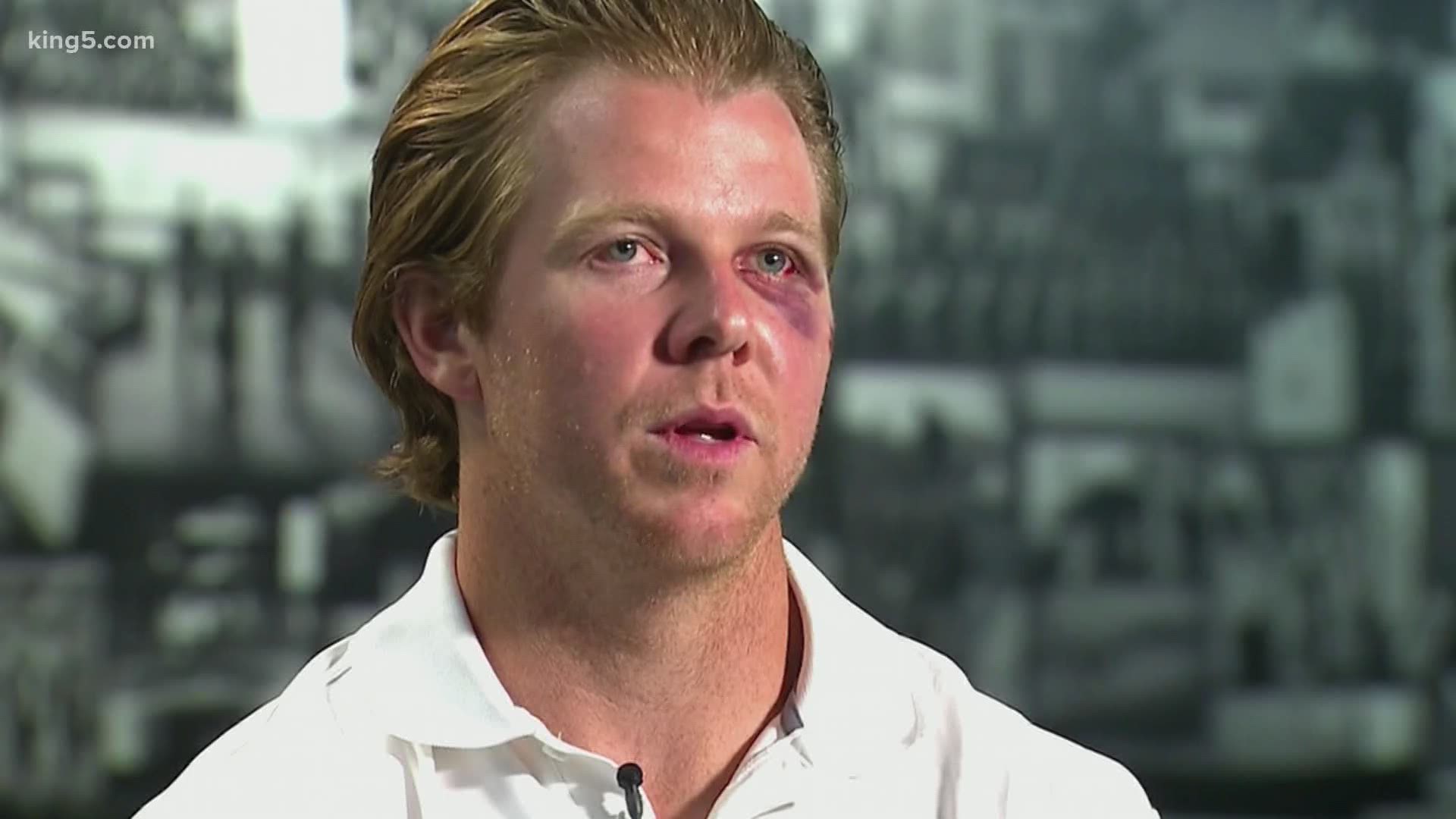 SEATTLE — On Sunday, anti-police union demonstrators marched through Seattle’s SODO neighborhood. Later in the night, the demonstration was deemed a riot by Seattle police.

Six officers were injured, and 18 people were arrested.

Officer Adam Fowler was hit in the face with an explosive and had to be hospitalized.

Fowler recalls seeing a bright flash and a loud bang. Then he felt what he described as a hammer hitting him in the face.

“As soon as they encountered us, it got pretty scary because they started launching and throwing fireworks at us,” explained Fowler. “There aren't tiny fireworks, they're firecrackers, commercial-grade mortars… they should be launched hundreds of feet in the air in a safe place to be detonated, put on a fireworks display. They're not meant for weapons."

Fowler said he lost his vision for 30 seconds to a minute. He said his face was swollen and was concerned that he would lose his left eye.