The circles mowed into the grass at Capitol Hill's Cal Anderson Park are meant to create 6 feet of distance between people who may want to sit down in the park. 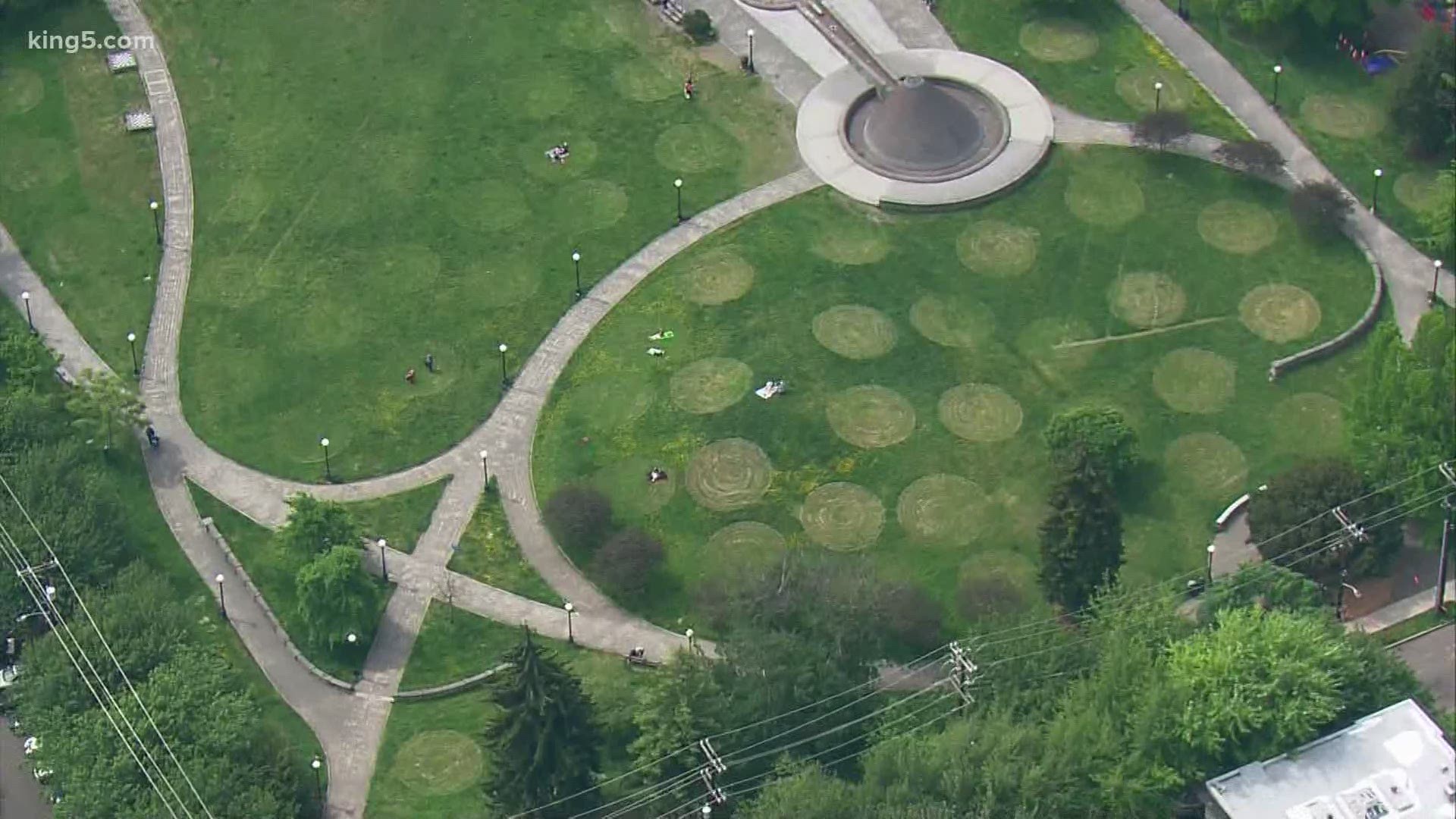 SEATTLE — If you went to Cal Anderson Park in Seattle's Capitol Hill neighborhood this week you may have noticed large circles mowed into the grass.

While it may look like crop circles or a scene from the movie Signs, there isn't anything extraterrestrial about it.

The Seattle Parks and Recreation Department says the circles are meant to create six feet of space between people who may want to lay out or sit on the grass at the park.

Los Angeles and San Francisco, as well as New York City, have done similar measures, such as spray painting circles on the park grass to designate a proper social distance.

Seattle city leaders say they're currently trying out this method and are still encouraging people to "keep it moving" in parks.

"Similar to NYC parks and SF parks, we are exploring the use of small circles distanced 6 feet apart to help folks enjoy the park and keep social distance. At this time we are just exploring this method, and are still asking folks to Keep It Moving when at the park (running, walking, and biking)," said a statement from Seattle's Joint Information Center.

Cal Anderson is currently the only park where this method is being tested at this time.

RELATED: Hikers should practice social distancing while on Washington trails

RELATED: No bonfires: Major Seattle parks to close at 8 p.m. during stay-home order