Students held a vigil while faculty consider a "vote of no confidence" after the Board of Trustees affirmed an employment policy against LGBTQ relationships. 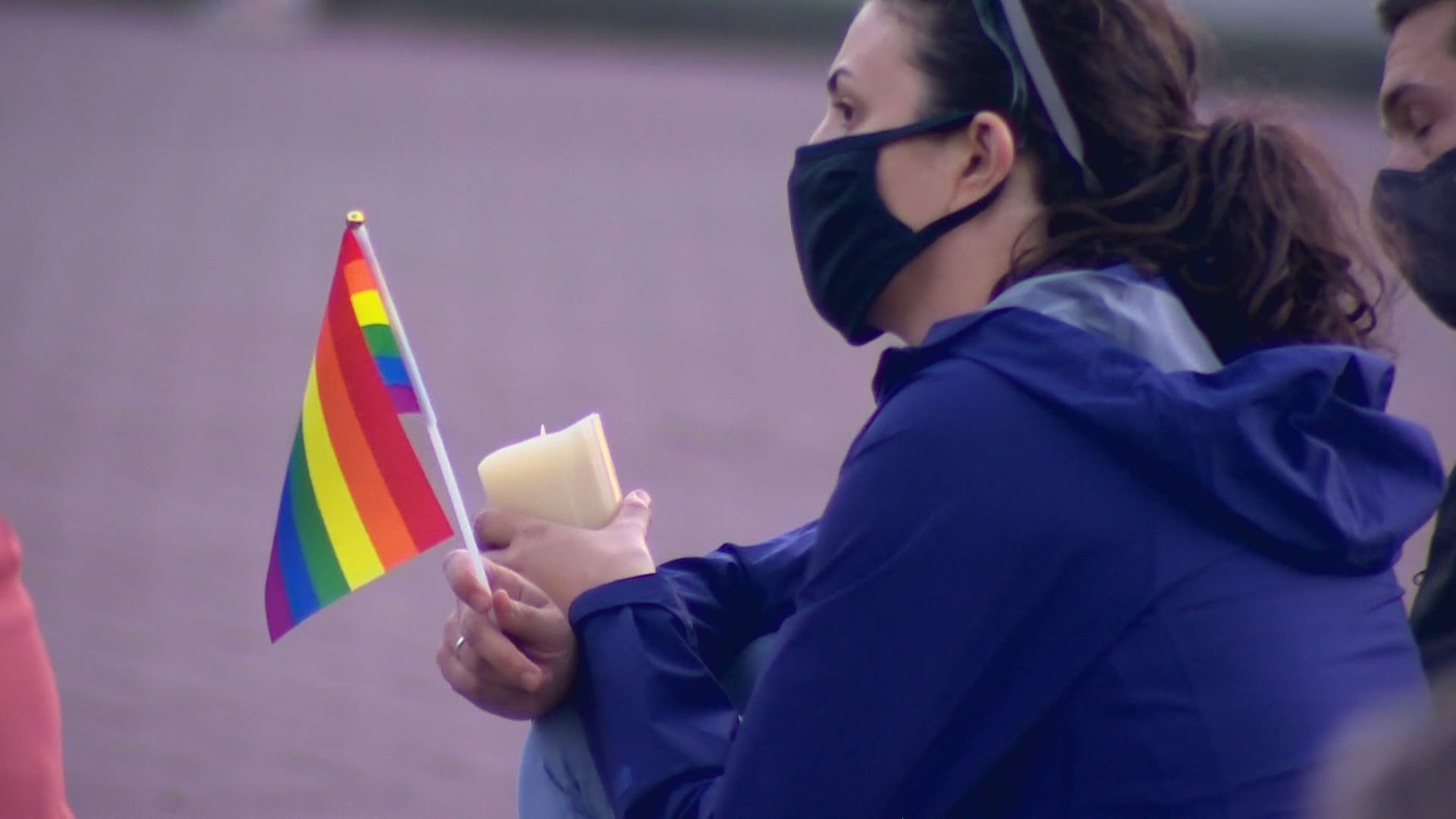 SEATTLE — A decision by Seattle Pacific University's Board of Trustees to uphold its employment policy relating to a person's sexuality is spurring action among students and faculty.

Faculty at SPU — a private Christian school — are weighing a possible "vote of no confidence" against the Board of Trustees after the board decided Monday that it will retain an employment policy stating that marriage and relationships are "intended between a man and a woman."

SPU students said they were in touch with faculty who plan to consider the no-confidence vote this weekend.

"They have not yet voted but they're going to go into that vote," said Laur Lugos, a junior at SPU.

Lugos joined dozens of SPU students for a vigil on campus Friday night to continue pushing the Board of Trustees to change its stance on sexuality when it comes to hiring practices.

"I'm embarrassed to say that I go to school here when I hear how the school treats the LGBTQ community," Lugos said.

Students are standing by Jéaux Rinedahl, the former SPU adjunct instructor of nursing who is central to the recent actions.

Rinedahl filed a discrimination lawsuit against SPU in January, claiming he was denied employment as a full-time instructor because he is gay.

"They don't have the right to judge me, number one, because my employer has no business in my bedroom," Rinedahl said.

Rinedahl said he appreciates the support from students and faculty and hopes their actions might incite changes in policy.

"The decision of a very, very small group of people who ignored the will over everybody around them made a decision that affects so many people, and I think that's very sad," Rinedahl said.

Rinedahl has since left SPU and now works as an instructor at Tacoma Community College. The lawsuit he filed in January is currently in legal discovery, according to Rinedahl.

Since news of the lawsuit surfaced, SPU students and faculty have voiced concerns over the policy. A "letter of lament" signed by alumni and staff was sent to the Board in February to show support for LGBTQ staff. So far, the letter has at least 1,400 signatures.

But the head of the Board of Trustees on Monday said it will not change SPU's employment policy.

"After careful consideration and thoughtful review, to remain in alignment with the board’s understanding of SPU’s Statement of Faith and to remain affiliated with the Free Methodist Church, the board declined to change SPU’s employment policy related to human sexuality," Board Chair Cedric Davis said in a statement read at the SPU Employment Forum on Monday.

The statement added: "The board recognizes that fellow Christians and other community members disagree in good faith on issues relating to human sexuality, and that these convictions are deeply and sincerely held. We pray that as we live within the tension of this issue, we can be in dialogue with the SPU community. We commit to continue to listen and be in relationship with the SPU faculty, staff and students as we seek God together and live out our calling to be a grace-filled community.”

Friday night's vigil at the SPU campus sought to continue the dialogue through action items for change.

"We don't think it's fair that students will never have an openly gay professor here," Lugos said.