The Seattle-based organization iLEAP trains young leaders from around the world to organize and lead on social issues during a two-week program. 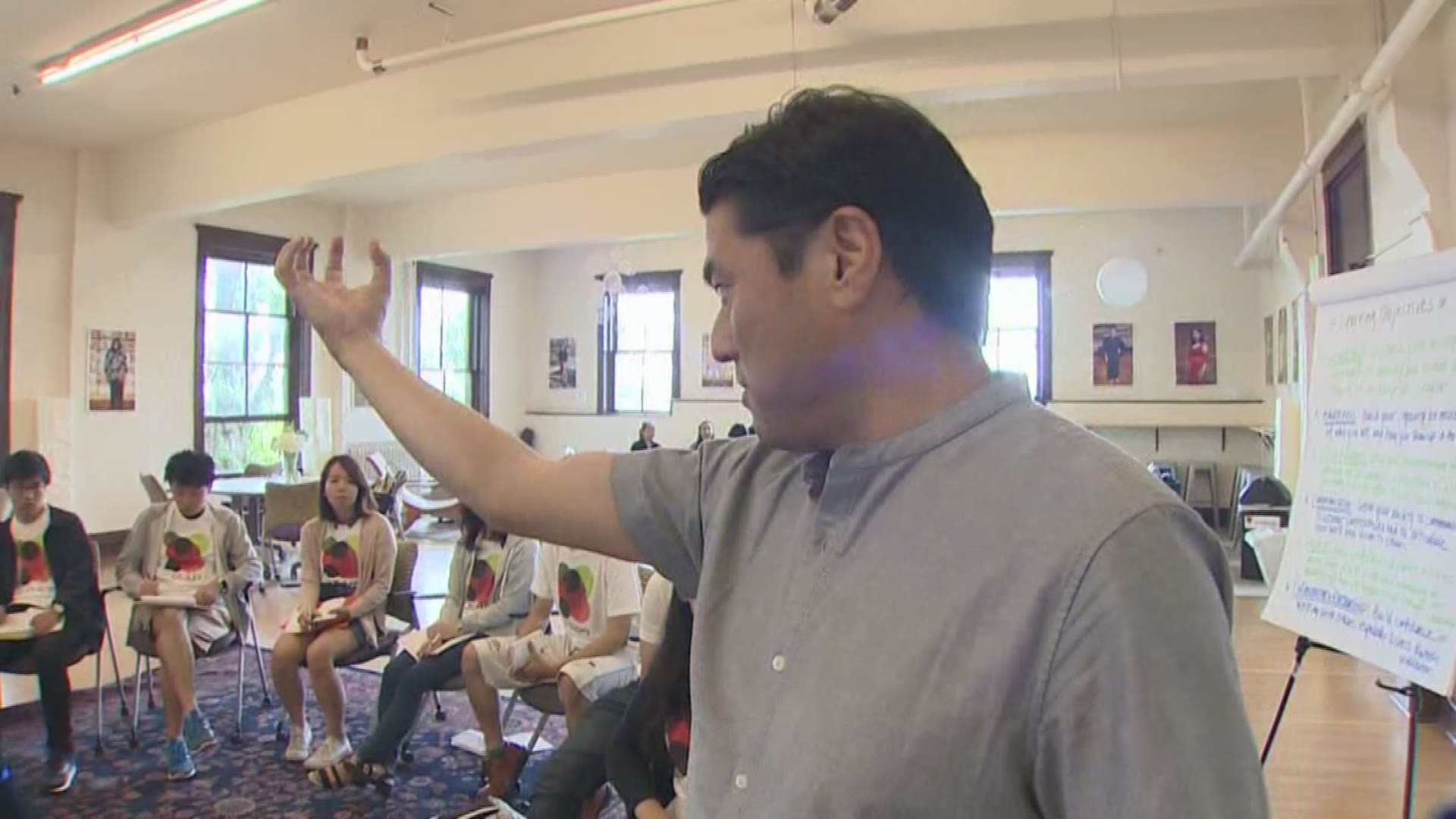 Washington state has some pretty well-known exports -- airplanes, software, apples and seafood among them. Add to that list "social entrepreneurship."

The Seattle-based organization iLEAP trains young leaders from around the world to organize and lead on social issues during a two-week program. The program covers issues like education, aging societies and recovering from disasters like wildfires, earthquakes or tsunamis.

On the second to the last day of the program, participants from Japan, all under age 25, are eager to put their newly acquired skills to work on "dream projects."

Himawari Nemoto wants to re-brand Fukushima Prefecture as "creative" and "fun" instead always apologizing for the site of the 2011 nuclear explosion.

Atsuko Suzuki wants to tackle a problem common in both the U.S. and Japan -- work-life balance. Young people in Japan are preoccupied with their smart phones, the 21-year old said.

"I think we need to balance face to face time, work, school and smart phones."

"And even though some may create for-profit businesses and projects, there is usually some social benefit. They want to give back socially," Yamamoto said.