A female worker at Casa Latina alleges that her male superior touched her inappropriately and sexually harassed her. 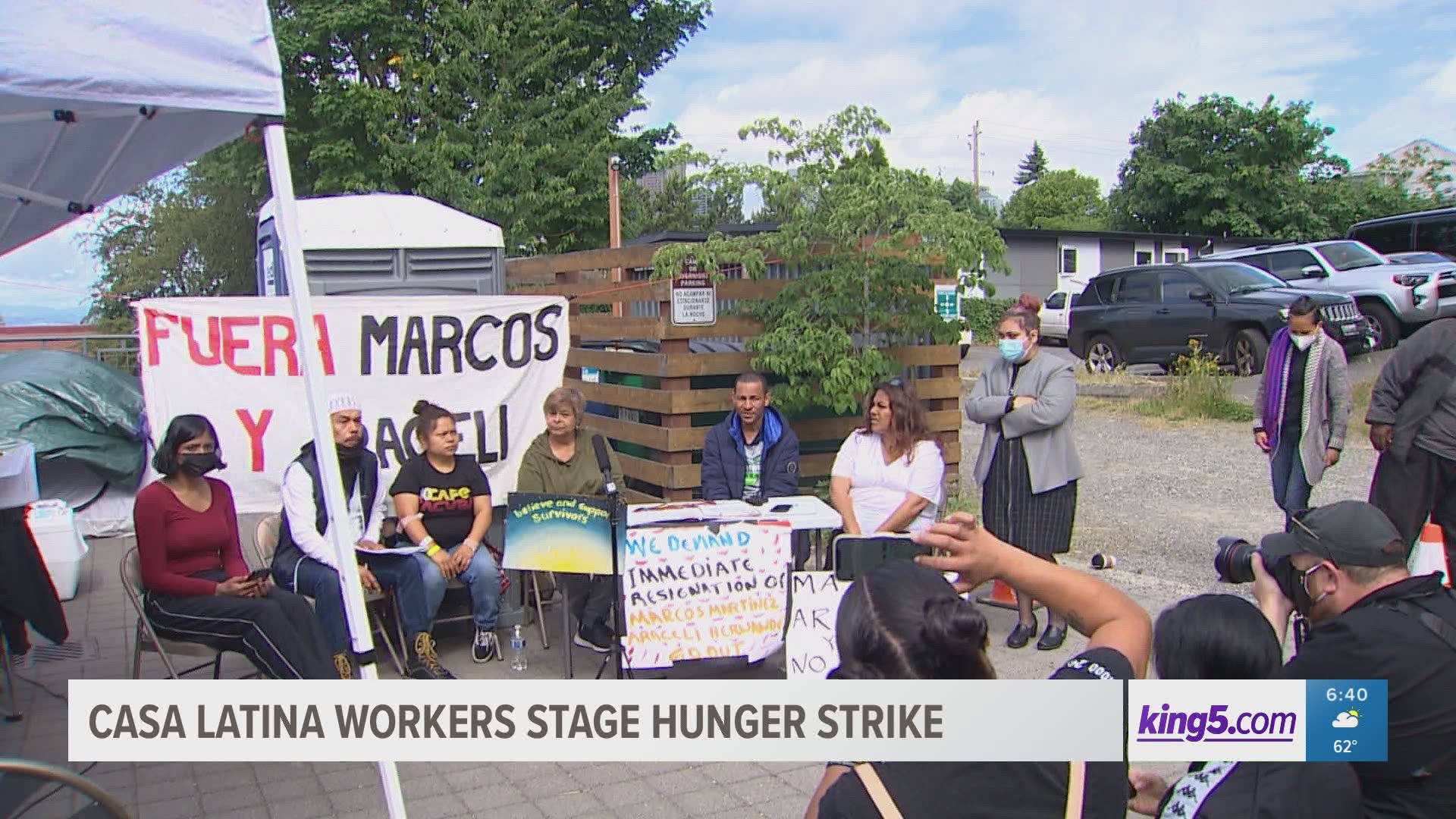 SEATTLE — Workers at Seattle-based nonprofit Casa Latina held a press conference Thursday to announce a hunger strike they are holding after, they say, claims of sexual misconduct were not appropriately dealt with.

The allegations, which came to light in May, claimed that a female worker had been touched inappropriately and sexually harassed by her male superior.

In a Tuesday release announcing plans for the press conference, the workers said that they had begun an indefinite hunger strike until certain demands were met, adding that one worker participating in the fast has been hospitalized.

According to the workers, they have already tried to go through other channels like contacting the police and their human resources department.

Casa Latina Board President Pilar Pacheco recently said in a letter that the organization, which provides employment education and other services to Seattle’s immigrant population, had retained a consulting company to investigate the allegations. This came after a protest had taken place outside the headquarters in May.

However, the workers and others that have joined them say the organization’s actions are not sufficient and are demanding the company create a new team to investigate the allegations.

Their statement reads in part, “In our demands, we ask that you create a board of directors of investigators that is made up of survivors, laborers, workers, and community organizers.”

Additionally, the workers are demanding that the accused harasser be banned from Casa Latina spaces and events, that Casa Latina leaders Marcos Martinez and Araceli Hernandez be fired, that Casa Latina pay the victims and their families and friends who were harmed reparations and that the nonprofit’s leadership work to create a safe space for survivors of sexual violence.

On Thursday, Casa Latina said it had to close its worker center due to protesters causing an unsafe work environment and scaring staff.

“We strongly support the right to protest and the freedom of expression, but harassment and intimidation of our staff and members are totally unacceptable. That is our red line,” Pacheco said.

Washington Sen. Rebecca Saldana has also spoken out about the Casa Latina controversy, releasing a statement that says in part, “I thank the women who bravely reported harassment and unwanted sexual advances in their workplace. I believe the women. Workplaces should be safe spaces, but when they are not, leadership must step up to ensure safety, accountability, and actions to build trust and structures to prevent it from happening again.”

She goes on to say that she believes the Casa Latina board and the executive director are doing their best to bring about accountability in the situation.

Casa Latina has not yet responded directly to the hunger strike but has called on the protesters to stop intimidating behavior toward its workers.