A gas leak forced the evacuation of 12 blocks in Seattle's University District on Monday afternoon. 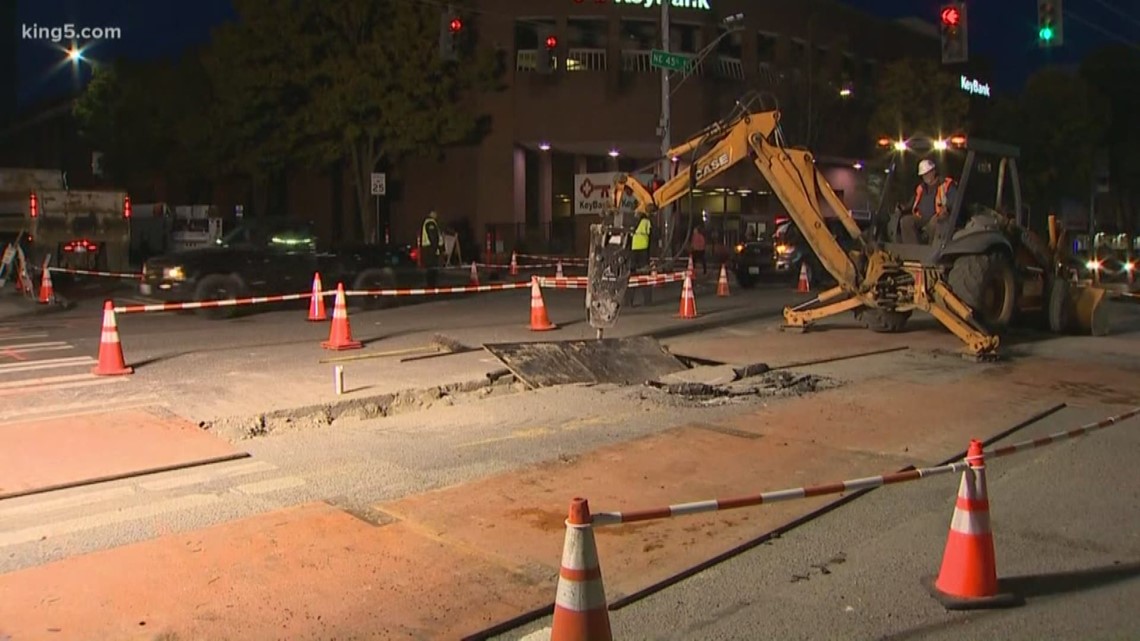 The natural gas leak started just before 2 p.m. Monday and was capped around 5:15 p.m. It occurred at a construction site at Brooklyn Ave. NE and NE 45th Street.

Seattle fire crews evacuated buildings around a 12-block zone during the leak, including the UW Tower.

There were no reports of injuries.

Fire officials said they received a 911 call after construction crews operating an excavator struck a 2-inch gas line. Puget Sound Energy is on-site and investigating if proper protocols were followed.

Firefighters and PSE conducted a sweep through primary buildings that were evacuated to make sure they were safe for the public to re-enter.

"We had our glass doors shut and you could smell that strong odor of gas in here, and it stunk," said one business owner in the area. "I mean, you know what that gas odor is right away."

The wind played a factor in determining the evacuation zone, along with levels of natural gas found from monitoring buildings in the immediate area, Seattle fire officials said.

The gas leak happened right in front of The Neptune theater. A concert scheduled at The Neptune tonight was moved to The Showbox, according to STG Presents. 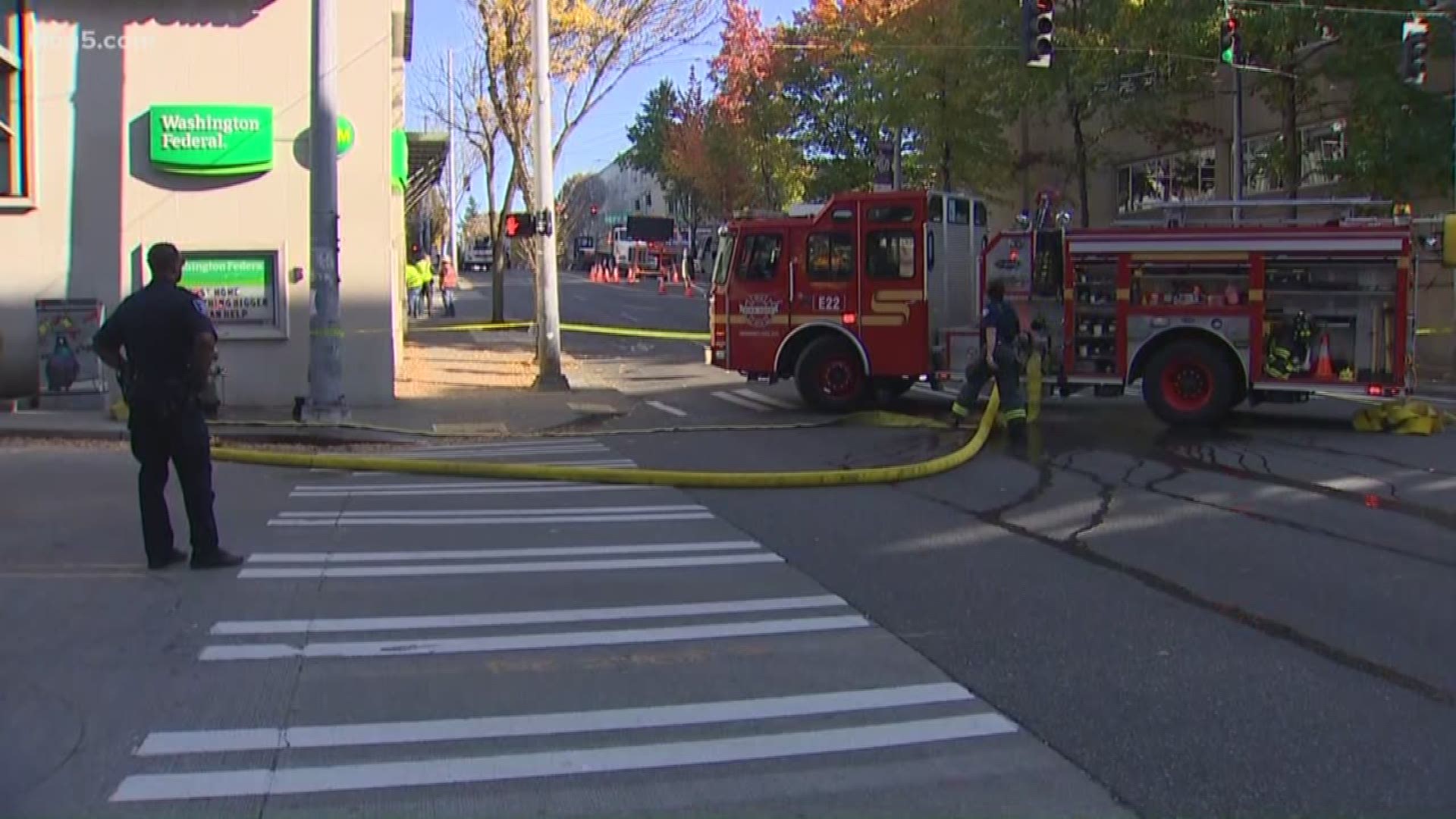 The north and southbound off-ramps from I-5 to NE 45th Street briefly closed, according to Washington State Patrol.

Last week, Seattle Fire responded to a gas leak on the 10300 block of Midvale Avenue North in North Seattle after contractors digging in the area punctured a 2-inch gas line. Three Puget Sound Energy workers were injured while trying to secure the line and were transported to the hospital in stable condition.