Redwolf Pope, who hosted a TEDxSeattle talk about Standing Rock, was charged with two counts of rape in Seattle and kidnapping, rape, and voyeurism in Santa Fe. 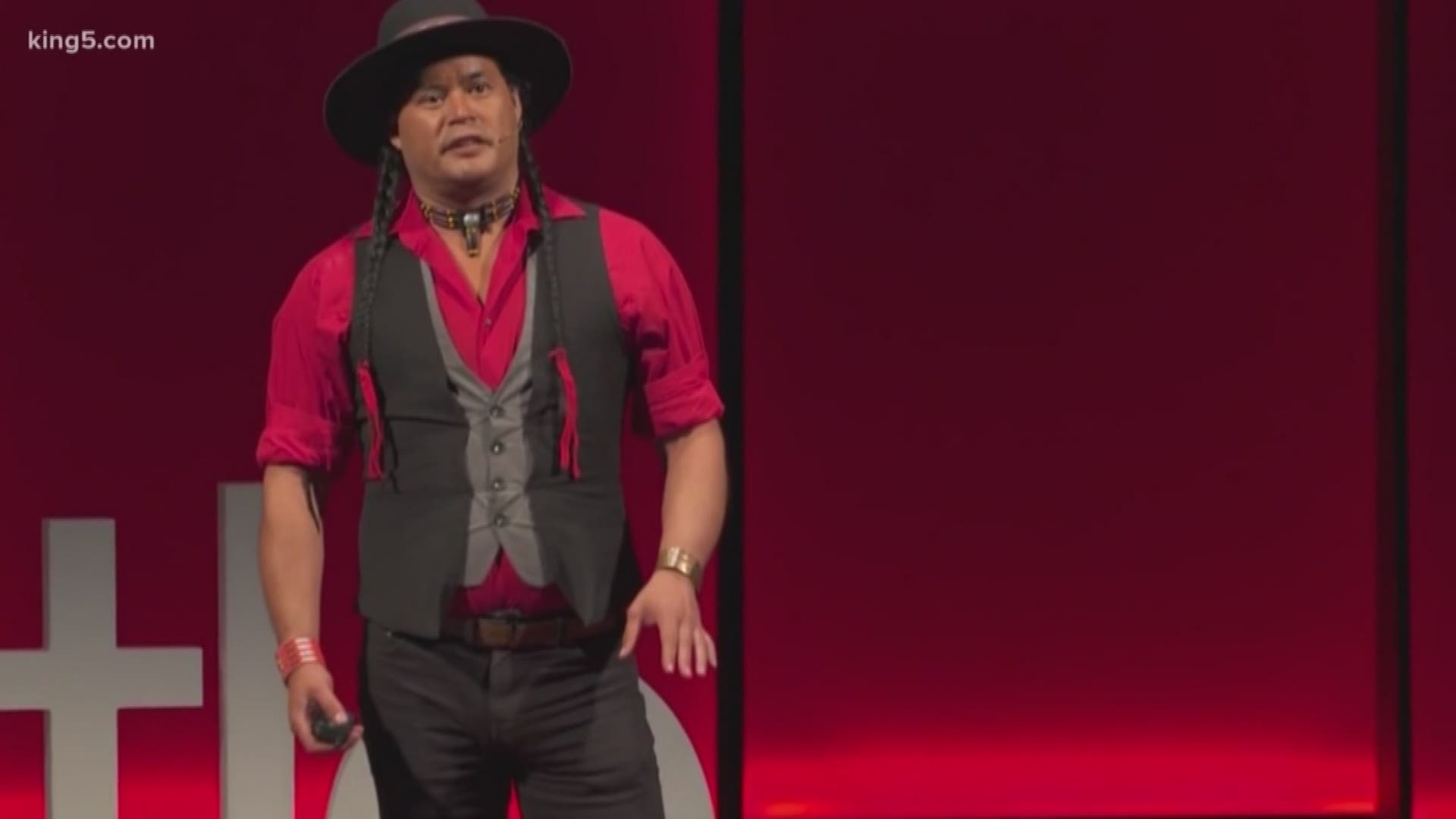 A judge declined Wednesday to release an activist accused of recording sexual assaults of unconscious women on video after another judge had ordered his release as a sanction against prosecutors over evidence rules.

In his ruling, Magistrate Judge David Segura said he did not have jurisdiction to release Redwolf Pope from jail as previously ordered because of a pending Seattle warrant. At the same time, the judge said Pope, 43, had to remain in New Mexico until charges against him in the state are resolved, rather than be extradited to Washington state.

Pope, who has denied accusations against him in court filings, has been charged with two counts of rape in Seattle. In Santa Fe, he is charged with kidnapping, third-degree rape and voyeurism, with a trial scheduled for January.

He had residences in both cities, police said.

Officers have reviewed dozens of photographs and multiple videos in their investigation, according to authorities. Pope has been described as having served as a liaison for elders, veterans and legal representatives during Dakota Access Pipeline protests at the Standing Rock Sioux Reservation in North Dakota.

He has been accused by victim advocates of targeting Native American women through his activism.

"There's no question here what this man has done," said Mary Kathryn Nagle, an attorney who is representing victims in the case.

The decision Wednesday to keep Pope detained was met with relief expressed by a several community members at the hearing and by Nagle, who said the previous decision to release him had shaken her clients' trust in the system.

Prosecutor Larissa Breen said digital photos of the affidavit warrant were given to the defense.

Voicemails seeking comment from Pope's attorney have not been returned.

Pope — who once delivered a TEDx Talk in Seattle about the Standing Rock protests — was arrested last year amid accusations he sexually assaulted females who appeared to have been slipped a date-rape drug.

He also was accused of surreptitiously recording people at apartments in Santa Fe and Seattle. A Seattle roommate reported finding a small video camera in the apartment's bathroom. After travelling to Santa Fe, she turned its memory card over to police.

A decade ago, Pope appeared on The O'Reilly Factor on Fox News to discuss Native American perspectives on Thanksgiving.

The show identified his tribal affiliation as Western Shoshone. There also have been past media references to him being Tlingit, a tribe in Alaska.

Since his arrest, nonprofits, victim advocates and others have challenged Pope's assertions of Native American heritage.

The Associated Press has identified him as a Native American activist in past stories.

"Pope has created a false identity and posed as a Native man to infiltrate Native communities and prey upon our Indigenous women," Abigail Echo-Hawk, director of the Urban Indian Health Institute in Seattle, said in a statement before Wednesday's hearing.

The videos represent recordings of consensual sex he had with former girlfriends in the past, which he kept in an encrypted file on his computer, according to Pope.