Homeless women often don't have any products to use when they're on their menstrual cycle. A Seattle movement has collected over 80,000 items to help fill their need. 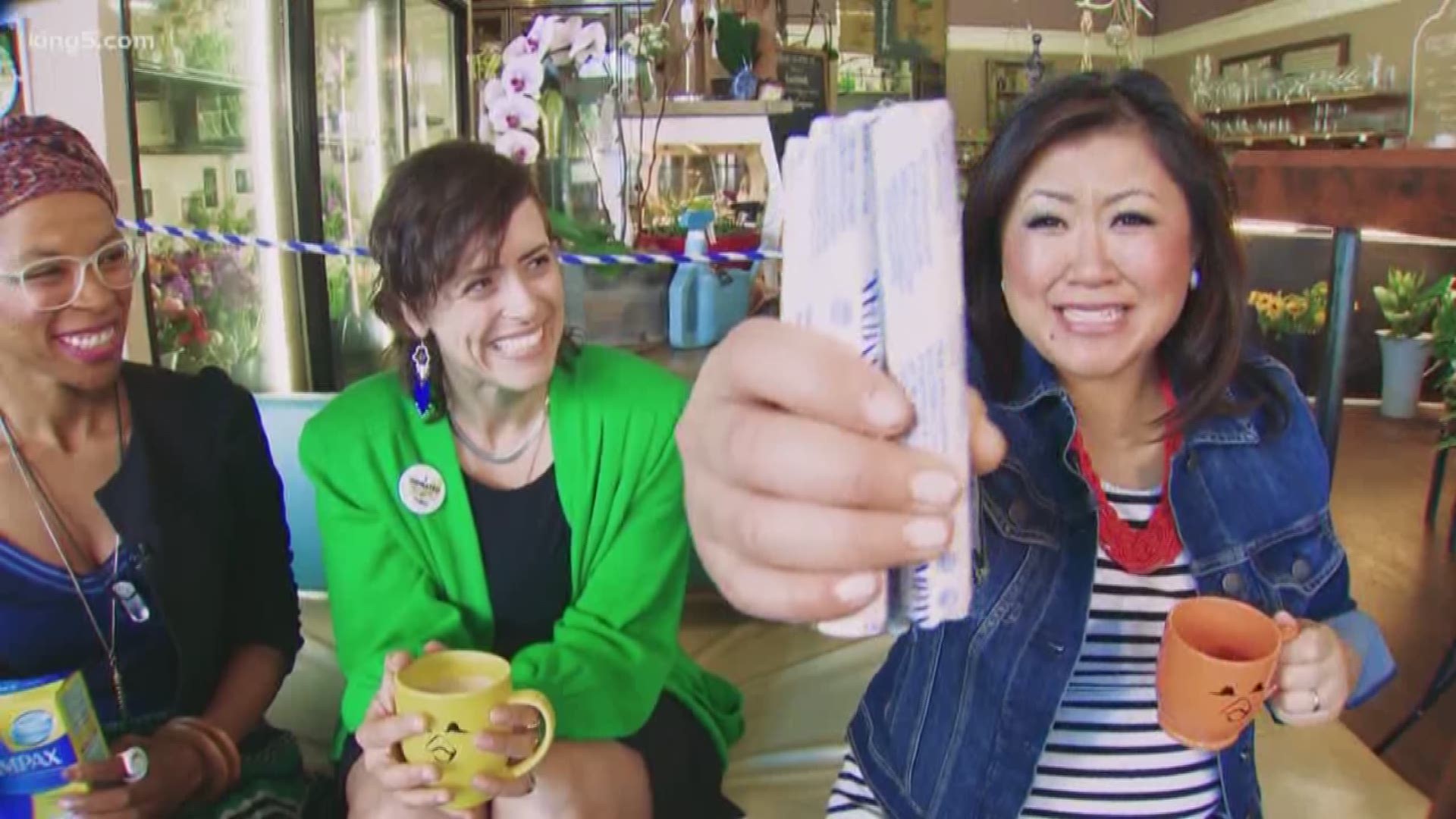 Tampons shouldn't be taboo, but a lot of women find themselves keeping quiet about their menstrual cycles. And now two Seattle women are working on a movement to make sure vulnerable women have the supplies they need when Mother Nature calls.

Melanie Granger and Corina Luckenbach co-founded One Million Tampons to help alleviate some of the stress related to menstrual care. It started when Melanie and Corina wanted to put a show together to give back to the community. Melanie's band Push4Luv gathered some local artists together, and the admission cost was a toiletry item like socks or tampons. An idea was hatched.

"I was going around talking to people about how we were gathering tampons for this event, and they were like, 'Oh, well, you know Pearl Jam is raising $1 million for the homeless," said Luckenbach. "That's great. We're raising tampons, but it just kept coming up over and over again, and I felt like there was this challenge there. We're just regular people doing a thing, and maybe we can make this bigger."

The two started getting boxes and boxes of tampons sent to places like the Admiral Bird in West Seattle, where Luckenbach is a co-owner. Right now the idea is a movement, but the pair is working to become a non-profit.

"Tampons started flowing in from all over the world - Africa! Everywhere!" Luckenbach said.

"We were just so grateful that the community responded that way so fast," said Granger. "We were able to distribute to Mary's Place and YouthCare, and then get out to the local individuals that we seek out here on the streets. It was very impactful."

Luckenbach and Granger are now starting to get requests from other organizations throughout the city and are listening to the needs of each. In some cases that's not just tampons but also pads, cups, and other products. They've created an Amazon wish list to help with the increasing need.

Earlier this month, One Million Tampons said over 88,000 tampons and pads had been donated to the effort.

“I just got back from the gym and stopped by Admiral Bird, and look at all these donations! Thank you everyone so much,” co-founder Corina Luckenbach said. “Please keep sending them in!”

The group says some of those donations will go to a battered women’s shelter.

"If you have to decide between food or shelter, tampons fall off that list really fast," said Luckenbach. And if you don't have a product, the first thing homeless people use are socks or toilet paper. Whatever is the closest thing to them that they can use. So it becomes a health issue super fast."

The goal of One Million Tampons is to not only meet a need but also to reinstate the idea that these are more than personal care items.

"People forget that it's such a necessity," said Granger. "This is a necessity for women all around the world, and not just for our homeless women. But we're so happy that we can cater to them at this time."

The goal is also to eradicate shame around menstrual cycles, which Granger and Luckenbach are discovering is a global movement.

"We want to challenge mothers and fathers to teach their children about their bodies, right? It's so important. We are noticing that our poor high school or elementary children are afraid to even go to school when they start their cycles," said Granger. "We want to knock that down as something normal that they should never be ashamed of. It helps the world go around."

One Million Tampons shared a photo of an Amazon gift donation note that read, “Never thought of this need until I saw the article on Facebook / KING 5. Just one small thing I can do.

If you would like to make a donation, there a drop off location in West Seattle: