A Seattle mom is cautioning other parents to look for warning signs of AFM, a polio-like illness that can cause sudden paralysis. Six Washington children under age 6 are currently diagnosed. 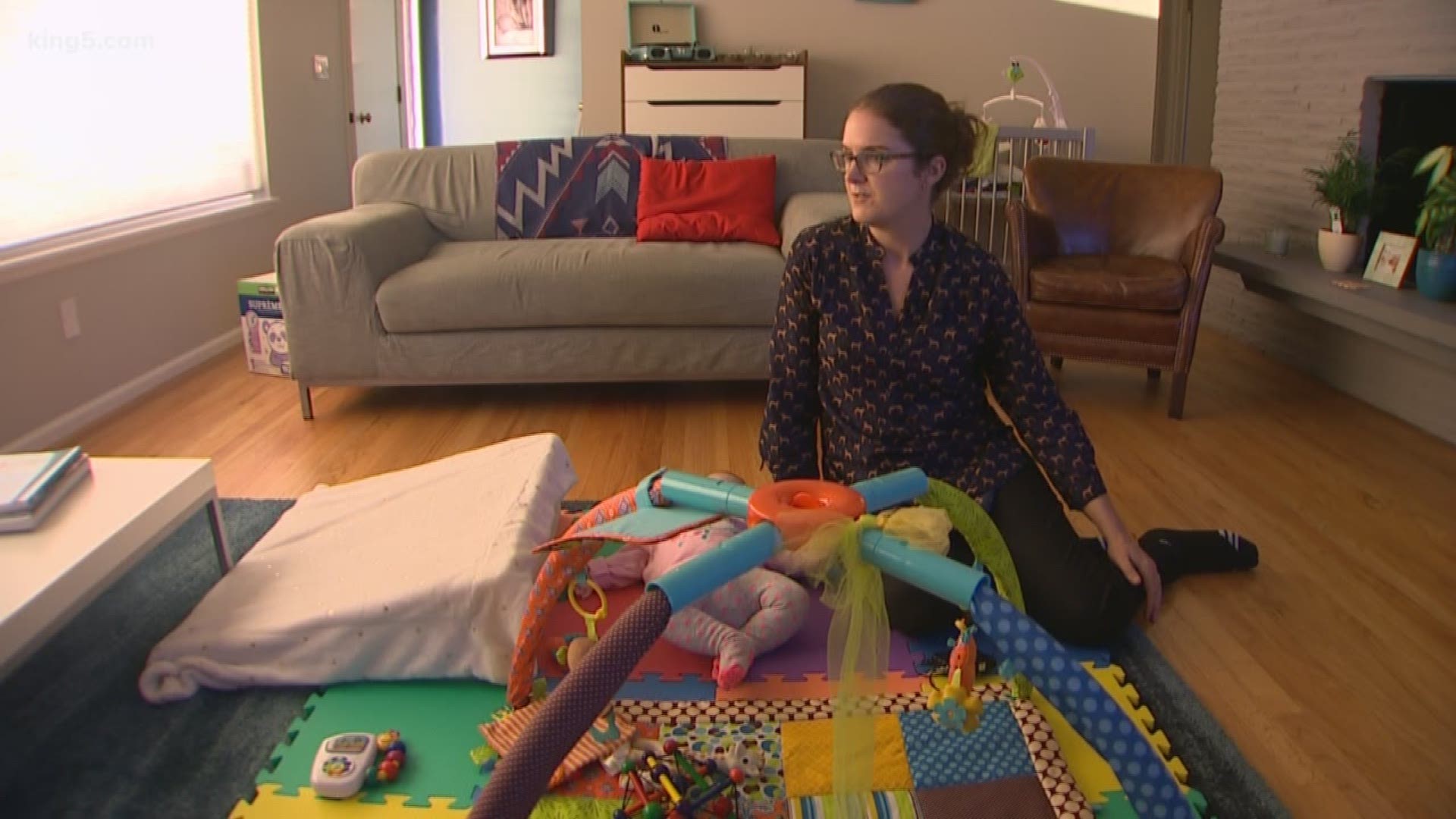 The family of a baby diagnosed with a rare condition is sharing their story in hopes of helping other parents.

State and federal officials are currently investigating six possible cases of acute flaccid myelitis (AFM) in Washington state. The condition can cause the sudden paralysis of limbs by affecting the spinal cord.

All six cases under investigation were in children under six years old. The sixth case was announced Thursday, in Skagit County.

Olga Buiter’s daughter, Zoe, had a cold earlier this month.

“We started noticing she was no longer using her right arm,” Buiter said. “Which is weird, because babies are constantly moving.”

They took Zoe to a doctor, who performed some tests, and recommended they watch her over the weekend. But Olga was worried, so they took 7-month-old Zoe to the emergency room at Children’s Hospital in Seattle. There, after more tests, she was diagnosed with a probable case of AFM.

The disease, health officials say, is difficult to positively confirm by anyone other than a few specially trained neurologists. Because of that, these ‘probable’ diagnoses are common, according to the Washington Department of Public Health.

But it’s why doctors believe Zoe’s arm continues to hang limp by her side. As she squirmed on a playmat at home in Seattle, her right arm stayed flat on the floor.

Zoe will now do physical therapy, and see a neurologist next week.

According to the Washington State Dept. of Public Health, “Some viruses and germs have been linked to AFM, including common germs that can cause colds and sore throats, and respiratory infections. It can also be caused by poliovirus and non-polio enteroviruses, mosquito-borne viruses (such as West Nile virus or Zika virus) and possibly by non-infectious conditions.”

However, medical professionals warn that it is exceedingly rare. The CDC says less than 1 in a million Americans develop AFM a year. The causes of cases are often not confirmed.

“What we do know is that AFM can be caused by lots of different things, and one of those things is a viral infection,” said Dr. Elizabeth Meade, Chief of Pediatrics at Swedish. “So we’ve seen that there’s an association between viruses, specifically enterovirus, in the past. That enterovirus is transmittable from person to person, but you can’t actually catch AFM from somebody else.”

She said viruses that can lead to AFM are transmissible between people.

“But just because you catch the virus from somebody that developed AFM, doesn’t mean that you will also develop AFM,” Dr. Meade explained.

Olga said she is not sure if Zoe is included in the six cases under investigation. State officials were unable to speak to that either, saying the investigational cases have been sent to the CDC.

It’s left Olga and her family with a lot of questions for their doctors.

“They can’t tell us because they don’t know,” she said. “There’s just not enough information out there.”

Still – she’s holding out hope for the other children affected by AFM, and for her daughter’s future.

“She’s so happy,” she said. “And I have to stay positive for her. It’s the only way to go through this, I think.”

The health department says there are no specific recommendations for avoiding AFM, but washing your hands, avoiding close contact with sick people, cleaning surfaces with disinfectants, and staying up-to-date on immunizations is recommended.

Olga wants parents to know to watch their children closely.

"I would say don't panic if your kid has a cold, because that happens to kids all the time," she said. "But if you do notice they stop using one of their limbs... just take it very seriously, and take them to the ER immediately." 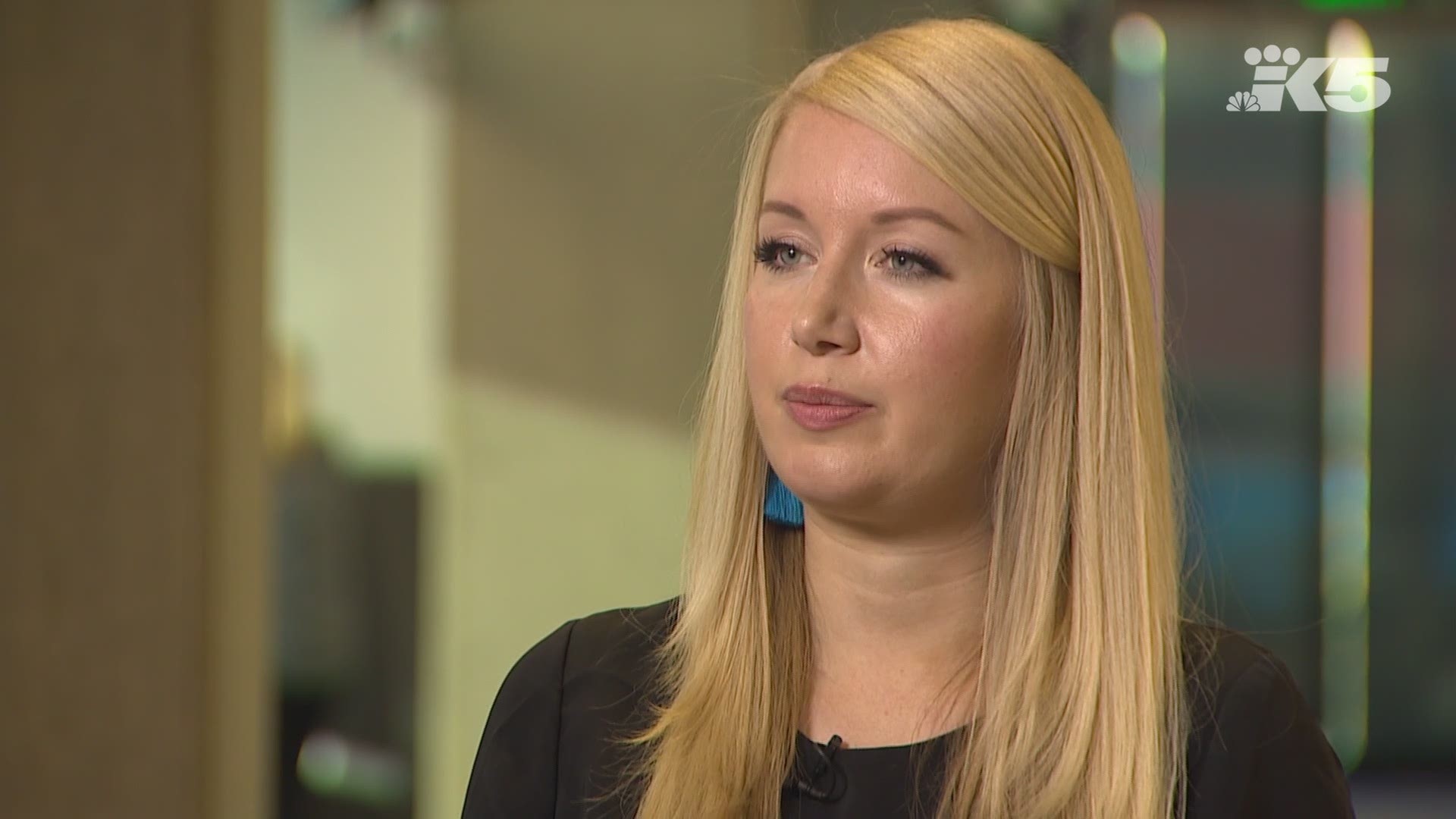