Mayor Jenny Durkan cited a lack of a plan by the council to account for what would happen to public safety by cutting dozens of police officers and programs. 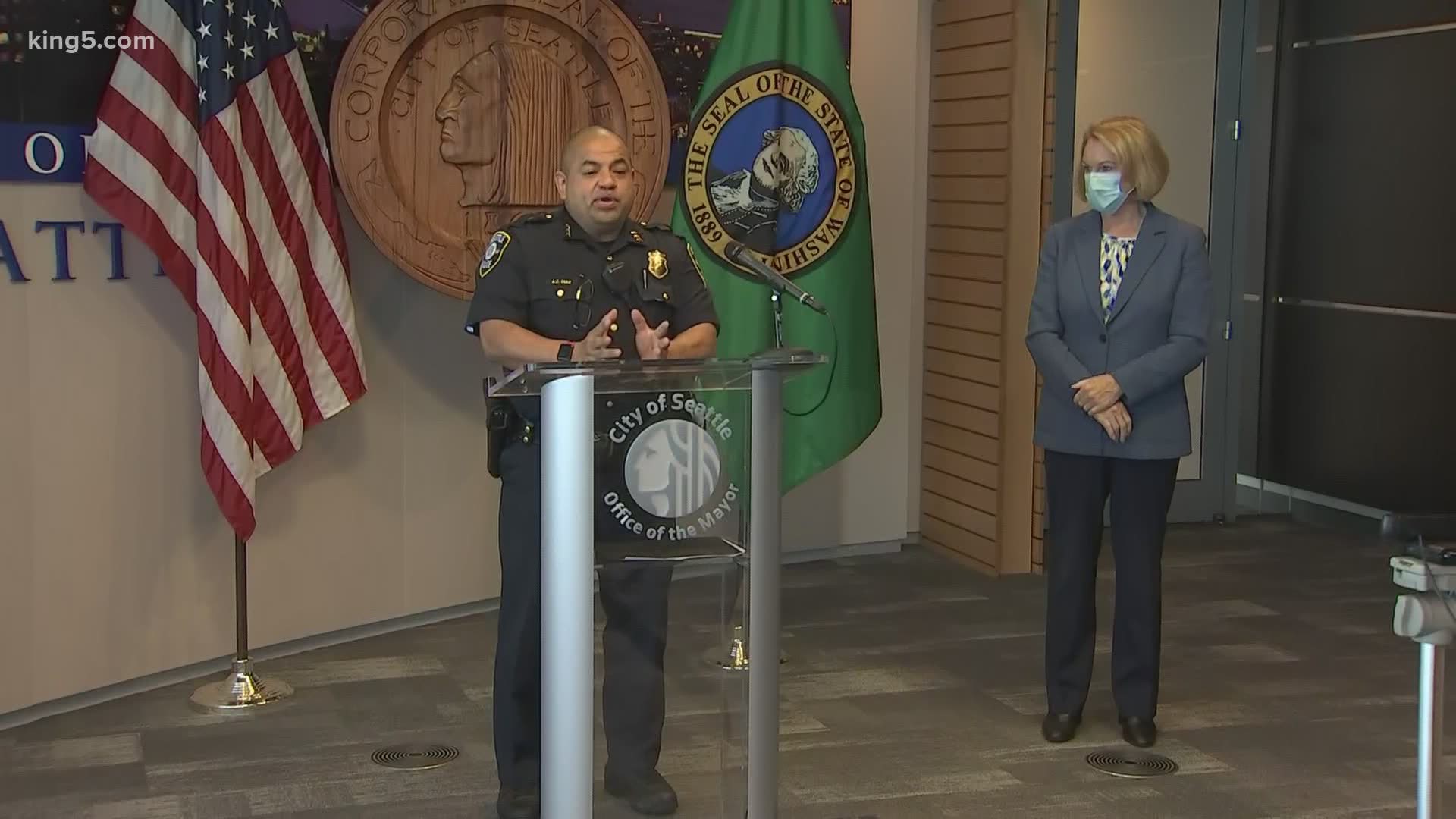 SEATTLE — Mayor Jenny Durkan on Friday vetoed the Seattle City Council-approved proposals that included reducing the Seattle Police Department (SPD) by as many as 100 officers through layoffs and attrition.

The council last week made proposals that cut less than $4 million of the department’s $400 million annual budget this year. Those measures were supported by demonstrators who have marched in the city following the police killing of George Floyd in Minneapolis.

But they were strongly opposed by the mayor and SPD Chief Carmen Best.

During a Friday press conference, Durkan cited a lack of a plan by the council to account for what would happen to public safety by cutting dozens of officers. The council's legislation called for cutting 100 officers, along with other programs within the police department.

Durkan said she’s working with the council, Chief Best, and Deputy Chief Adrian Diaz to come up with solutions.

“I do not believe the 2020 budget in its current form moves us closer to those shared goals,” said Durkan during a Friday press conference. “I truly believe we can, and must, find common ground for the vision of SPD.”

Durkan stressed the need to have new community-led programs in place before making drastic cuts to SPD's budget so nothing falls through the cracks. She specifically cited the Navigation Team, which works with the homeless, and would have been cut in the council's original legislation.

Other programs that would have been affected include Mounted Patrol, School Resource Officers, and Harbor Patrol.

"I want to stress that the council president and I have agreed that we will continue to collaborate to make changes," said Durkan.

Durkan said Friday she has reached an agreement with the council to provide $45 million in COVID-19 relief funds for 2020 and 2021. The agreement will also retain $50 million in the rainy day fund to address budget shortfalls.

Durkan said the city is now at a $326 million budget shortfall due to the economic downturn related to the pandemic.

“Since June 1, there have been 116 shots fired incidents in Seattle. That’s up from 75 in the same period last year. These incidents have resulted in 33 injuries and six deaths. They cannot continue,” said Durkan.

Durkan said this year the city is investing with 27 different youth programs that are focused on Black and IPOC communities that address youth safety, reentry services, and individuals harmed.

“We must stop gun violence. We know that enforcement and policing is only one part of the work that needs to be done to do so. We also need to work with trusted community partners who can work both to deescalate situations and provide alternatives to the criminal justice system," said the mayor.

The press conference also gave Durkan and Chief Best an opportunity to pass the torch to Deputy Chief Diaz, who will be taking over for Chief Best when she retires. He will become the interim chief on Sept. 3.

"One incidence of violence or homicide is too much," said Deputy Chief Diaz. "We’re talking about statistics and numbers here, but there is a human being behind each of these numbers. There is a family and a community member that suffers with each loss. The impact of one incident is much greater than just a number."

Mayor Durkan gave Chief Best a boutique of flowers on Friday and thanked her for her years of service.