Mayor Jenny Durkan and her lawyers are arguing the push to recall her is based on a policy disagreement and not a violation of any law or standard. 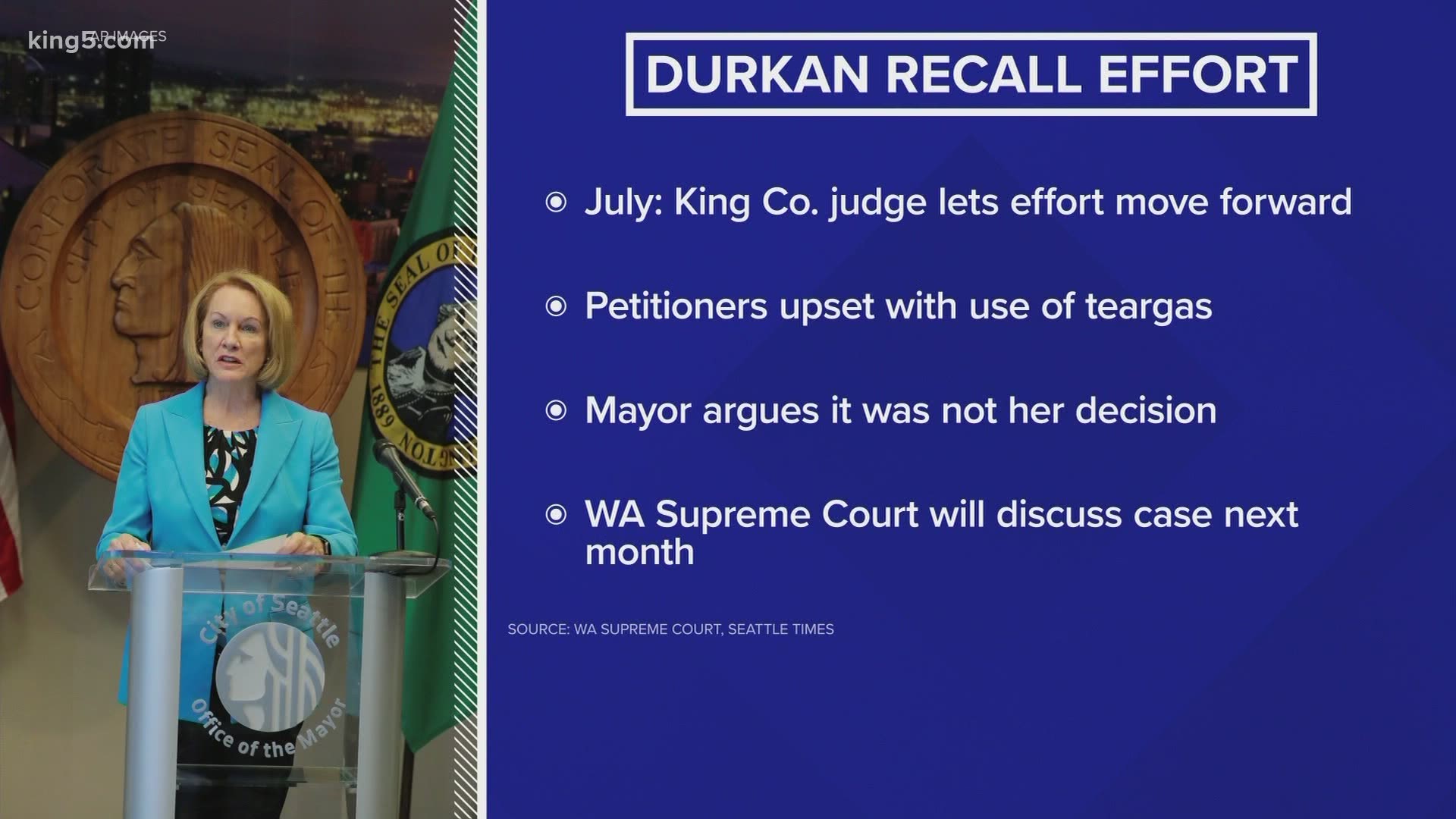 SEATTLE — Seattle Mayor Jenny Durkan is arguing that the push to recall her is based on a policy disagreement, not a violation of any law or standard. Her lawyers say the petitioners leading the recall haven’t identified what steps Durkan should have taken in the wake of June’s widespread protests.

The mayor and her counsel made those arguments in appealing her case to the state Supreme Court this week. Durkan’s argument, filed Monday, reprises some of the arguments she made in King County Superior Court, where a judge ruled that the recall effort could move forward.

In a statement Wednesday, a spokesperson for Durkan's office said the mayor has "consistently" acted to protect the public's health and safety.

"In the midst of unprecedented challenges for the city, Mayor Durkan has consistently acted to protect the public health and safety of residents during the pandemic, economic devastation, and demonstrations for justice. As her counsel challenges the legality of this petition, the Mayor will remain focused on how to provide support for small businesses and workers who have lost their jobs, preparing the City’s 2021 budget, slowing the spread of COVID-19, and working to transform policing and community safety," the statement said.

On July 10, King County Superior Court Judge Mary E. Roberts dismissed six charges made by the petitioners as insufficient grounds for a recall but allowed a seventh charge to advance.

Those behind the petition accuse Durkan of endangering people by allowing police to use tear gas and other crowd-control weapons on protesters.

The Washington Supreme Court will discuss the case next month.