Christopher Brown says he was at a Lynnwood spa when a customer hurled vulgar insults at him. He captured the confrontation on camera. 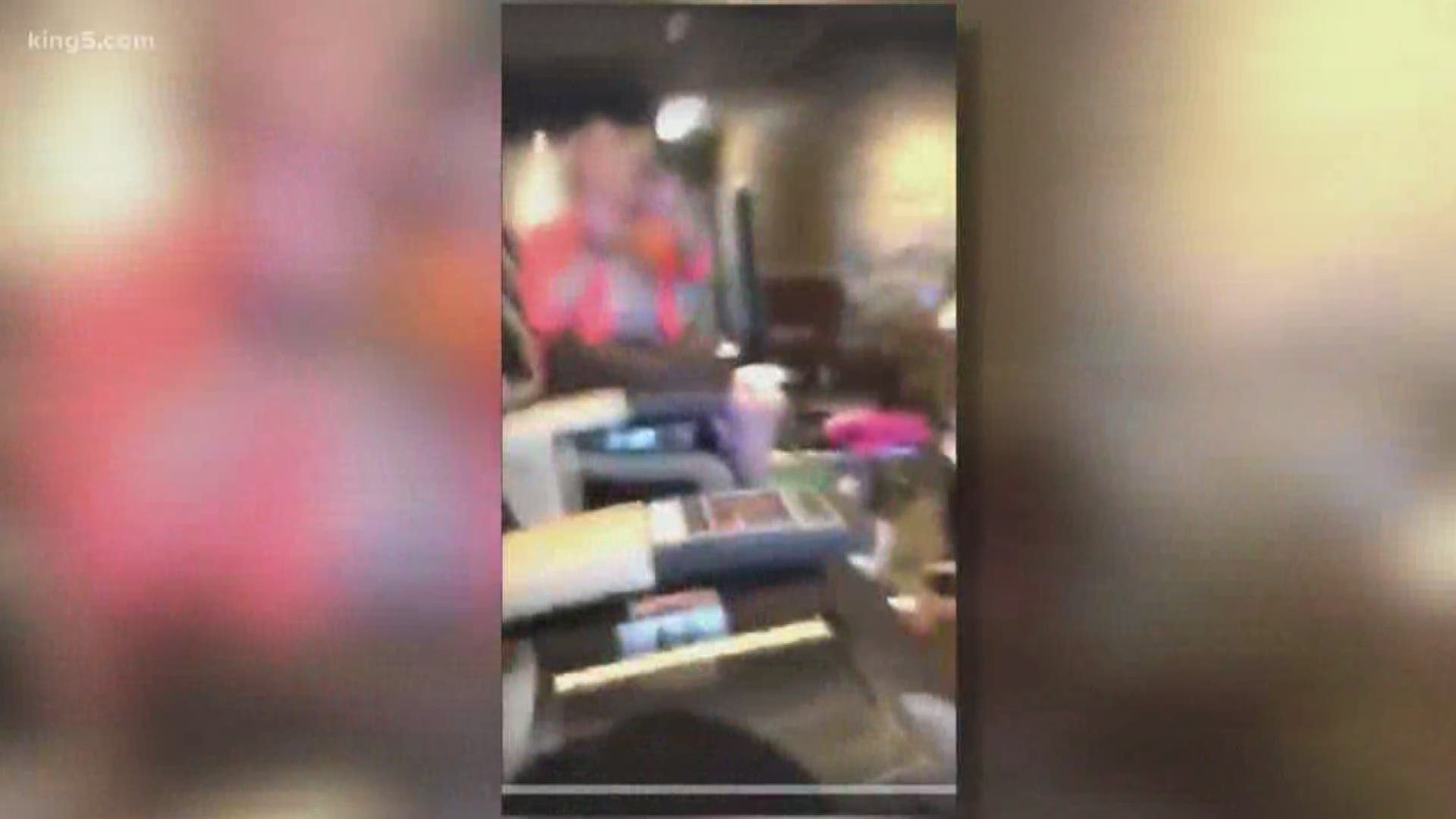 Christopher Brown was expecting a relaxing spa appointment, but he says he became the target of vulgar and homophobic comments on December 30.

He was at a spa and nail salon in Lynnwood.

"This woman entered the facility and immediately started talking down to the staff - kind of came in with a commotion - sits in the chair next to me and proceeds to talk on her cellphone in a very disruptive manner," Brown said. "I simply spoke and asked her to turn the call off speakerphone in the spa environment. At that point, she looks at the call, looks at me, looks back at the call, and says I am going to take care of this (expletive) and hangs up the phone call."

That's when Brown started recording on his cell phone.

In his video, you can hear the woman say, "Let's call 911. And let's just get it over with because you are harassing me for no reason. Telling me not to be on the phone. I'm recording you, too. You like it? Keep recording. Go ahead, keep recording."

He sat silent while the woman offered an ultimatum to spa staff.

"I've been coming here for years, so it is either he goes or I go. So which is it?" she asked.

When Brown stays seated, the woman gets up to leave, but she does not go quietly. Video shows the woman shouting expletives before walking out the door.

"She echoed some of the oldest, longest sentiments that you hear from anti-LGBT folks," Brown said. "What occurred to me is there are more people like her. She is not alone."

He says he posted what he recorded on Facebook to raise awareness.

"If I didn't stand up, I am complacent in allowing this to continue," Brown said. "This is a very real thing for millions of Americans, and it has to stop. It has to be better, and we have to stand more together and not so divided with this hate."

"Resist simply means stand up to this kind of negativity at every possible opportunity, and don't stoop to that level. Just expose it for what it is and try to change hearts with one dialogue at a time," Brown said.