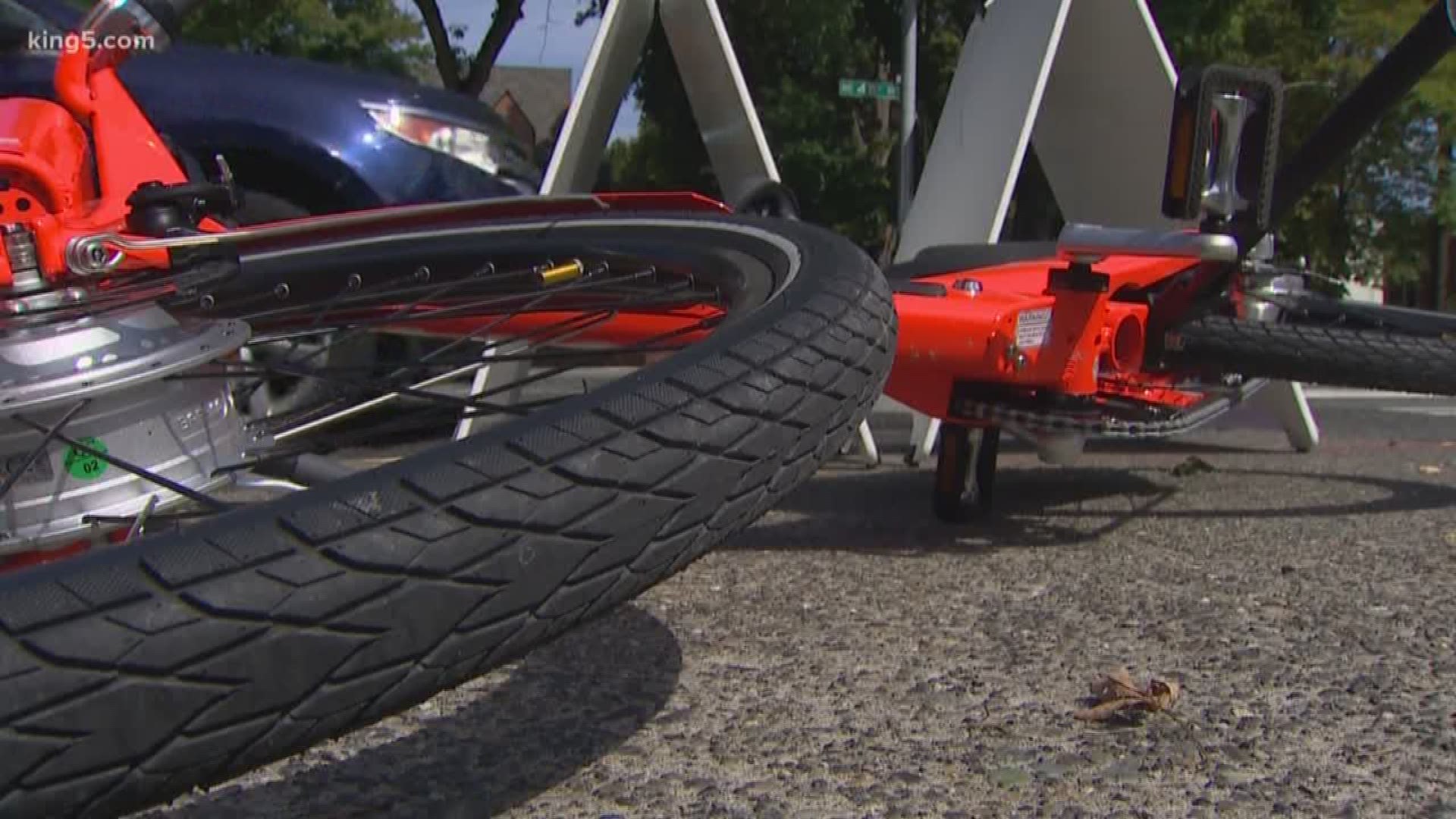 “They're kind of thrown around. Often times they're thrown around on sidewalks,” said Seattle resident Hailey Vandeventer.

People have taken around 900,000 trips on ride-sharing bikes like Lime and Jump so far in 2019, according to a recent report from the Seattle Department of Transportation (SDOT). But the report also said there’s a problem: parked bikes are blocking sidewalks and creating barriers for people with disabilities.

“It's not just an inconvenience, it's actually a safety issue,” explained Mike Forzano.

Forzano was born blind and gets around Seattle with the help of his dog, Katie.

“I've been here about six years. It’s a great city, relatively easy to get around other than the bike problem,” said Forzano.

Forzano said riders need to think and care about how their bike parking job impacts those who can't easily walk around the obstacle.

“I’m just trying to get from point A to point B and have a nice walk, and then it’s really frustrating. It can also be a safety issue if that bike did happen to hit me or my dog or anyone,” Forzano explained.

SDOT said it’s working to educate people on the right way to park the bikes. If you can, you should park at a bike rack. If there isn't a bike rack, you should park on the pavement between the curb and the sidewalk and make sure there are at least six feet of open space for people to walk.

SDOT, Disabilities Rights Washington, and Rooted in Rights put together a video to help get the word out. So far, SDOT said the video has been viewed more than 50,000 times.

The city said this year it will add 1,500 more bike parking spots, and Seattle City Council will soon vote on a resolution whether to add another 3,000 spots in 2020.

“I like to walk fast. I don't want to be slow and cautious because there might be a bike coming up in front of me that I don’t want to run into. That right of way needs to be clear,” said Forzano.