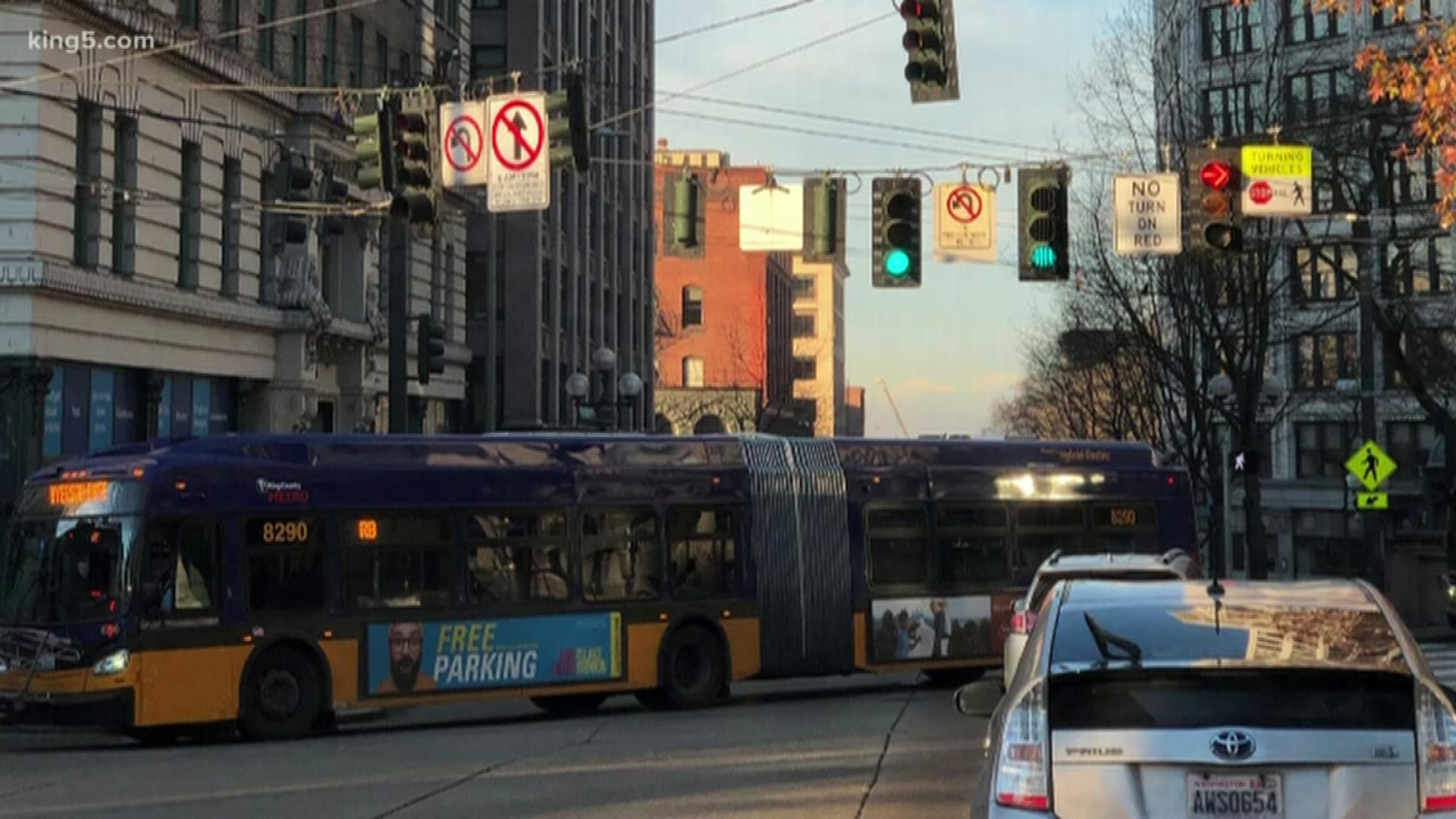 Seattle Mayor Jenny Durkan and the city council want cameras for “Block the Box” enforcement, but they’ll need state intervention to do it.

The city said there is a rash of problems at key intersections, attributed to drivers who attempt to fill a lane and instead block an intersection. There are also problems with cars who fill bus-only lanes. It’s most prevalent, according to the city, at intersections like Westlake and Denny or 4th and Battery. The latter had nearly 200 instances of blocking in a nearly 8-hour period.

Councilmember Mike O’Brien held a committee hearing on the issue, which also appears to have the support of Seattle police. The department has issued $136 tickets for “box blockers,” and nearly 100 of them in 2018. The numbers were higher in 2016 and 2017.

O’Brien believes the city could install cameras for $10,000 each, which could capture activity triggered by intersection blocking, not unlike speeders.

However, the city would need state authority to do anything. State Rep. Joe Fitzgibbon, of Burien, introduced legislation last year which didn’t gain much traction. He told KING 5 he plans on reintroducing the legislation this week, but with some tweaks.

RELATED: How to stay calm during the 'Seattle Squeeze'