The Seattle Kraken NHL team officially opened their first team store in South Lake Union on Friday. But you'll need a reservation to shop there. 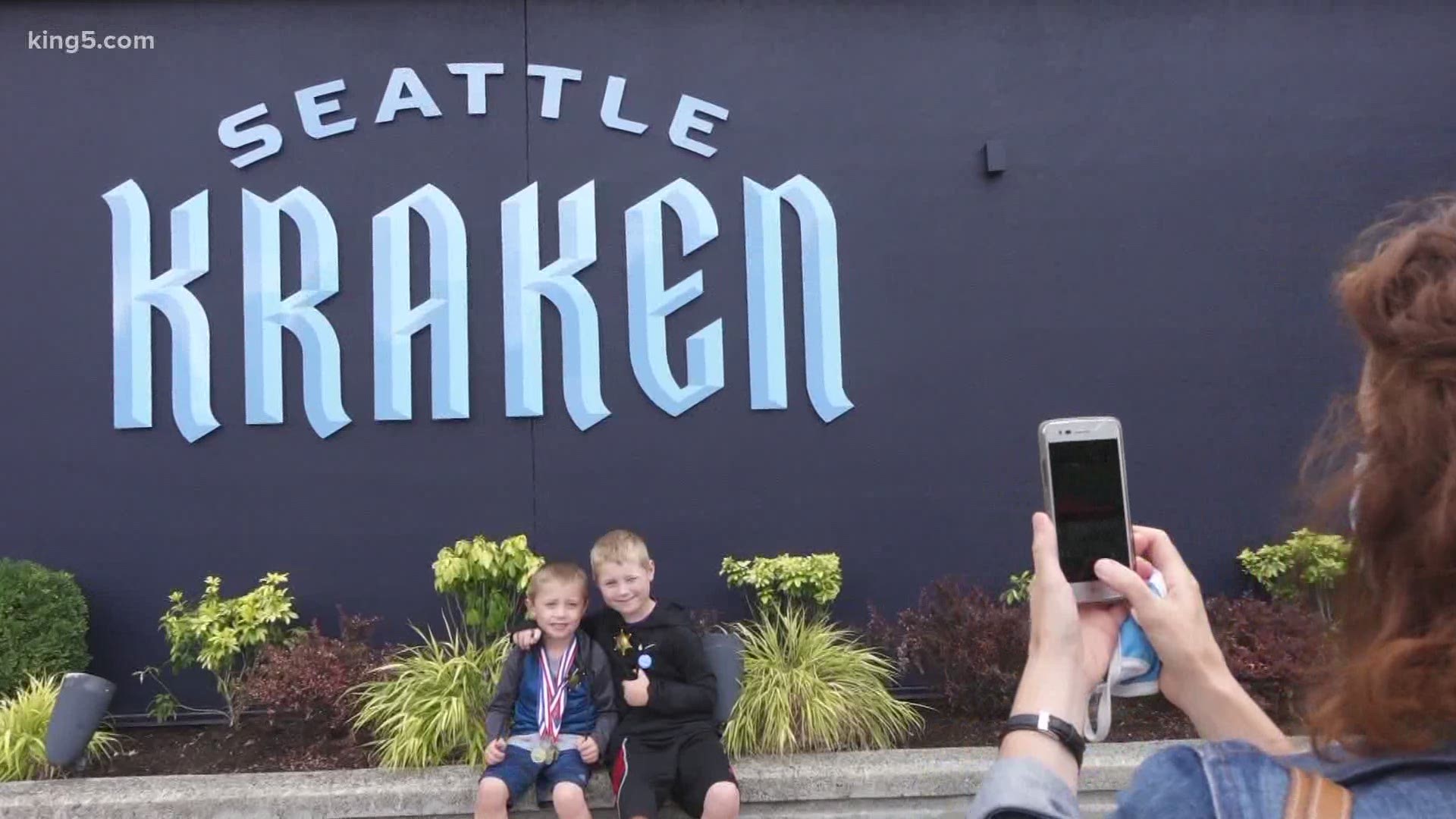 SEATTLE — The Seattle Kraken NHL team debuted their first team store at Chandler's Cove in South Lake Union on Friday. But you'll need a reservation to shop there.

That's because the Kraken has built out the store with COVID-19 precautions in mind. The reservation system is designed to avoid people camping out, or lining up for a chance to take a first, dare we say, Krak, at buying the Seattle gear.

The slots immediately filled up Friday through Sunday.

"It's exciting because I think people already feel pride in wearing this it already stands for good things," said Kraken CEO Tod Leiweke, in an interview with KING 5.

The store features every conceivable thing with the new 'S' logo and team name. Racks are spread at least six feet apart, and shoppers will be required to wear face masks.

Leiweke also acknowledged the store, which sits in the space once occupied by Cucina Cucina and the Joey's restaurant chain, could be used for other purposes in the future. It overlooks Lake Union and is still equipped to "wine and dine" potential Seattle hockey stars.

"I think when players come to this beautiful city, see our beautiful waterfront tour the building, come to our retail store but end up at the home of the Kraken up at Northgate, they're going to say this is a place I'd like to play," said Leiweke.

As evidenced by the early bookings, there is a demand for Seattle gear.

Fanatics, which has been selling merchandise via mail order, said Kraken gear has far outpaced the last NHL expansion franchise, the Vegas Golden Knights. The brisk sales can be attributed to the franchise's decision to hold its tentacles tight around the name reveal. That meant not allowing companies to pre-make gear for launch day last month. This will be the first opportunity locally to shop for such a wide variety of branded gear.

Leiweke said it was all part of the plan.

"Someone suggested we start a plumbing company because we know how to stop leaks," he said with a smirk.

The store's eventual regular hours will be by appointment, Tuesday through Sunday from 10 a.m. to 6 p.m.

You can learn more about the store during a KING 5 Special "Rise of the Kraken," airing Saturday at 8 p.m.