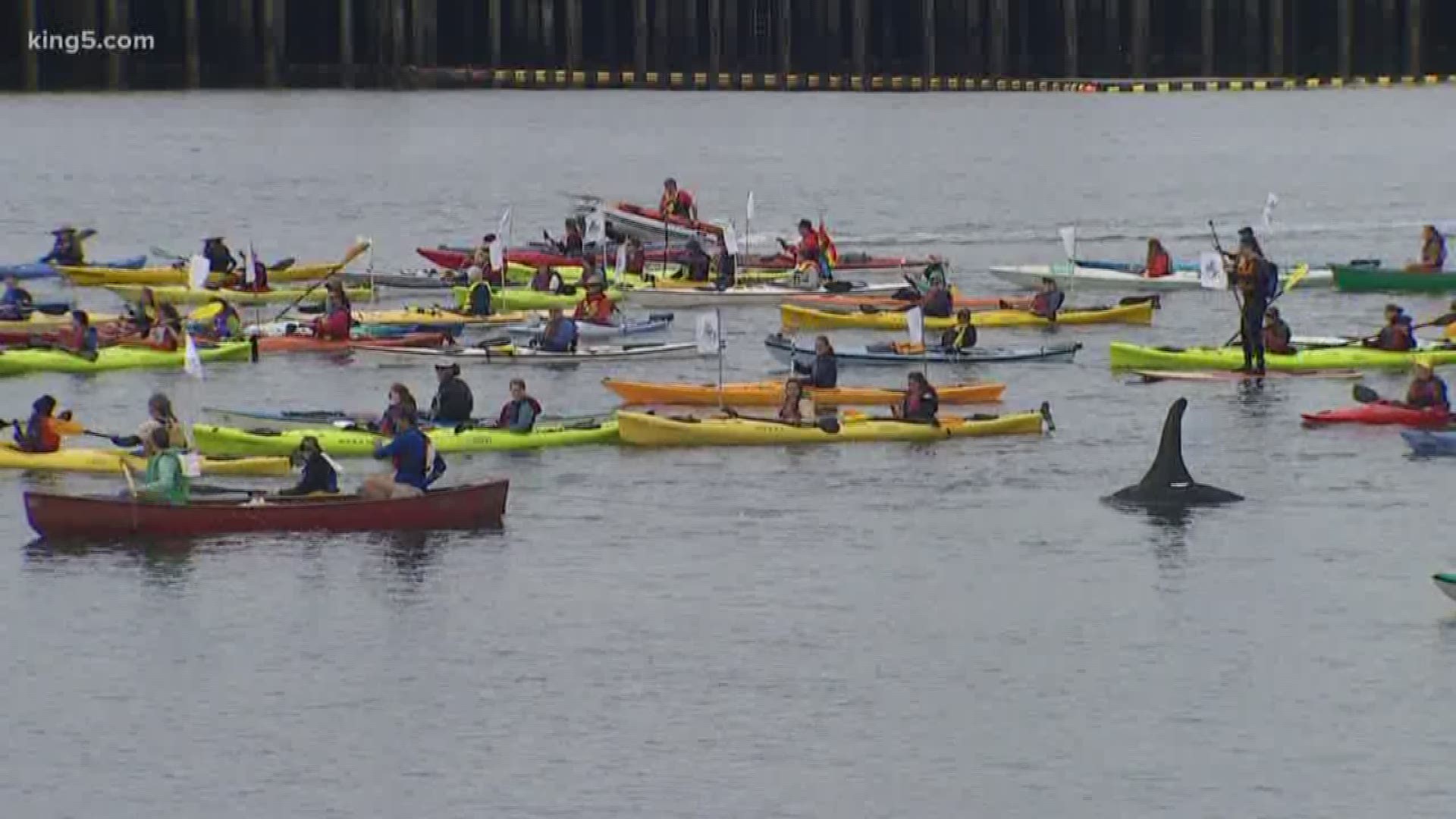 Hundreds of Seattle area activists were out on water and land Sunday to protest Kinder Morgan's Trans Mountain Pipeline expansion.

The protest started at Occidental Square in Seattle's Pioneer Square; protesters then marched to the Seattle waterfront.

The protest then moved to the water, where a dozen of kayaks and indigenous canoes and canoe families departed from West Seattle to surround Kinder Morgan's marine terminal.