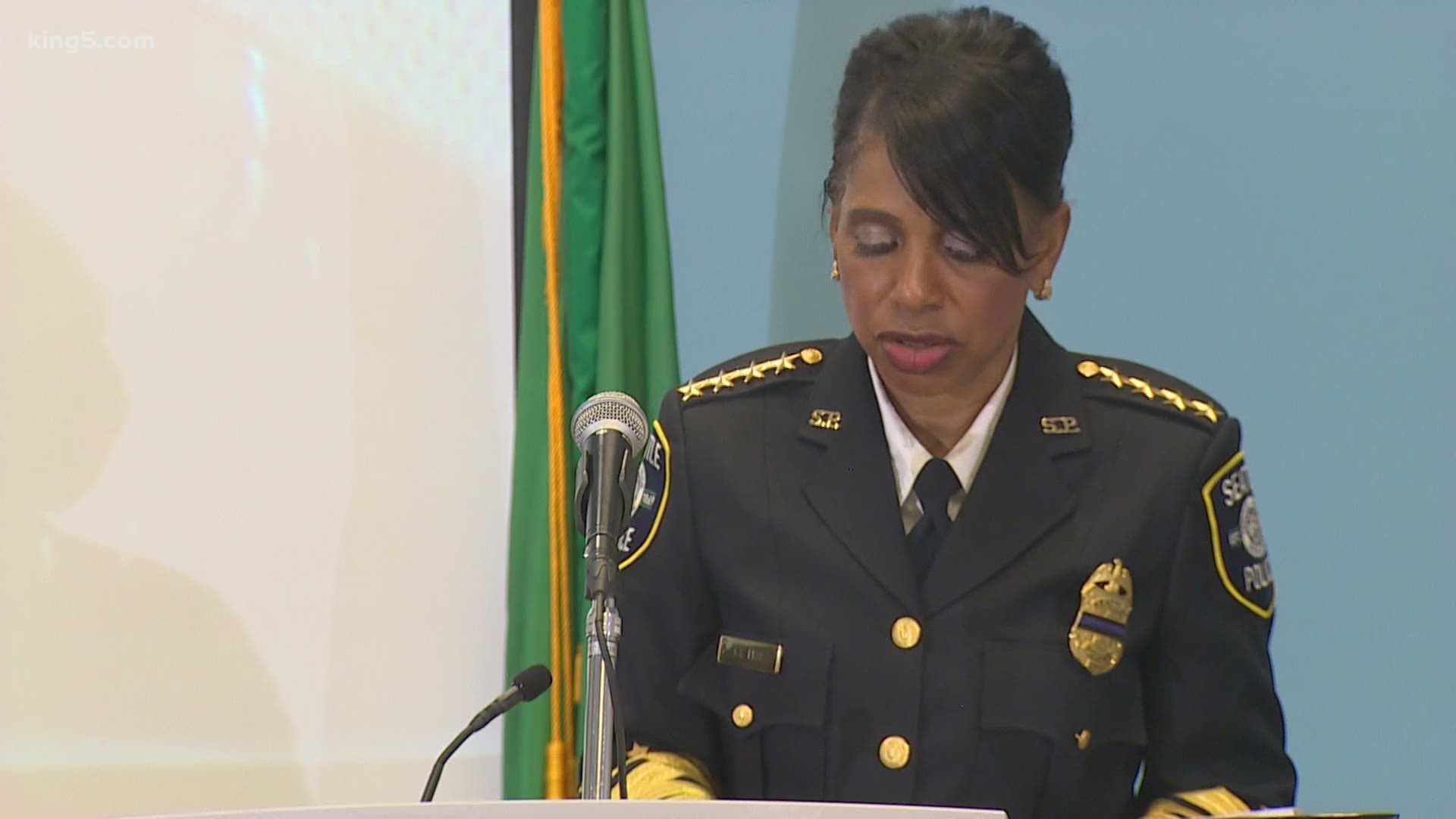 SEATTLE — A federal judge has postponed arguments over whether Seattle police violated an injunction against using force on peaceful protesters, and has asked lawyers for Black Lives Matter Seattle-King County and the city to plan for a full hearing on the matter.

U.S. District Judge Richard Jones initially scheduled Friday for arguments over a motion by BLM, which asked Jones to find the Seattle Police Department in violation of his earlier injunction prohibiting officers from using force against peaceful protesters.

But on Thursday, the judge said he will use that time to set the parameters for a more formal evidentiary hearing, with testimony and exhibits including video.

The date for that hearing has not been set.

In June, Judge Jones forbid Seattle police from using chemical irritants or projectiles of any kind against people demonstrating peacefully. However, Jones allowed for exceptions.

But in the motion filed Monday, the American Civil Liberties Union of Washington, Black Lives Matter Seattle-King County and other groups said that on Saturday, July 25, the police department shot pepper spray and blast balls indiscriminately into a crowd after a small number of protesters engaged in property destruction. Seattle police had declared the demonstration a riot.

Activists described the police officer's actions as a "vengeful outburst" over the weekend.

Fifty-nine officers were hurt during Saturday's riot and more than 40 people were arrested.

Seattle police have launched a criminal investigation into the assaults on officers and property destruction that took place, including to the department's East Precinct on Capitol Hill.

RELATED: Activist groups file claim that Seattle police should be held in contempt for pepper spray use in weekend protests

RELATED: Criminal investigation launched into use of explosives during riot on Seattle's Capitol Hill Saturday