Dozens gather in Seattle for 'no war' demonstration following U.S. airstrike on Iran

The Seattle demonstration was just one of several that happened across the country protesting President Trump's decision to initiate an airstrike on Iran. 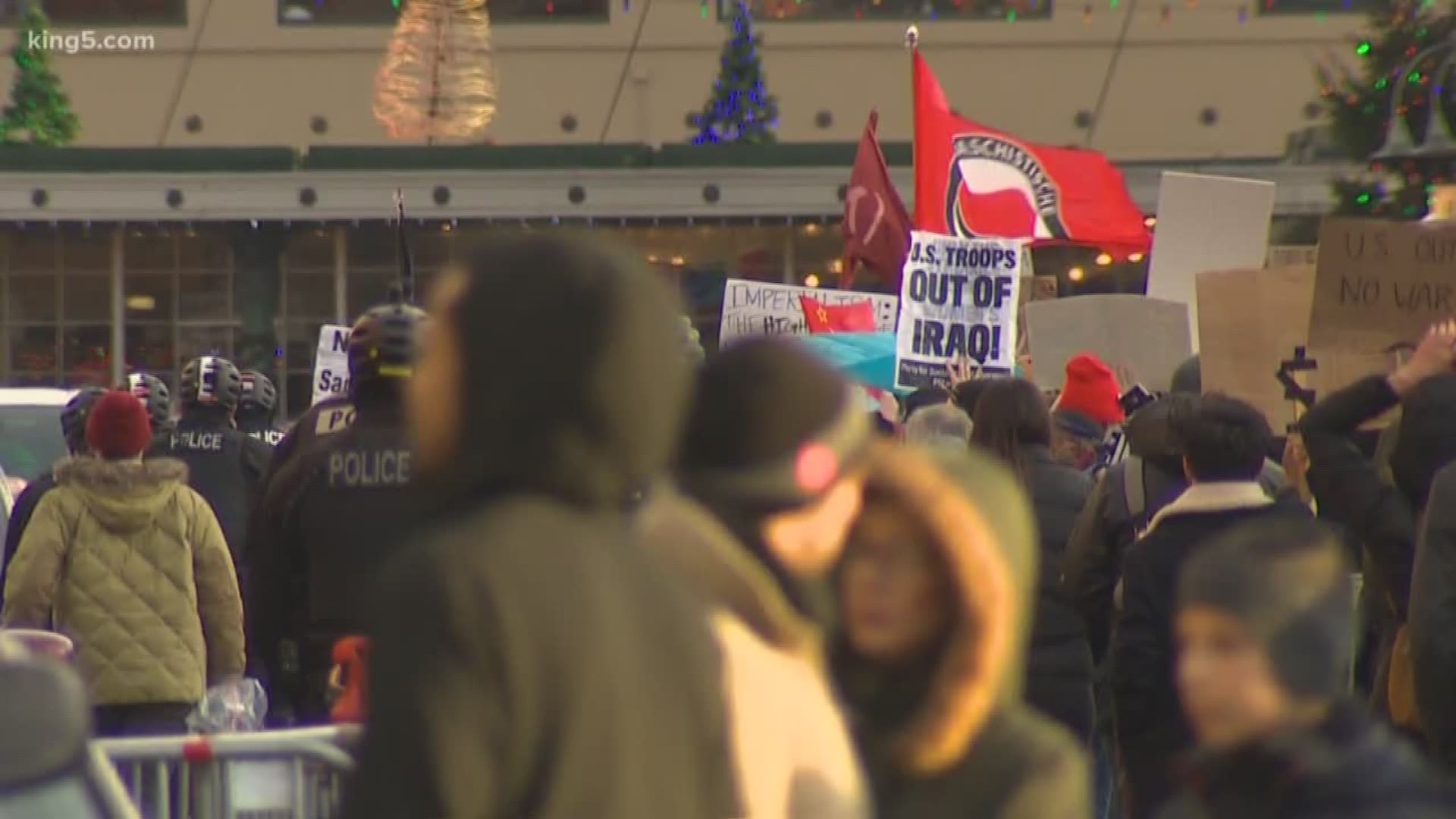 Dozens of people gathered in Seattle on Saturday for a "no war" demonstration following a U.S. airstrike that killed a top Iranian general.

The rally took place at Victor Steinbrueck Park in downtown and turned into a peaceful march through Pike Place Market that ended at Westlake Center.

The Seattle demonstration was just one of several that happened across the country Saturday, protesting President Trump's decision to initiate the airstrike that killed General Qassem Soleimani.

Some are concerned that the airstrike could start a full-fledged war between the U.S. and Iran. However, experts say while Iran will likely retaliate, a war is unlikely.

KING 5 spoke with Dr. Resat Kasaba, a University of Washington professor and the director of the Jackson School of International Studies, and he had some insight to share.

“Iran is likely to react,” Kasaba said, “and they're likely to react in one of several ways. I don't think it'll be a big sort of major reaction that would cause a war or anything like that.”

Kasaba said Iran’s reaction could include attacks in Iraq or elsewhere in the Middle East.

“I think it'll be unsafe for U.S. interests, U.S. businesses, and civilians, and it might even be difficult for U.S. forces to stay in Iraq after this,” he said.

Meanwhile, the U.S. has already said it's sending about 3,000 troops stationed in Fort Bragg, N.C. to the Middle East. 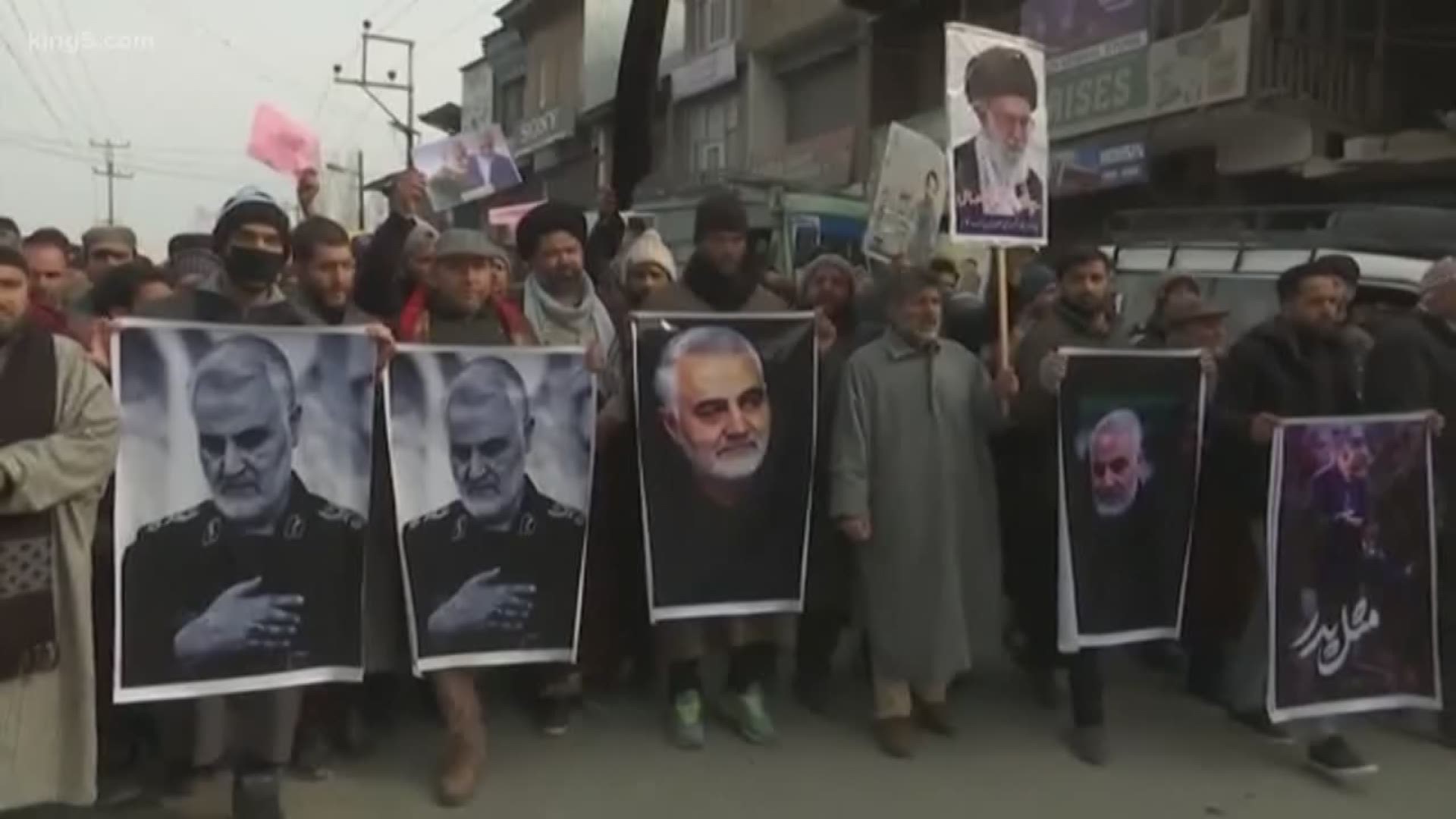 RELATED: Iranian general steps out after Soleimani's death to lead