The city has issued two surveys asking commuters how best to relieve traffic while the West Seattle Bridge is out of commission. 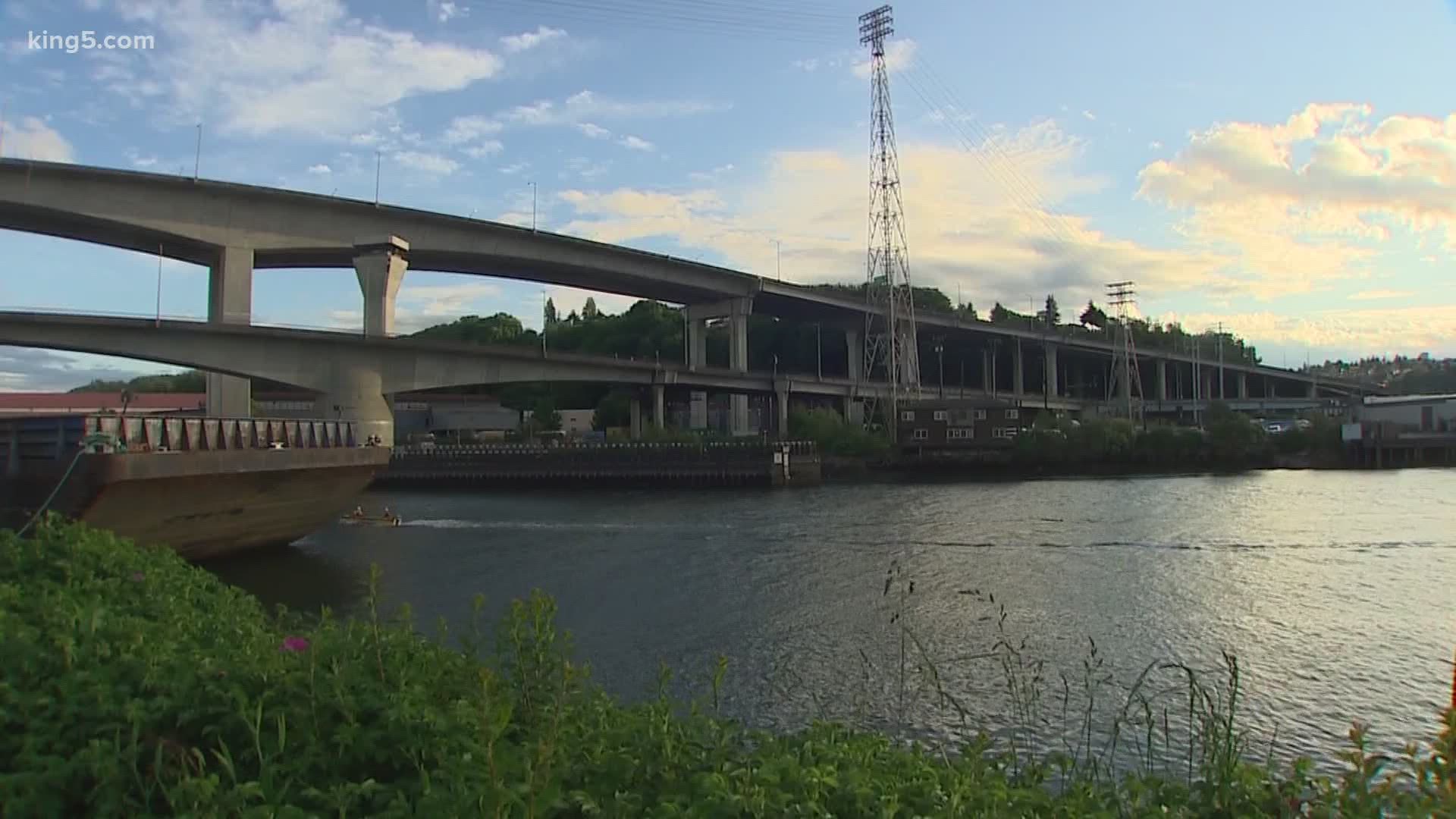 In 2019, about 80% of morning West Seattle commuters headed eastbound in their cars, while 17% took the bus.

Seattle Department of Transportation says that balance will have to change dramatically, as the city addresses the indefinite closure of the cracked West Seattle Bridge.

The city has issued two surveys asking commuters how best to relieve traffic while the West Seattle Bridge is out of commission.

The deadline to answer both is July 31. Both surveys are available on the city of Seattle's website.

The first survey asks West Seattle residents and workers about their commutes and what they would need to adapt during the bridge closure.

The second survey asks commuters, residents and workers how to prioritize a number of different projects meant to alleviate the growing traffic along the detour routes on Roxhill, Highland Park, Riverview, South Delridge, SODO, Georgetown and South Park.

During the indefinite closure, the city aims to reduce the number of single-occupancy vehicles by half by encouraging people to start using the bus, water taxi and telecommuting.

The city has already adopted some traffic changes to help with congestion, such as opening the West Seattle low bridge at night.

The high-rise portion of the West Seattle Bridge was closed suddenly on March 23 after cracks on the underside spread to a dangerous level.

City officials have said bridge repairs could be complete by 2022 at the earliest. A new bridge would not be ready until as late as 2026. A decision has not been made on whether to repair or replace it.