The lack of beds in enhanced homeless shelters throughout Seattle is hindering the city's Navigation Team from sheltering people, a new report finds. 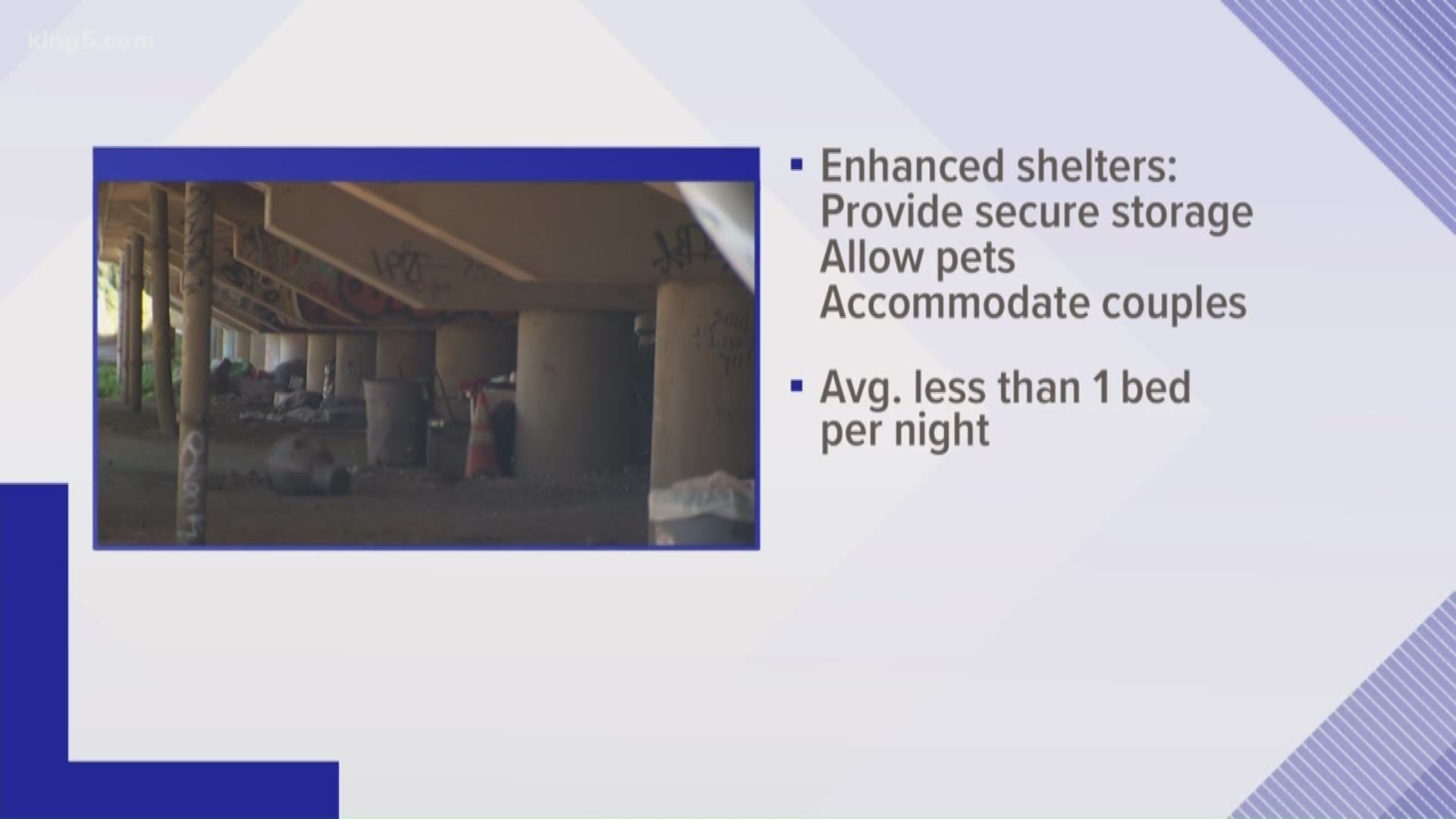 A new audit of homeless outreach in Seattle shows a dire need for more diversion and more beds.

In 2017, the city launched a Navigation Team to assess homeless needs and direct them to open beds or reunify them with family and friends. Seattle police officers and outreach workers make up the 22-person team.

The audit found a lack of beds may hinder the team's ability to shelter people.

From the middle of March through December there was an average of just 18 beds available for referral per night. Enhanced shelters, which provide secure storage, allow pets and accommodate couples, had almost no availability.