Teens at a Roosevelt High School in Seattle are trying to erase the stigma surrounding mental illness. 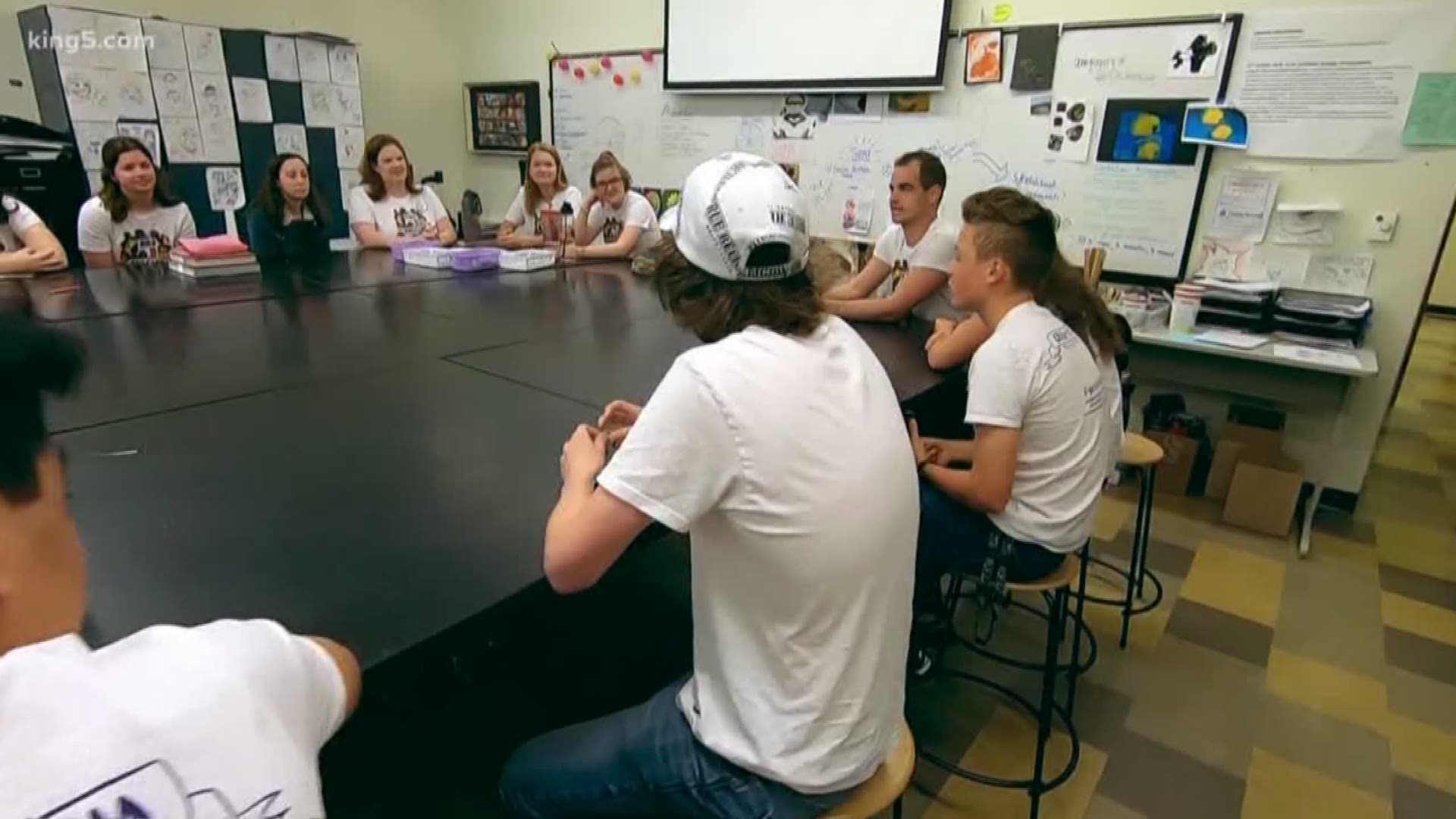 SEATTLE — Alongside sports, band, chess club, and debate, teens at a Seattle high school are carving out time to erase some of the stigma surrounding mental illness. The Roosevelt High School Suicide Prevention Team keeps growing, and they say their work is saving lives.

Before the bell rings, a few dozen students gather to talk about highs and lows.

“My low is that I procrastinated all night and I was up till 2,” one student told the group.

“My low is that I really didn’t realize that senior finals are next week,” said another.

RELATED: How and when to talk to your kids about mental health

Everyone at the table grapples with something.

“Today is seven years since my friend died from suicide,” said Amanda Schwartz, the school nurse. “And my high is that I get to spend it with you guys and planning the cool things that we're doing.”

Schwartz is helping teens talk about mental health, a topic she said ails students far more than a sore throat or cold.

This suicide prevention team is an essential part of the school's efforts to get students to open up about their inner struggles, so they can get help.

RELATED: Seattle rock band has message for fans: It's OK to talk about mental health

“We have like 40 members compared to like the eight members that we had my freshman year when I joined,” said senior Maya Merlino.

She and team co-president Cara Rogan teach their classmates how to spot suicide warning signs, and then they practice talking about a topic often silenced by stigma.

“We lost two students to suicide two years ago, one year right after the other, and I think that we've definitely provided more resources and provided a safe space at Roosevelt in order for them to feel more heard,” Rogan said.

The peer-to-peer training was designed by Forefront Suicide Prevention, a UW program.

The group organizes several suicide prevention events and they made “Crush the Stigma” buttons which are on backpacks all throughout the school. Other buttons say, “I have anxiety” and “I have depression.”

Need the number for the mental health crisis line? It’s printed on the back of some students’ shirts.

“I couldn't count on my hands in two years the number of kids we sent to (Seattle) Children's for psychiatric admission for suicidal ideation, who came forward after seeing presentations, or whose friends came forward to report that they were concerned about their friend, so I have no doubt that they are saving lives,” Schwartz said.

Amid the pressures of finals, graduation, and soon, college, they're making time to take care of themselves and each other.

“The people that do come forward and say, ‘Hi, my life is not all sunshine all the time, and I am a real person, and I do cry, and I do have depression,’ I think that those people are the ones that are going to make a difference,” Rogan said.

The team heads to San Francisco this weekend to volunteer for the Out of the Darkness Overnight Walk, a suicide prevention event. They are collecting donations here.