As the coronavirus hit small businesses hard, ad space isn't selling like it used to, leaving SGN without enough revenue to continue operating. 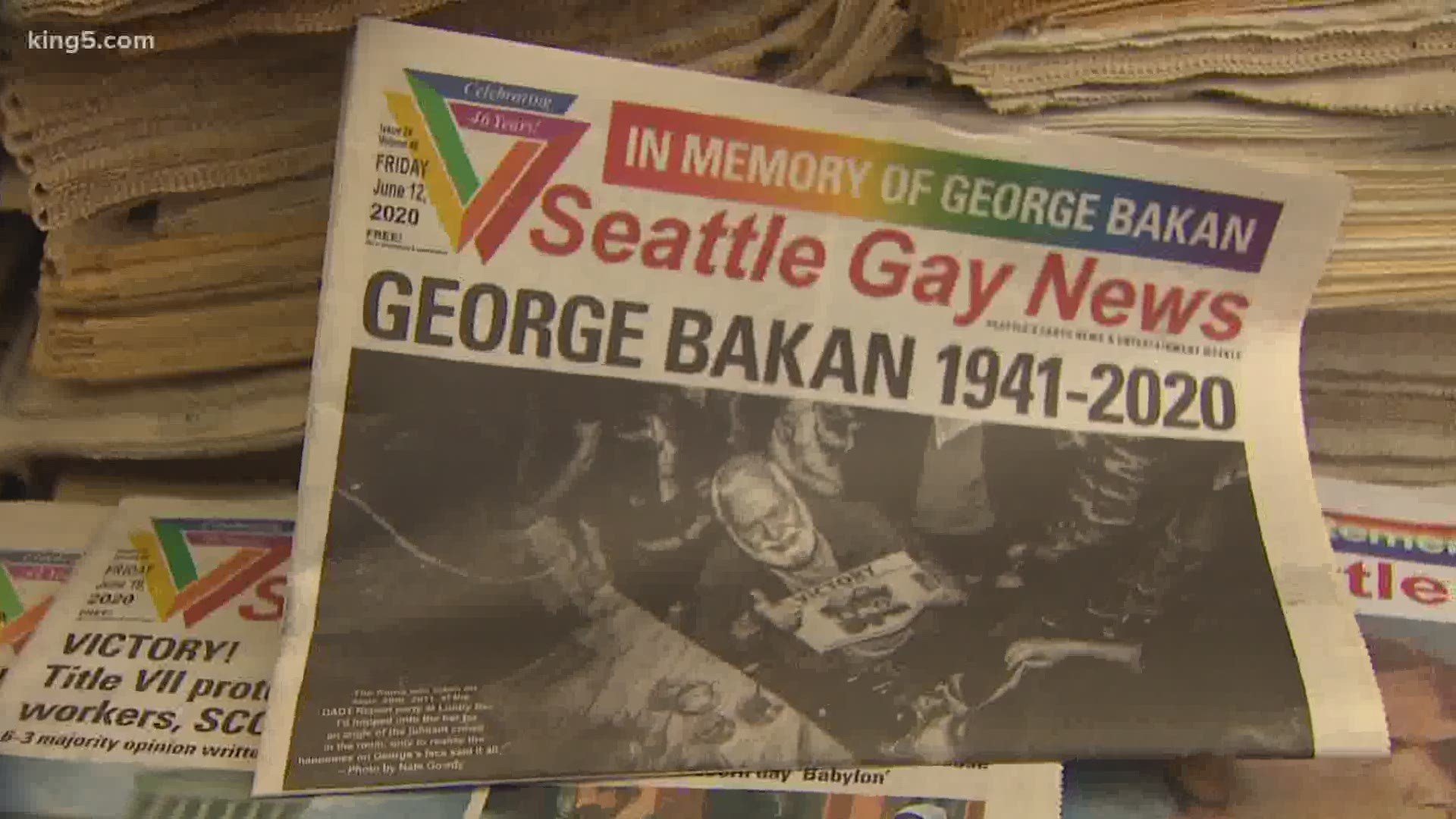 SEATTLE — As people across the country celebrate Pride this weekend, one of longest standing LGBTQIA publications in the country is at risk of closing their doors.

Seattle Gay News (SGN) runs out of the back of a little house on Capitol Hill.

Over the last four decades, SGN has printed a free weekly newspaper with stories impacting the LGBTQIA community, with subscribers all over the country.

“I come from a generation in the 90s before the internet,” Starr said, “So, if someone wasn’t ready to come out, they could grab a paper discreetly and kind of ease themselves into the community. To me, SGN was where I was able to learn about my community, and that’s why it is so important.”

A man named George Bakan ran SGN for over 30 years with the vision of supporting and informing the LGBTQIA community in Seattle.

RELATED: Get ready for a virtual Seattle Pride this weekend: What you need to know

“He helped raise money and initiatives from Hands off Washington in the 90s, HIV/AIDS funding and most recently Referendum 74 for marriage equality when we were one of the first states to legalized same-sex unions, to even the rainbow Pike/Pine crosswalks from a few years ago,” Starr explained.

“Right now, it’s small group of people that are trying to figure out, what would George do?” said Starr.

SGN is a free publication that runs off advertising revenue. As the coronavirus pandemic hit small businesses hard, ad space isn't selling like it used to, leaving SGN without enough revenue to continue operating.

“We have our modest house that we are renting that’s an office space. Our overhead costs are printing, because the paper is for free, and ads are what are paying for it, payroll to pay the staff, the writers and advertisement coordinators, operating, monthly electricity bill, and the other things that we need to operate, and then the printer,” Starr told KING 5.

Bakan is now gone, but the people that stood with him over the decades are fighting to keep the paper alive.

“He was the man behind the curtain. The paper is 46 years old, so as his staff we want to continue his work and his legacy,” Starr said.

A Go Fund Me page has been set up by George Bakan’s family and SGN staff in hopes of raising enough money to keep the publication going.