The Health One unit will be staffed by a team of specially trained firefighters and a civilian social worker to help respond to non-emergent calls downtown. 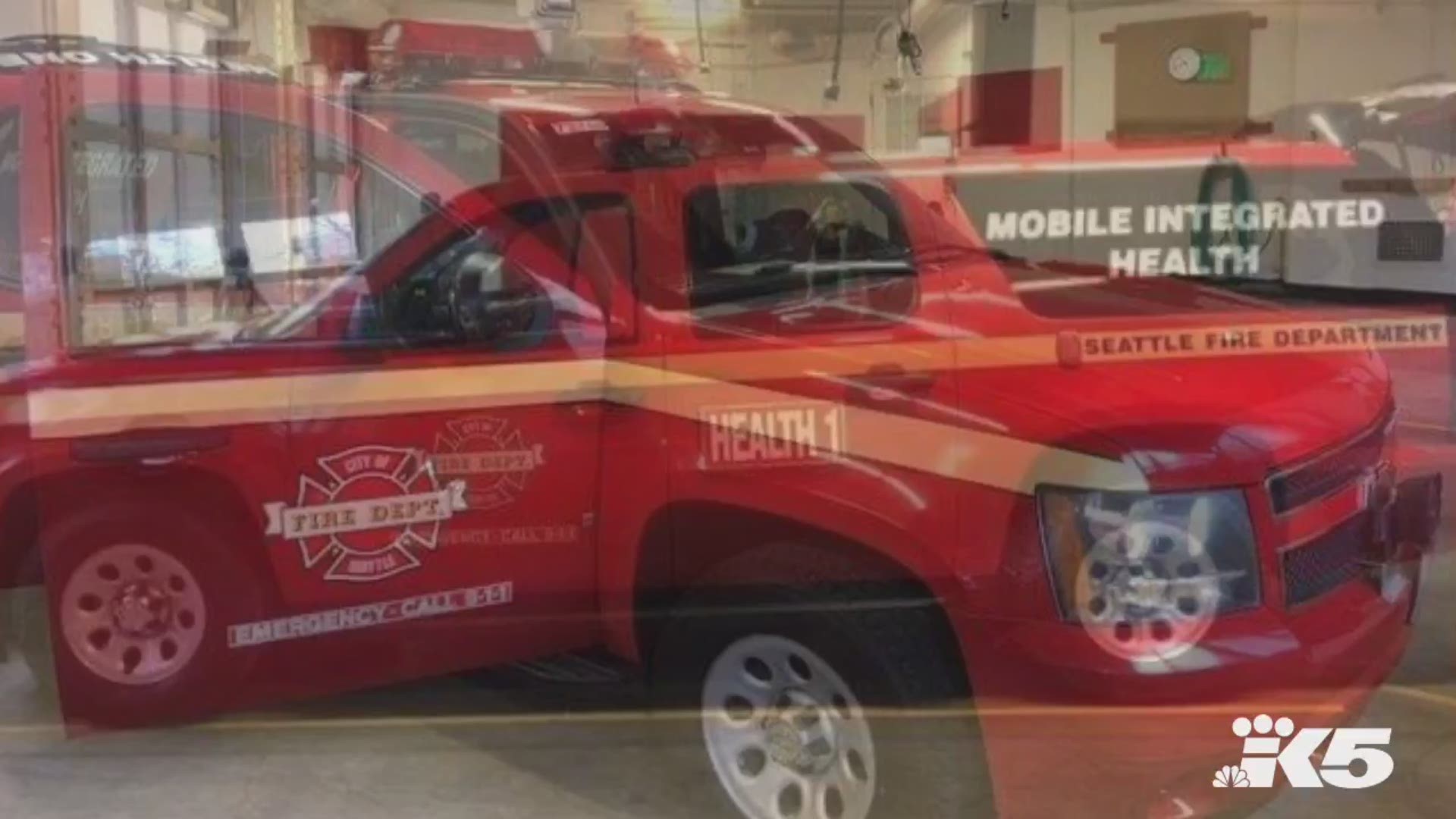 SEATTLE — The Seattle Fire Department is testing out a new unit for responding to non-emergency 911 calls in downtown.

The “Health One” unit will be staffed by a team of specially trained Seattle Fire Department firefighters and a civilian social worker. The unit will help people with non-emergency 911 requests like substance abuse, non-emergent medical issues, and a need to access services.

“The two firefighters and civilian social worker we’ve assigned to this unit have received in-depth specialized training on how to address the needs of the patients served by Health One," said Fire Chief Harold Scoggins. "They are equipped with the resources necessary to provide patients with individually tailored services and diversion options."

In 2018, 42% of Seattle Fire’s calls were considered “low acuity” calls. Those calls are usually related to homelessness, mental health, social needs, drug and alcohol use, and chronic medical issues, according to a statement from the city of Seattle.

Seattle leaders designed the Health One unit to respond to those types of calls to allow SFD units to focus on emergencies like structure fires and vehicle collisions.

"As our city grows, our ability to deliver emergency and non-emergency responses needs to keep up," said Mayor Jenny Durkan. "Here in Seattle, we pioneered Medic One, which became the gold standard in emergency health response and now we are pioneering Health One for non-emergency cases."

Councilmember Sally Bagshaw worked to make the Health One pilot program a reality.

Bagshaw allocated $475,000 to SFD in the 2019 budget. SFD also allocated an additional $25,000 for the program. Mayor Durkan has proposed investing $400,000 as part of her 2020 proposed budget to enhance the Health One program, according to the city's statement.

The Health One unit will operate 9 a.m. to 7 p.m. Monday-Thursday and respond to calls in the downtown core and adjacent neighborhoods, including Capitol Hill.