Steve Schellings wants to make wearing helmets mandatory at any skatepark in Washington paid for with public funds. His son wasn’t wearing a helmet and is in a ‘semi-conscious’ state after a skateboarding crash. 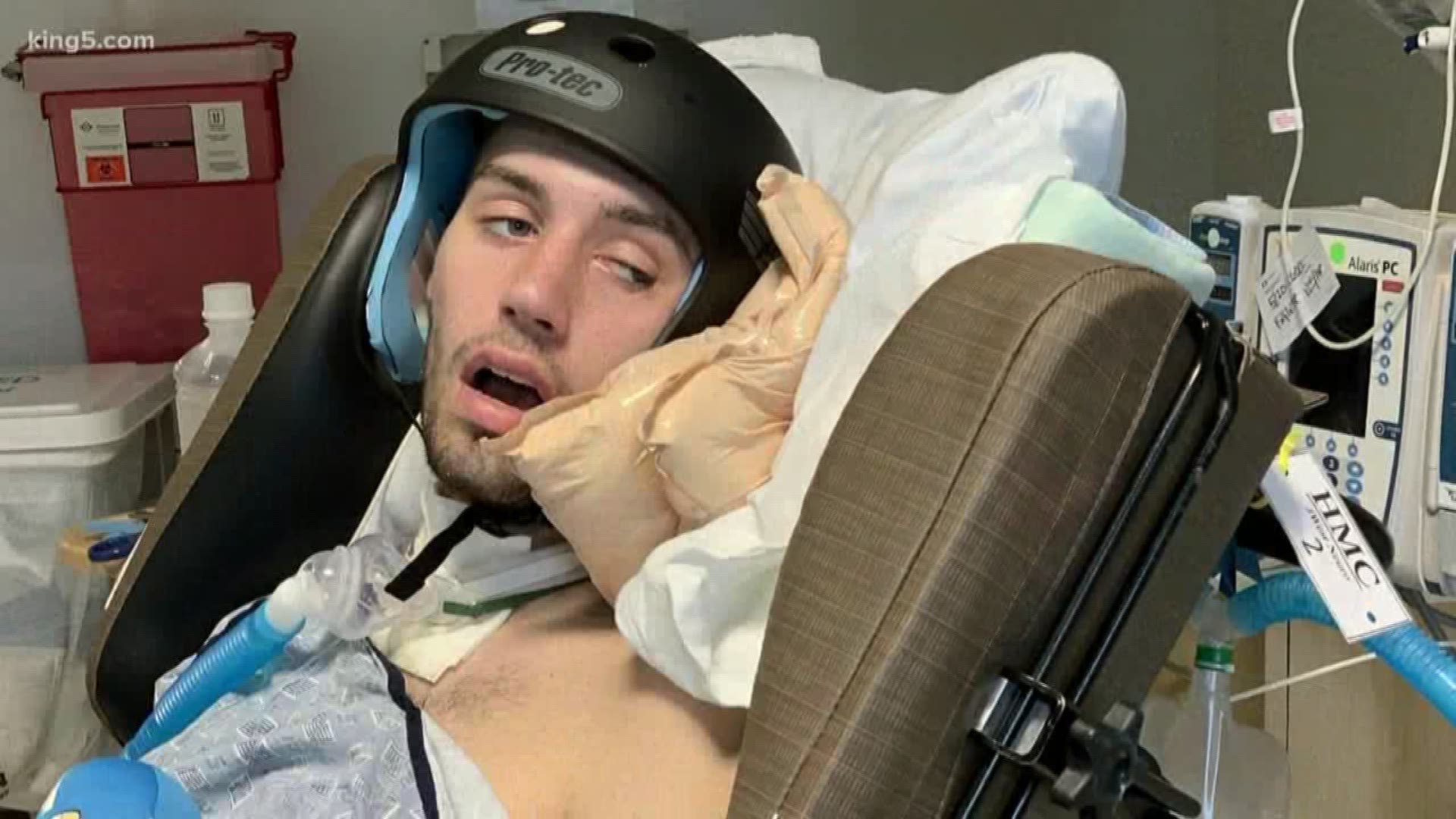 SEATTLE, Washington — A Seattle father hopes his family’s tragedy will serve as a lesson for others. His 19-year-old son is recovering at Harborview Medical Center after suffering a serious head injury in a skateboarding crash.

His son Aidan Schellings suffered a traumatic brain injury when he crashed while doing a trick on his skateboard at Seattle's Greenlake skatepark. Steve Schellings has been by his son’s hospital bed since the April 28 crash.

Aidan Schellings was not wearing a helmet at the time of the crash.

“Sometimes when you’re so good at something you often think you’re not going to be injured,” said Steve Schellings.

Aidan Schellings had to have the left side of his skull removed to allow his brain to swell. As a result, he is wearing a helmet to prevent further injury. He is awake and responsive at times, but his father said he is still not speaking.

"We're hopeful he will be a percentage of who he was prior," Steve Schellings said.

Doctors have said he could be at Harborview for more than a year and they do not know how much he will recover.

Steve Schellings hopes what happened to his son could help change the culture around skateboarding, where skaters have been reluctant to embrace helmet use. He has contacted professional skateboarders and industry manufacturers telling them his son’s story.

“We need to see a culture shift that really concentrates and focuses on safety,” Steve Schellings said.

In addition to changing the culture, Steve Schellings also wants to change state law. He has been in contact with lawmakers and would like to make helmets mandatory at any skatepark paid for with public funds.

A sign at the Greenlake location “strongly recommends” helmet use.

“When we just build a skatepark and there’s no sense of how to behave there, that’s a problem,” said Steve Schellings.

Several fire departments around Puget Sound offer free or reduced-price skateboard and bike helmets for children in low-income households. It’s a program Steve Schellings would also like to help expand.

North Mason Regional Fire Authority
This incredible young man is a good friend of the NMRFA. Last week he was involved in a skateboarding fall in which he wasn't wearing a safety helmet. He suffered a horrible traumatic brain injury as...