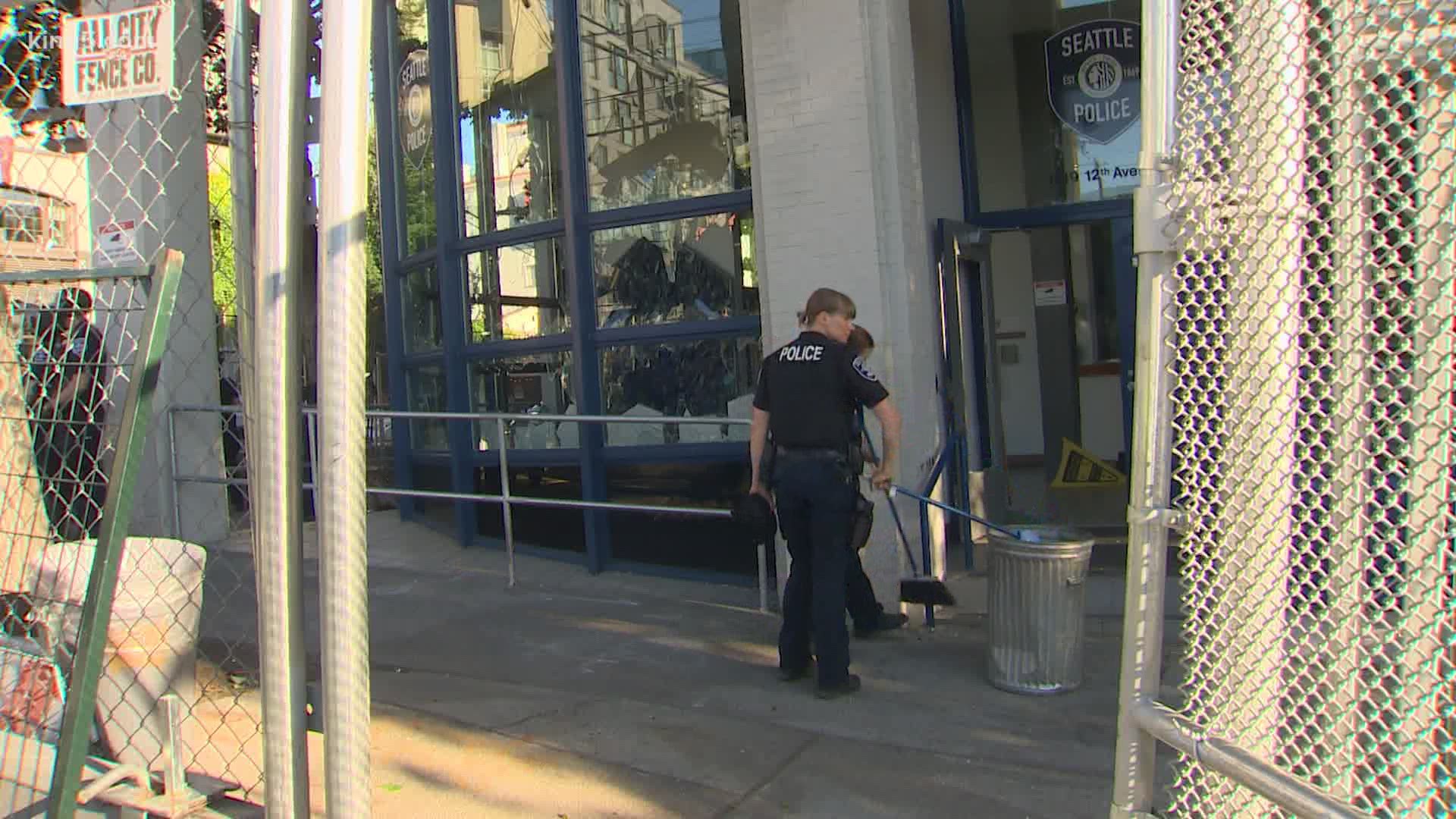 The group also injured a dozen Seattle police officers, sending one to the hospital.

"It was kind of a joint effort to target specific businesses and government buildings and do property destruction and vandalism," said Seattle police in a press conference Sunday evening.

A group of peaceful protesters gathered in Westlake Park for several hours Sunday and then a separate group arrived carrying baseball bats and was set out for "destruction and damage," police said.

The group marched from Westlake Park to the Municipal Courthouse, where they broke out several windows, police said.

“As our neighborhood businesses struggle to recover, it's frustrating to see such widespread and recurring damage to our center city. With our communities trying to rebuild, we need our leaders to ensure our city is safe for everybody. Unfortunately, Sunday's acts of property destruction and vandalism only serve to undermine the ability of small businesses and our downtown to recover.” the Downtown Seattle Association said in a statement.

The group then headed towards the West Precinct on Virginia Street and threw rocks, bottles, and "mortar-type" fireworks at officers.

At least 12 officers were injured and one was taken to the hospital after fragments hit his neck and throat area, police said. Other officers suffered lacerations and abrasion injuries.

Police used blast balls and pepper spray to get the crowd to disperse and at least two people were arrested, according to police. Police did not use tear gas, officials said. 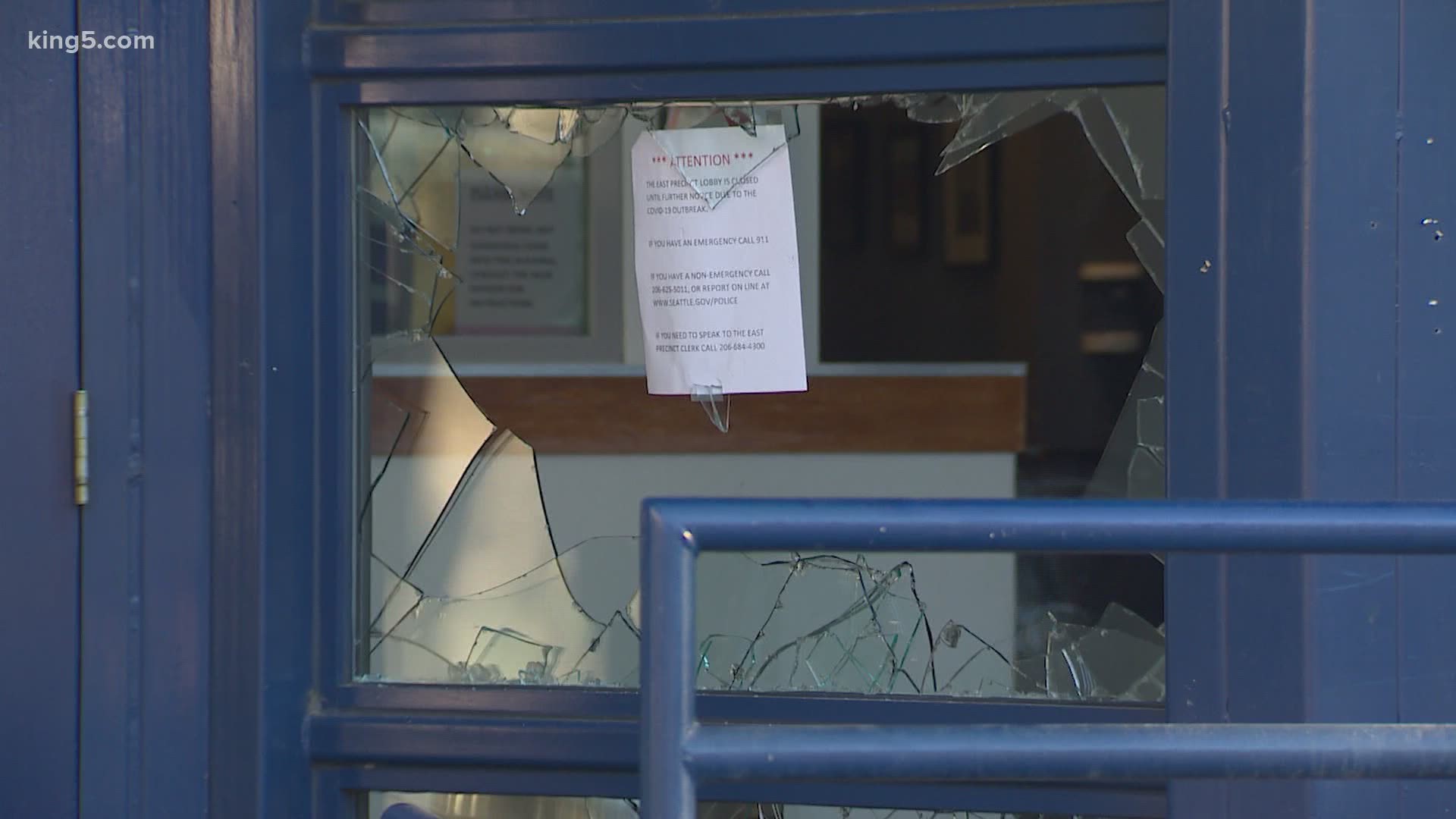 Police said the same group then marched to Capitol Hill where some people in the group “committed more property damage and looting. A small fire was set inside one of the businesses after the windows were broken. That fire was extinguished.

The group then gathered around the East Precinct. Police said several people in the group broke the front windows of the East Precinct and threw a “large, mortar-type firework” into the lobby that ignited a small fire inside the precinct. The fire was quickly put out, and no injuries were reported there. Officers found another “unlit large mortar-type firework nearby,” police said.

The group gathered in Cal Anderson Park around 6 p.m. and then dispersed a short time after that.

"These are criminal acts, not peaceful protests," Seattle police tweeted.

There's no word yet on how much the damage will cost or if there will be more arrests.

Arson/bomb detectives along with members of the Bureau of Alcohol, Tobacco and Firearms are conducting the follow-up investigations related to the arson and the fireworks.

Seattle police will be following up on the reported property damage and looting incidents. Anyone with information is asked to contact Seattle police. 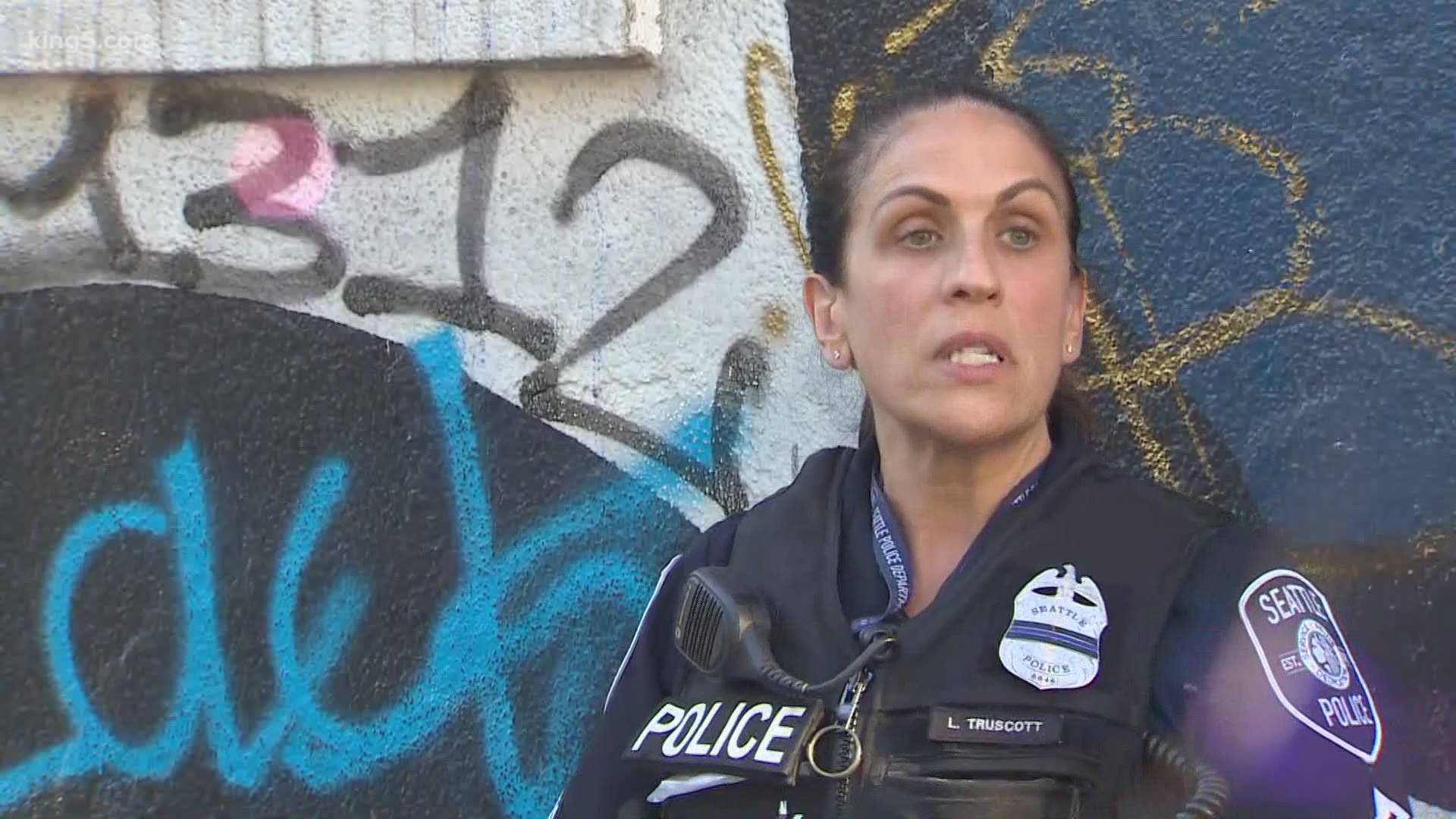