The couple received a hand-written letter with several gift cards for various maternity stores, but the Better Business Bureau warns not to use the cards. 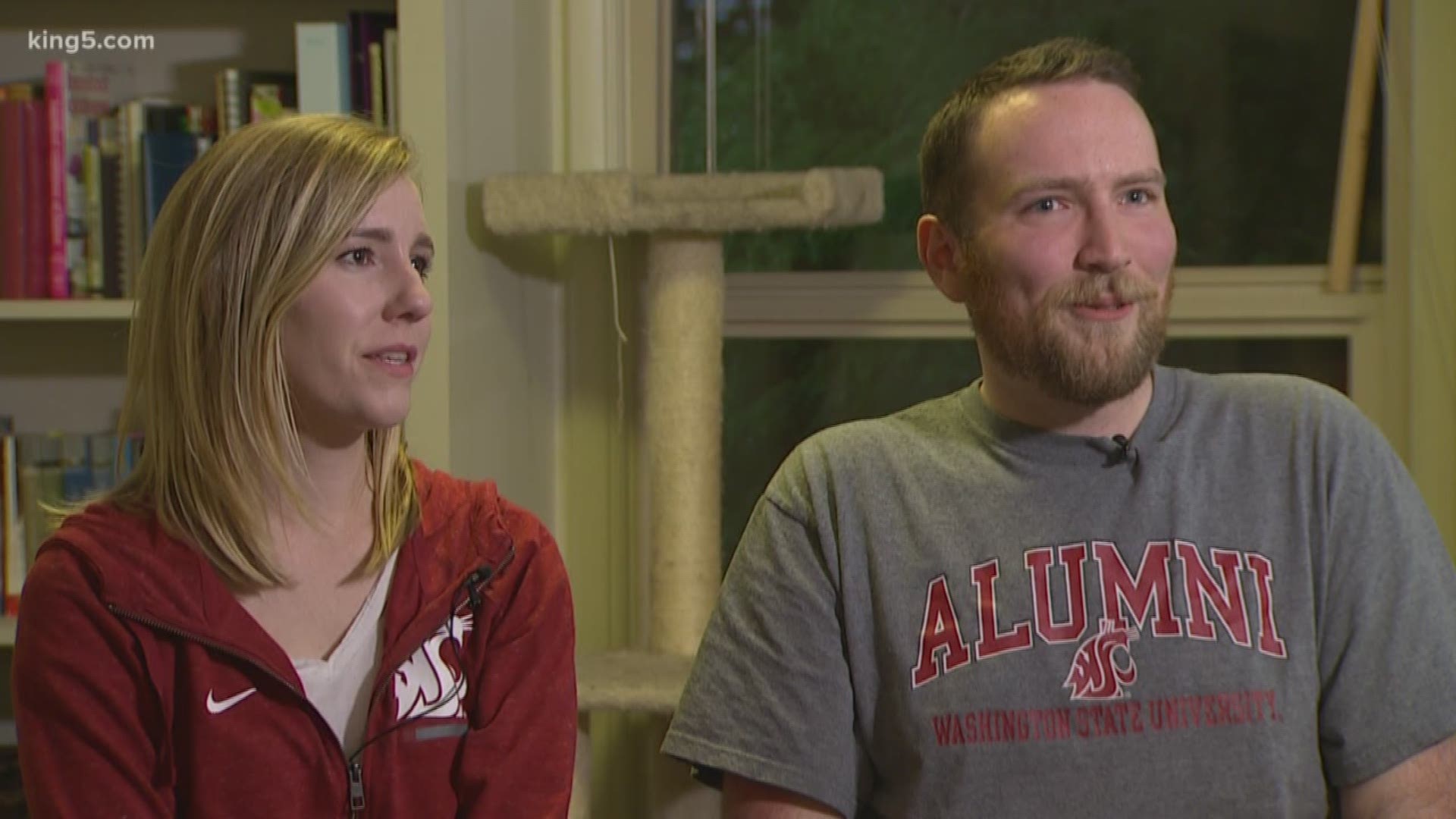 SEATTLE — There's a saying that if something sounds too good to be true, it probably is. That was certainly the case for Wyatt Smith and his fiancé Taylor Hegerberg when they opened their mail recently.

“It’s not unusual to get a handwritten card when you're recently engaged, so we thought it was someone we knew,” Hegerberg said.

But that wasn't the case.

“Inside of it was a bunch of gift cards and coupons for random maternity websites…and a receipt for proof of purchase for $245,” Smith said.

But here's another thing, they're not pregnant. “Very odd,” the couple said.

It turns out the Ballard couple was just the latest to receive what the Better Business Bureau is calling a “poor marketing ploy” by a Utah company called Mothers Lounge, LLC.

The gift cards are for multiple online businesses, but when people try to use them the prices and items available often change.

“If people were pregnant and tried to use those the cost for shipping would make it incredibly high and you can’t use the gift cards,” Smith said.

The gift cards came in a hand-written card that was signed by "Jenny Bosco."

“Spent a bit of time looking on Facebook…who is Jenny Bosco? Is there a mutual friend here?” Smith said.

When you search the name Jenny Bosco online, countless articles pop up revealing Wyatt and Taylor aren't alone. People have reported getting similar mailings across the country.

The BBB contacted Mothers Lounge in March and asked them to modify or stop sending the gift cards. They called the company’s efforts “questionable” and misleading.

The BBB said so far the company has not responded to their request and as of now, the company has an “F” rating on their site. The BBB recommends people do what Wyatt and Taylor did if you get similar mailings - don't use the gift cards.

Editor's note: A previous version of this story said the company's name was Mother Nature, it's been corrected to Mothers Lounge, LLC.

RELATED: 'Spoofing' is the latest way phone scammers are trying to steal your money