Seattle couple in the business of offering second chances 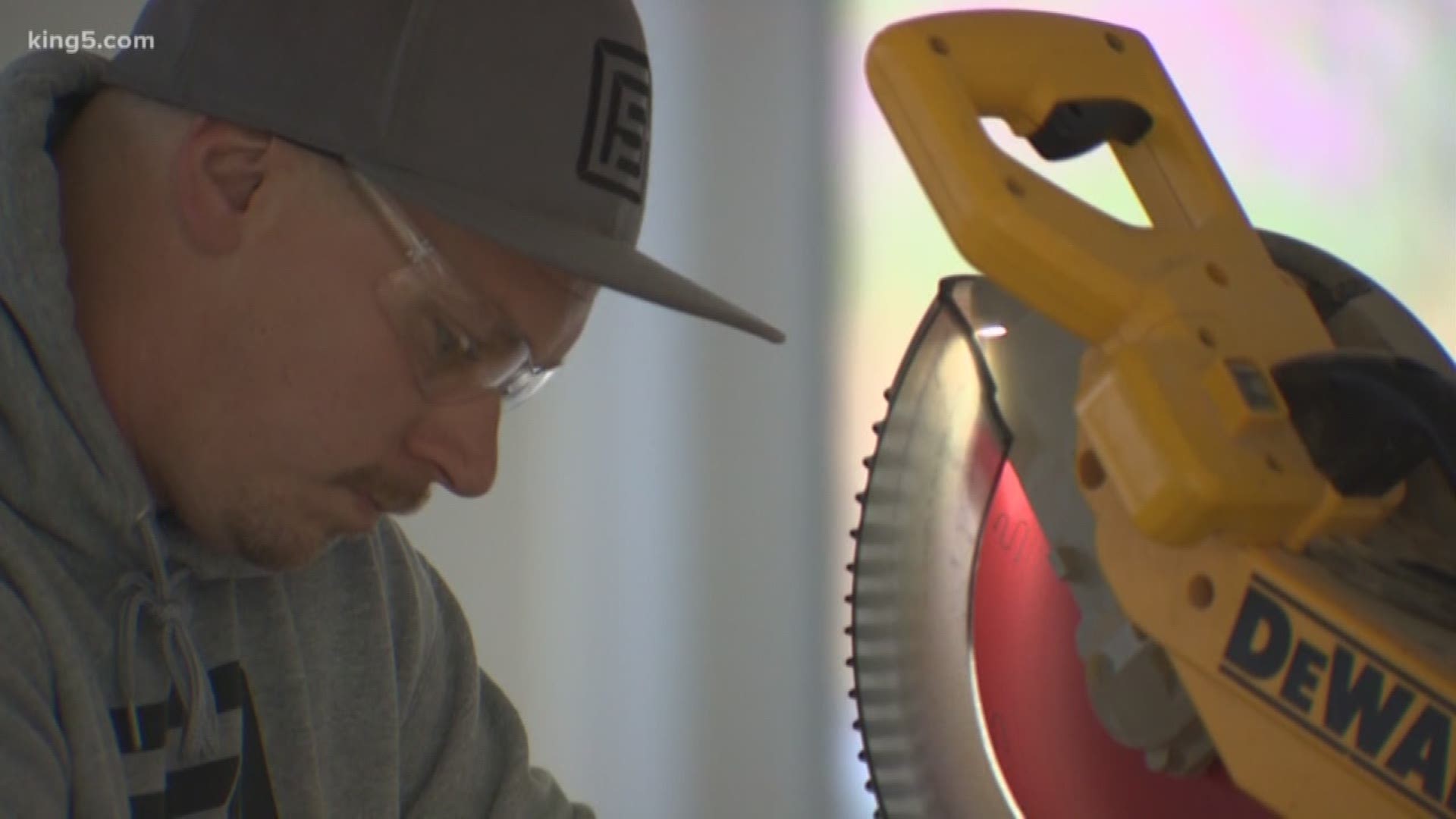 A Seattle area couple is in the construction business - and the business of giving people with criminal records second chances.

Who doesn't want a second chance? Especially if you've made some big mistakes in your life. "A second chance. Or sometimes a first chance. Some of the people who come to us have never had a chance at all," said Amy King, co-owner of Square Peg Development.

Amy and her husband Brady hired Anthony, James, Chris, Josh, and Kevin to work for their construction company. As soon as I met Amy I could see she had a soft spot for these men with criminal histories.

"Yes, I do. Very much so," she said, "Some of them are pretty soft for me too. But these guys are now my life and my family. Yeah. I'm very soft for them and I want to see them succeed. And I want them to have everything in life that I had. I mean I have forty adopted sons that I'd never thought I'd have."

The coffee table he is making is for a West Seattle home under construction. "It's always a success to me to see a guy or a gal get to a place where they turn to us and say 'I'm doing something I never thought I could do,'" said Amy, "Driving down the street and saying 'I built that building and it sold for one and a half million dollars!' And they just light up."

Giving them jobs, and finding them housing. In 2016, Amy and her husband Brady started a non-profit called WELD, which provides transitional housing for their 'boys.'

Amy had this idea.

She knew there were vacant homes all over the area, homes waiting for demolition, and developers waiting for permits to build. One day Amy calls a developer and said, "I have a crazy idea. How 'bout my guys who are homeless live in your vacant house and until your permits pop? I'll make sure they get right out of the way as soon as you're ready to develop because I know that's important to you."

A win-win. Developers are always concerned about squatters taking over vacant homes. "So we're solving two problems with one easy solution," Amy said, "And he said, 'sure why not! Let's see what happens and that was the first Weld House."

Weld is now opening their doors to women, too. Members must pay a membership fee to help with costs of running the non-profit. For more information about Weld go to https://www.weldseattle.org/vision/