City council members are considering reallocating SPD funds into other social and safety programs. The Seattle Police Officers Guild says it's not a good idea. 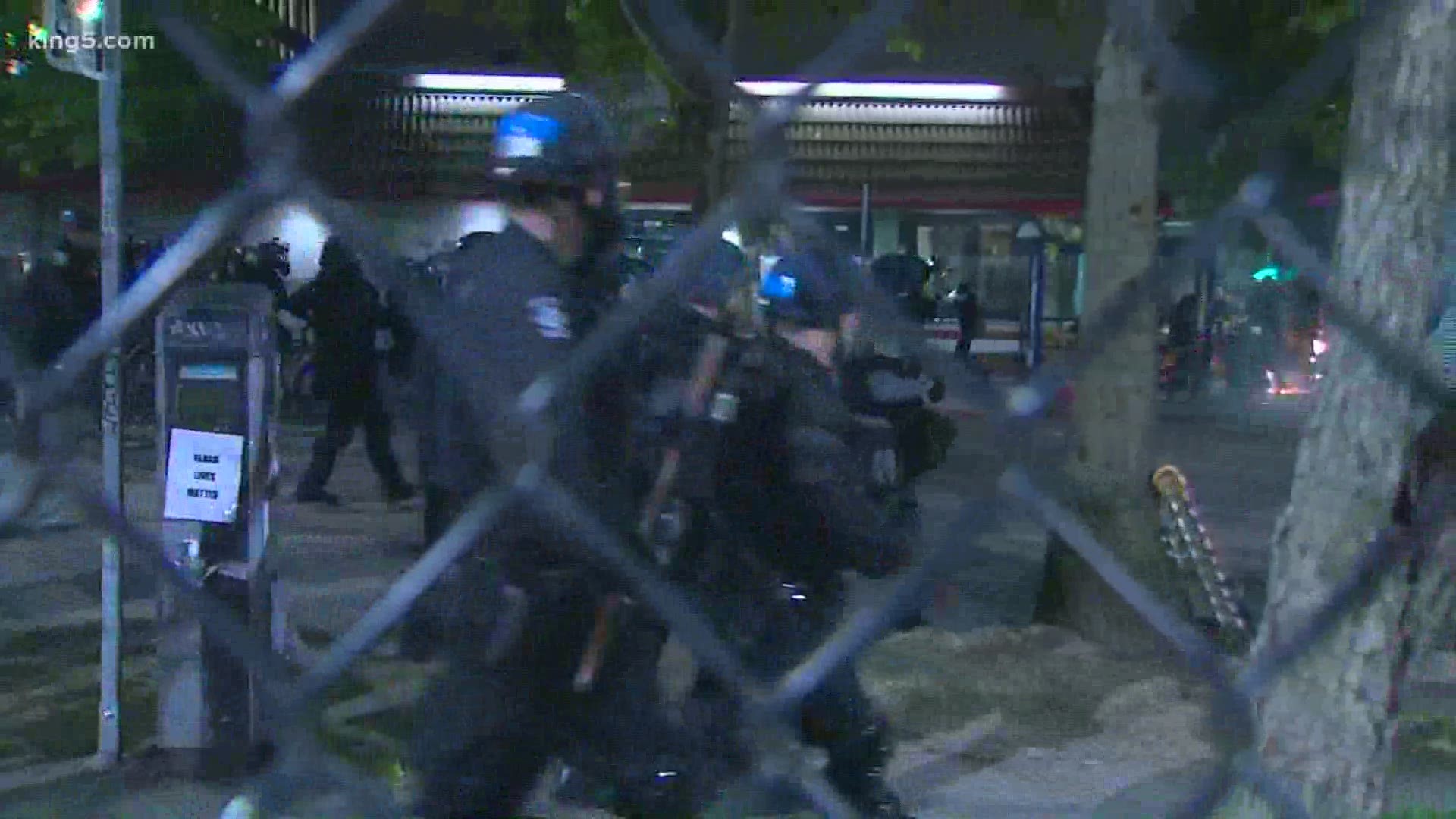 SEATTLE — Some Seattle city council members say they are interested in exploring an idea backed by many people involved in the recent mass protests — defunding the police.

"When we talk about defunding the police, it is really about reallocating funding to areas that our community needs; housing, transit, food security, childcare. We have heard from cities like Minneapolis, Los Angeles, New York, that it can be done in a way to reduce crime to invest in public safety, and that is what I am interested in doing," Mosqueda said.

However, the Seattle Police Officers Guild argued against the idea.

"We strongly condemn the tragic death of George Floyd in Minneapolis," Officer Mike Solan, police guild president, said during a news briefing on Monday afternoon. "What's happening here at nighttime, particularly around 4 o'clock in the afternoon, is unreasonable. It is a small group of criminal actors that are unfortunately stealing the peaceful protest message for justice for George Floyd, one that we support."

"We're already at the local minimum staffing levels for this city. That's a dangerous situation for the community at large. Who's going to be there to answer that 911 call when somebody says I need help," said Solan. "If you want to have a conversation about defunding the police, let's talk about the reality right now."

The debate is happening after more than a week of mass protests in Seattle and throughout the state. While largely peaceful, several nights in Seattle have ended with clashes between police and demonstrators near the police East Precinct on Capitol Hill.

Sunday started out peacefully but was first disrupted by a person who is accused of driving into the crowd and shooting one of the protesters in the arm. The driver, who faces criminal charges, told police he was confused, and shot in self-defense.

Later on, after midnight, SPD announced officers were taking heavy projectiles from the crowd and the authorization was given to use tear gas.

That authorization comes despite Seattle Police Chief Carmen Best banning the police use of tear gas for 30 days at protests, only allowing the SWAT team to deploy it as a way to protect life and end standoff situations.

On Monday, Councilmember Kshama Sawant announced she is introducing a bill banning the police use of chemical weapons.

Another Seattle Councilmember Andrew Lewis also spoke out against the use of tear gas on Monday.

"I join many of my colleagues here in condemning the use of those weapons of war on our streets, and I agree we must ban them entirely," Lewis said.

"That is a less-lethal tool that is effective in restoring public order," said Solan. "What is happening after 4 o'clock is these criminal agitators take over this peaceful protest, and it becomes a violent event. What is not being portrayed into the media or our community overall is what are my membership is being impacted by; blunt objects, bottles, rocks, cinder blocks, metal objects, incendiary devices that are exploding."

As for the issue of defunding police, Mayor Jenny Durkan said through a spokesperson that she was committed to involving Chief Best and community members in reassessing the police budget.

Yesterday, the Mayor made clear her intent to work with Chief Best, the rest of her cabinet, and community, to examine SPD’s budget and ensure that community has a has strong voice in the assessment and adjustment process—she remains committed to this endeavor and approach. She also requested that SPD stop spending under their old budget until a plan is developed with community on a new SPD budget. Due to the revenue shortfalls caused by the pandemic, the City had to start working on adjustments to re-balance the budget, which will include cuts to every City department, as the City charter mandates the City government to operate under a balanced budget. As the City continues to undergo the rebalancing process, the Mayor will continue to priorities investments in communities that are severely under resourced, including at least $100 million for new community-based and community-driven programs that invest in black youth and adults, employment programs, black owned businesses and providing alternatives to arrest and incarceration.