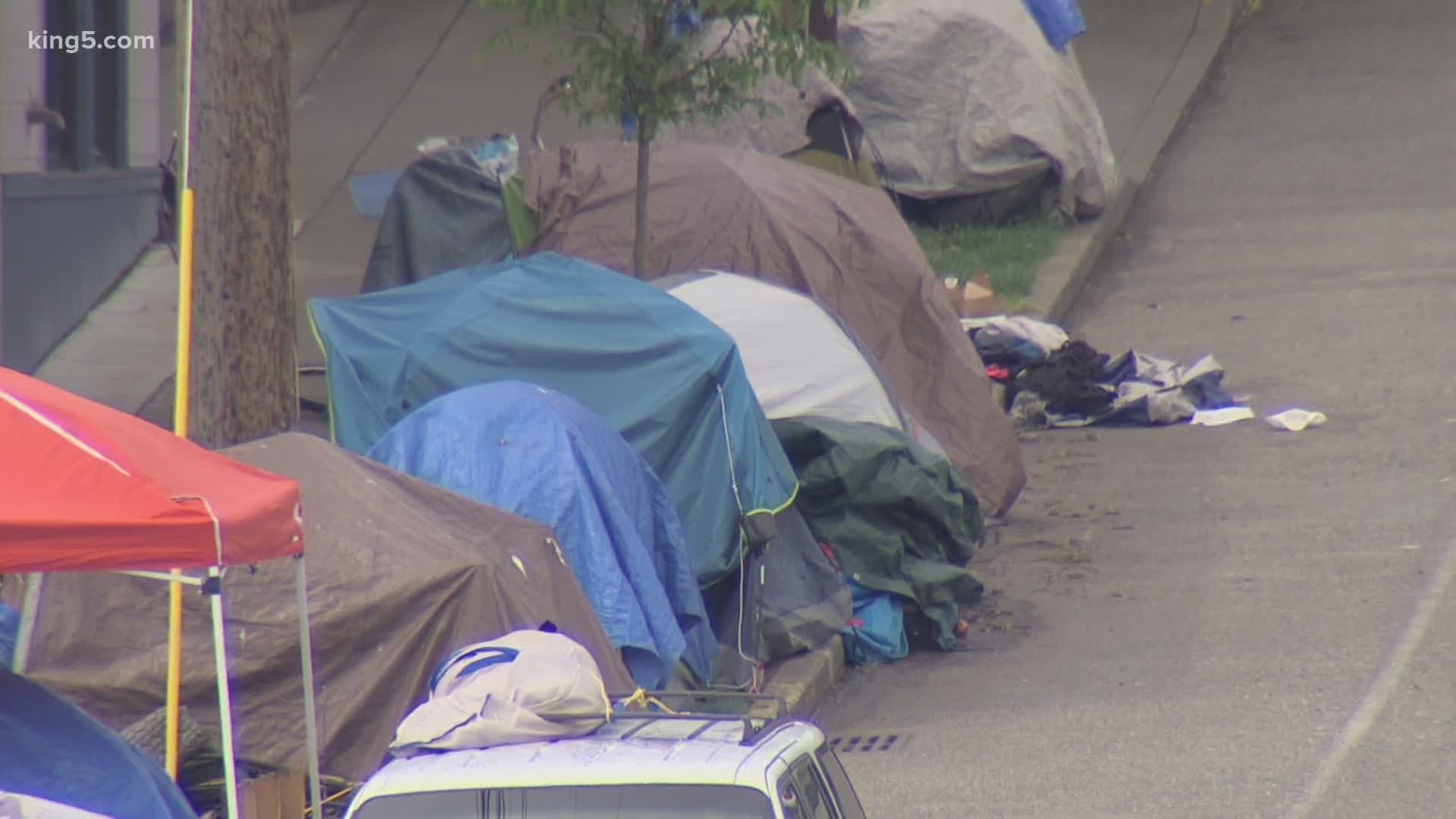 Seattle City Council members are once again attempting to limit cleanup of problem encampments, and limit funding to do so.

In a filing on Monday, Councilmembers Kshama Sawant, Teresa Mosqueda and Tammy Morales introduced budget amendment legislation to place extreme limitations on encampment removals, citing concerns over the spread of coronavirus. The trio would need enough votes from the council to approve the measure, as well as the approval of Mayor Jenny Durkan, to enact such a move.

While that does seem highly unlikely, the legislation has again stoked old debates about the best way to handle the unorganized tent cities which line certain public rights-of-way.

The city's Navigation Team, made up mostly of outreach workers, was created to help relocate unsheltered people and clean up the blight that can be associated with tent camps.

"The Navigation Team is at the front line of being people get inside to really some of these amazing resources," said team lead Tara Beck.

Beck said that the team had given out 2,500 hand hygiene kits, and has tested people for hepatitis and COVID-19.

Multiple business owners in the Chinatown-International District also signed letters urging the city to clean up problem areas near 8th Avenue South and South King Street. City data also shows another large encampment near 12th Avenue South and South Weller Street has had a significant increase in criminal activity, including burglaries. The Navigation Team has also relocated 40 people from the area into more stable housing.

"My understanding is the legislation says COVID can't be cited as a reason to remove an encampment," said Councilmember Andrew Lewis, whose committee will take up the legislation.

Lewis said he wants to hear more from public health officials about the pros and cons of removing problem camps. He also acknowledged hearing complaints about encampment growth associated with the economic downturn.

The proposal, as it stands, seems to be a no-go with the mayor. In a statement, Durkan's spokesperson Kamaria Hightower wrote "an initial review of the legislation indicates it would increase the risks to both encampment residents and impacted communities. It would essentially ensure that unsafe and dangerous encampments that pose a public safety threat could not be removed – even at locations where there have been a significant increase in crimes that impact both the residents of encampments and the neighborhood.

"Preserving the public safety is a primary responsibility of the City, and the proposed legislation would eliminate the City’s ability to fundamentally protect residents and businesses from not only COVID-19 but other public health and public safety concerns."

Yet, the question of who is safer —  the residents or the people who work and live nearby — will be of central debate.

A woman named Lola, was still settling into her home at a city-sponsored Tiny House Village, says she'd been shifting around between shelters, and cots in group settings, and was at risk of sleeping outside.

"We are safe here, we can get clean," she said. "If it wasn't for this, I would be on the streets."  She says the Navigation Team helped her find the spot at the new TC Spirit Village, and she now believes she has some stability.

There have been no positive cases for COVID is any of the nine tiny house villages.

"It's going to be okay, I'm going to survive," Lola said.