A Seattle company is helping reduce waste by turning plastic bottles into clothing. 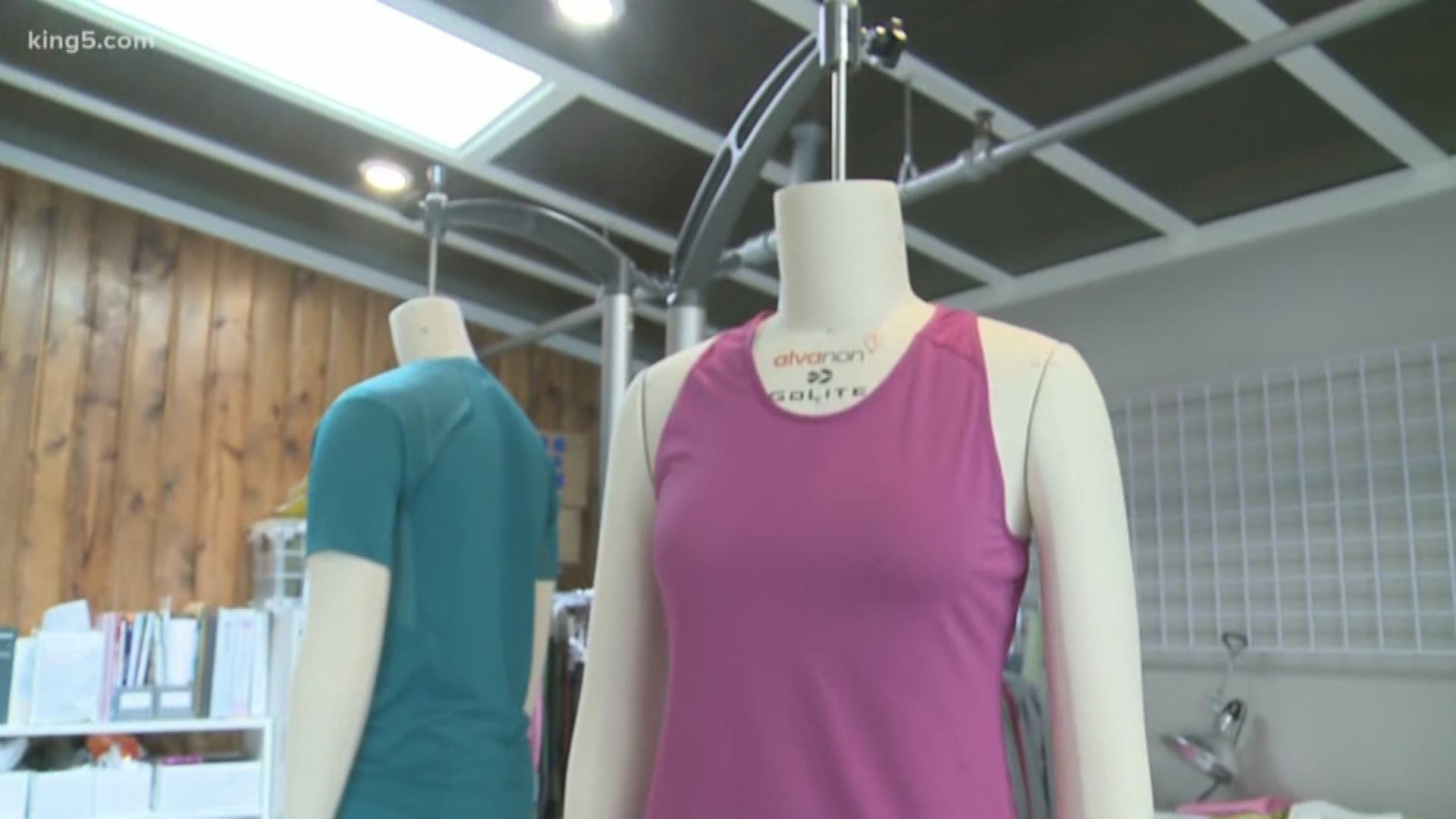 SEATTLE — Plastic turned fashion is a growing trend for companies focused on recycling waste into clothes.

Seattle-based GoLite has joined the movement and recently announced that consumers will soon find their garments at REI.

The bottles come from Taiwan, where a group of local environmental advocates collects plastic for recycling. DA.AI Technology Co. Ltd. reports that it works with 8,600 recycling centers staffed by tens of thousands of volunteers.

The process then breaks down the bottles into usable fibers.

"Melting them down, chipping them into smaller pieces, melting that, and re-extruding that into a fresh fiber that can be woven into a fabric," said Design Director Caroline MacMillan.

Any piece of clothing that uses one to two yards of material is about 20 bottles depending on the fabric, MacMillan said.

As microplastics washed into oceans from garments continue to perplex scientists and fashion insiders alike, GoLite said it tries to reduce its impact by using fleeces or fabrics that shed badly.

"Can't avoid it completely," MacMillan said. "All of our fabrics have nice, smooth hands. They're filament fibers that won't shed as easily."

Some estimates calculate a million plastic bottles are created worldwide every minute. The overwhelming majority of plastic pollution in the oceans, as much as 90%, originates in Africa and Asia.

China's decision to stop accepting global trash for recycling has sent the world's waste processes into a tizzy. Estimates of what plastic trash is recycled in the United States range from just nine to 25%.

They also realized that green colored plastic bottles often weren't collected for fabric by companies because they are hard to dye. GoLite decided to launch a collection with a green tinge so those green bottles could also enter their line.

"We really do feel like there is a lot of value in keeping these bottles from ending up in landfills and oceans," MacMillan said.

GoLite is also focusing its brand on philanthropy. They're turning excess fabrics into clothes for medical teams in Uganda.

Their website reads: "We worked with Medical Teams International to develop a uniform program to protect global health workers in the field. Now there are thousands of health workers in Uganda, wearing the uniforms we designed and made for them while they treat hundreds of thousands of refugees. This is just our first project."

"So, we're pretty proud of that. In fact, those shirts are the shirts we're the most proud of," said Marketing Director Janine Robertson.

GoLite is focusing on multipurpose garments that last a long time to make sure their clothing "has a real purpose," according to MacMillan.

"I think that's one thing that's really worth thinking about as a consumer too, making sure that the lifecycle of your garment will last long enough to make its impact on the plant worthwhile," MacMillan said.