On National Night Out, community members also held a vigil to pay tribute to the lives lost in recent mass shootings. 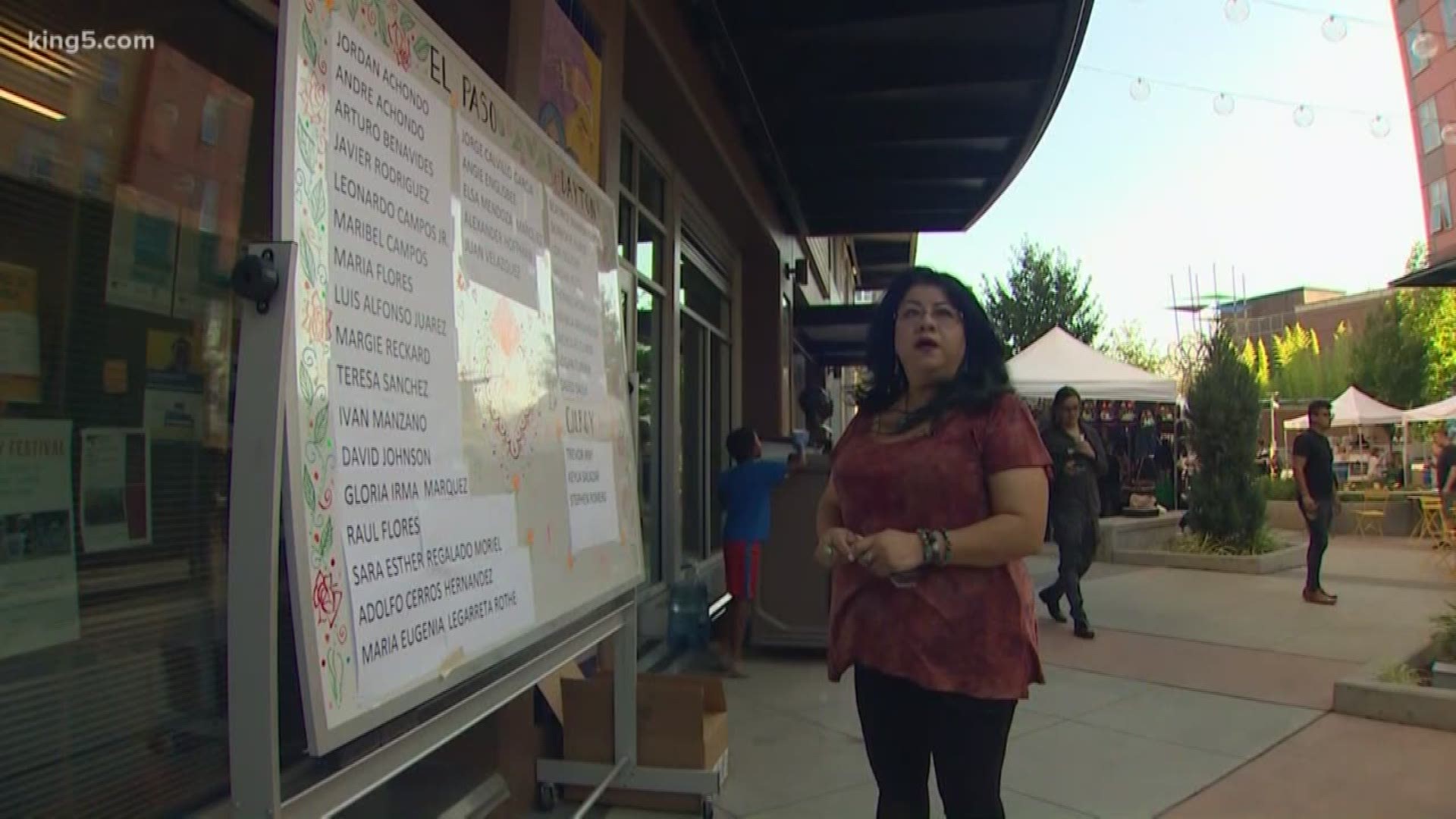 SEATTLE — On National Night Out, El Centro De La Raza decided to host a vigil to honor the victims of mass shootings that have happened over the last week and a half.

The names of victims from the shootings in Gilroy, California, El Paso, Texas, and Dayton, Ohio were on display. Police said the shooter in El Paso appeared to express white nationalist and racist views.

Garcia spent time Thursday night decorating the board that listed the victims' names to attract more attention to the lives lost.

"We are honoring and in some way celebrating the lives of people even though we don't know them," explained Estela Ortega, Executive Director of El Centro De La Raza.

Speakers addressed a crowd of people, denouncing hate and calling for unity.

"I know it is about imagining a world with peace and love and that certainly is resonating with everybody because the country right now is so full of hate," Ortega said.

"We need to make sure love prevails," said Garcia.

RELATED: Dayton gunman had history of obsession with violent ideologies